Lewis Hamilton led the first free-practice session of the Grand Prix of the USA, three tenths ahead of his teammate Nico Rosberg and two seconds away from Max Verstappen.

The weather was incomparable to last year’s with sun and several clouds in the sky. The first free-practice allowed the rookies of this year but also last year to get used to the track under dry conditions.

The best time has been set by Lewis Hamilton, three tenths faster than Nico Rosberg, putting him in the best position for this week-end and break Rosberg’s momentum since Spa–Francorchamps.

The best of the others, Max Verstappen, was two seconds away from the Mercedes but did not use soft tyres so he should be able to go faster in the week-end.

The noticeable incidents of the session were provided by Daniil Kvyat and Jolyon Palmer, both of them spinning. Sebastian Vettel also provided some good image with his mirror breaking and him having to hold it in his hand until he got to the pits. In the last stages of the session, both Haas cars stopped at the end of the pitlane. 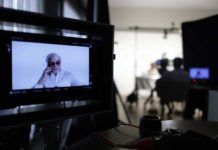 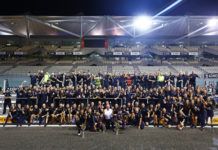