Home F1 Haas upbeat to be close to Red Bull but cautious for Spanish... 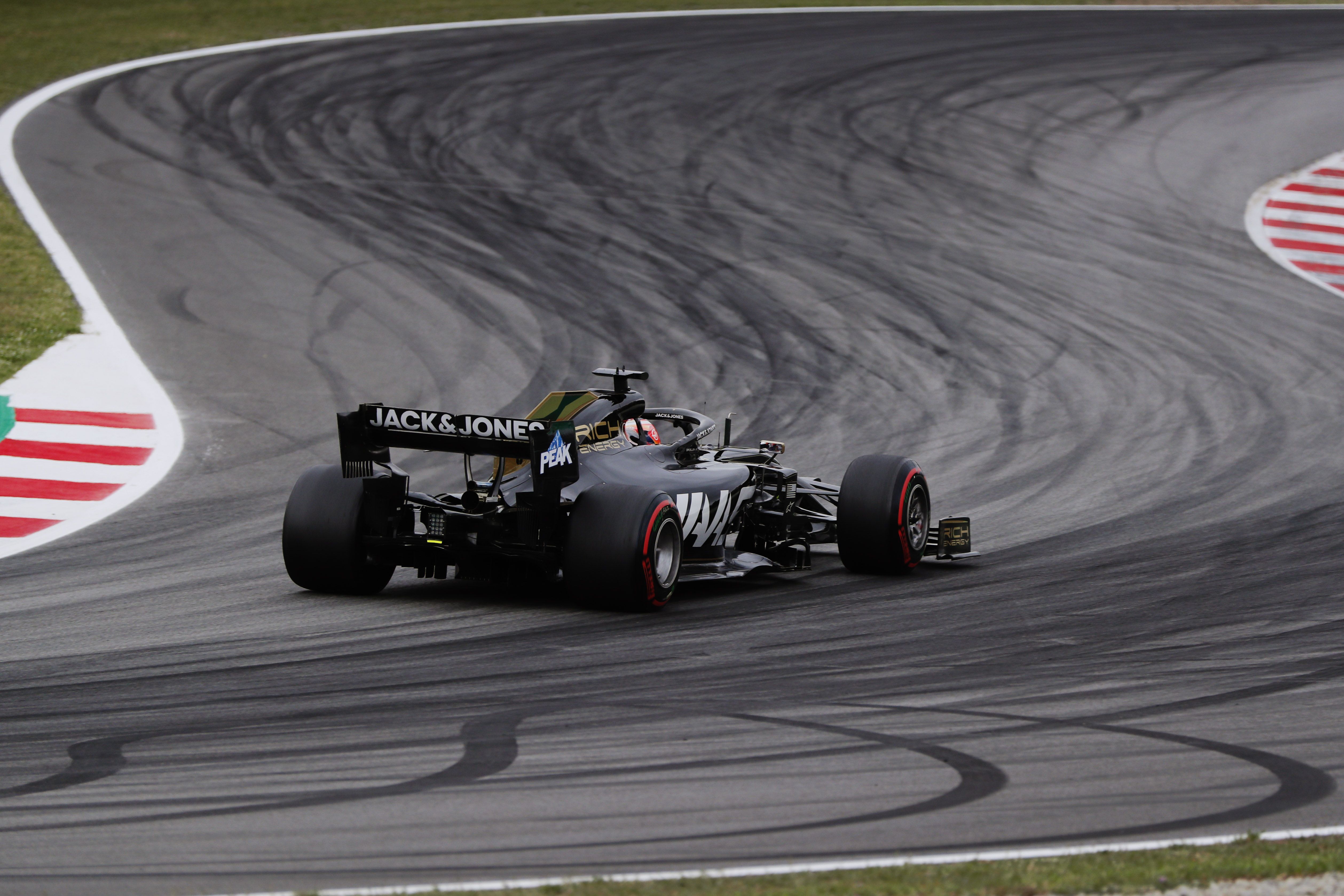 The Haas drivers did pretty well in F1 Spanish GP qualifying to be close to Red Bull Racing but it remains cautious with their tyre troubles in play.

After the issues in Baku and other races, both Romain Grosjean and Kevin Magnussen seemed optimistic after Friday as they felt that they have some solution in place to get above their tyre troubles with the upgrade they have for Spanish GP.

Grosjean used it on Friday but Magnussen got it as well on Saturday with the two making it into Q3 at ease to be seventh and eighth respectively. While the two Haas drivers were only apart by 0.011s, Grosjean was only 0.203s behind Pierre Gasly.

From Max Verstappen, he was only 0.554s aloof and with Ferrari’s Sebastian Vettel, he was just 0.639s away, even though the Italian manufacturer is running the new power unit. While the qualifying was a success, they are still cautious on race due to the tyres.

“I hope we can carry this form over in the race,” said Grosjean. “Here we’ve got the tyres to work nicely, an area we’ve been struggling with recently, but we’re happy with qualifying. We’re not far off the Red Bulls.

“And we’re a good chunk ahead of the cars behind us. I think we can be proud of that. Everyone knows this track very well, so it’s not easy to make a difference. We extracted the best. It’s been a good day – a good qualifying.”

At the same time, Magnussen added: “We probably did the maximum we could. We were just two tenths of a second from one of the Red Bull and ahead of the rest of the midfield, so I’m quite happy. We’re not quite sure about race pace.

“We know it’s a difficult track to overtake on. We were sixth tenths of a second faster than the next best in the midfield behind us, so hopefully we’ll have enough to keep those guys behind. I don’t think it’ll be an easy race.”

While Haas took positive vibes from being closer to Red Bull, the team were happy to be in Ferrari territory themselves with Verstappen managing to split the two after troubles for Leclerc. Their concern is Ferrari and not so much Haas.

“I think we maximised qualifying and I was very happy with how close we were to Seb and that I was able to split the Ferraris,” said Verstappen. “The Mercedes cars, and especially Valtteri, were just too quick.

“But we recovered quite well and the car balance was a bit better than before. Of course, I would have liked to get a bit further to the front, and we still have to find some time but our pace in the long runs was good.

“And in the race we’re normally a bit more competitive so I’m positive. Mercedes are quick but I think we can fight for a podium.” Red Bull teammate Gasly wasn’t too far back as well with the Frenchman concurring Verstappen’s sentiments regarding catching Ferrari.

Meanwhile, it was a positive day for Renault’s Daniel Ricciardo to make it into the Top 10 but the Australian will start from 13th with the penalty. Teammate Nico Hulkenberg though rued the mistake he made to miss out on a better qualifying.

In the happy list was Toro Rosso’s Daniil Kvyat too in ninth with McLaren drivers somewhat pleased with Lando Norris in 11th and Carlos Sainz 13th – both to start one place up – as they pretty much expected the performance they showed.

It wasn’t happy mood for Racing Point and Alfa Romeo Racing drivers though as they lagged behind while Toro Rosso’s Alexander Albon conceded trying too much for his sliding on his quick lap to end up outside the Top 10.

Mercedes v Ferrari: Bottas on a high in Spain as Vettel talks of approach

Spanish GP: Bottas beats Hamilton to pole in another Mercedes 1-2