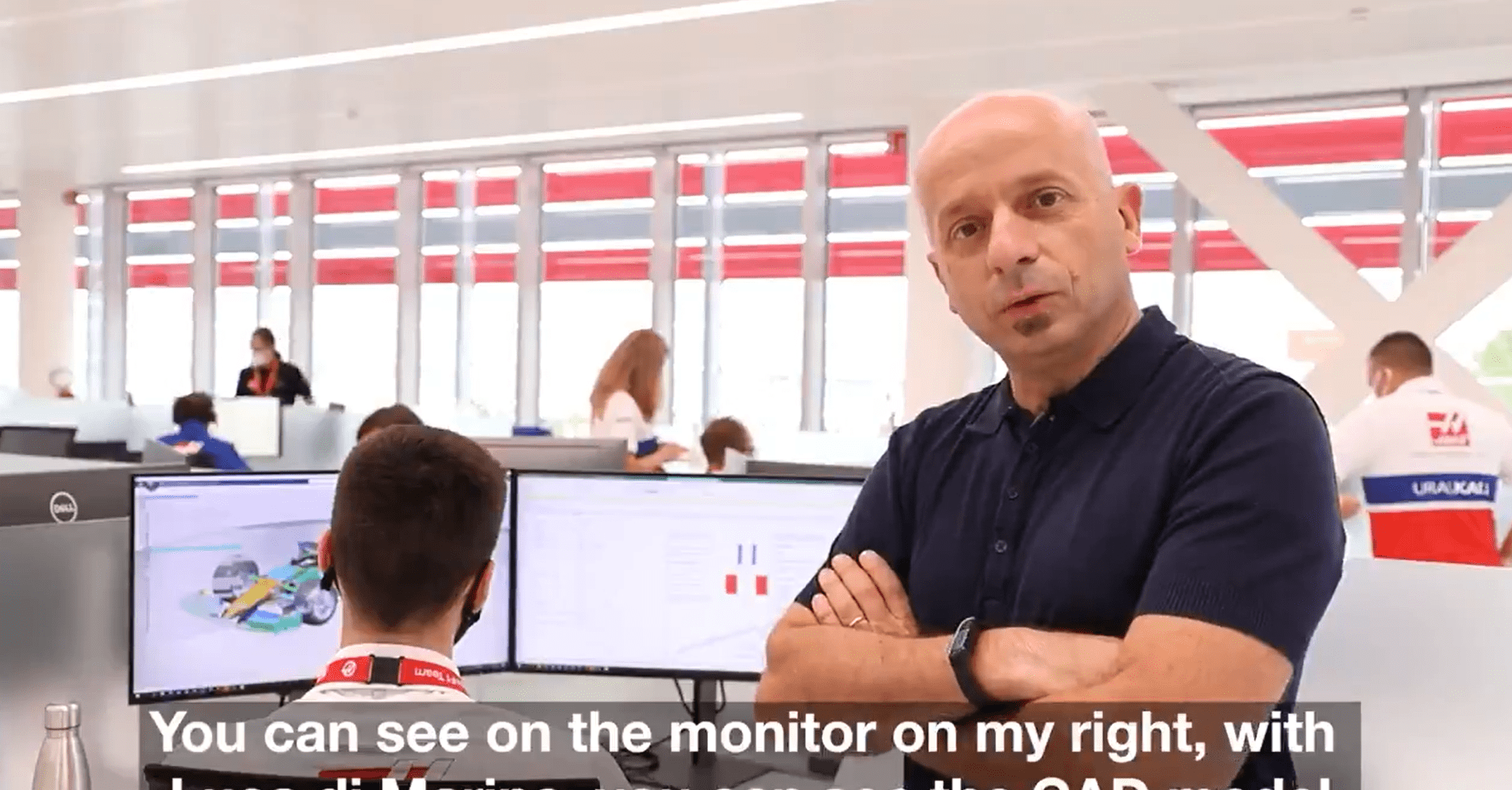 Guenther Steiner talks about the hiring done by Simone Resta as Haas shares a video of its Maranello F1 base which Gene visited recently.

Haas technical director Resta has assembled a crack team in the fight for significant improvement in 2022 for the American outfit with the opening of a Maranello office and the recent visit of owner Gene Haas has filled him and the team with optimism.

We all know 2021 has been a year to forget for Haas, but this is because their focus has been on the all important 2022 season. New rules, new regulation and a new era as F1 takes one of its biggest aerodynamic turns since 2009. With this comes massive opportunity to climb the field and give yourself a solid foundation for the years to come.

This is something Haas are looking to exploit. Technical director Resta has assembled a top team of engineers and aerodynamicist to give the team the best chance of fighting for points at least next season. Haas team principal Steiner was recently asked how important this recruitment process has been in getting ready for 2022.

“Obviously with Simone when he took on the responsibility as technical director he needed to hire people and that’s what he did the first thing in the beginning because after last year we were a little bit down,” said Steiner when asked by FormulaRapida.net.

As much as being ready is the intention, the Haas chief reminds us that one is never ever ready in full force. “You’re never ready, there’s always something moving but I would say 98% of the technical team is together there is always some small changes obviously because it’s over 100 people so you never do nothing, but I think we’ve got a good group of people together now,” said Steiner.

They seem satisfied and confident with what they’ve got. Steiner trusts Resta which is crucial because you have to have this in any team let alone an F1 team, otherwise potentials don’t get realised. “Just moving forward or actually we’re not moving forward from now on, we started already months ago to move forward so you know now in the moment it’s looking very good there,” he added.

Momentum seems to be building and Haas are on the right track by the sounds of it. It’s safe to say Haas are putting the most emphasis of anyone on next season but will it be too much pressure perhaps? With the technical team assembled, ready and well on its way, how does owner Haas feel after a recent factory tour.

G Haas has had a topsy-turvy run in F1, with the move to the pinnacle of motor racing by far being his most expensive outlet after his NASCAR team and various other ventures. After what will be six seasons, the team hasn’t had a lot of success, mainly because they aren’t a manufacture, and their resources are significantly lower than those around them.

Despite this though they have had fruitful and borderline competitive seasons and moments. “It was very good before Monza to visit everything,” said Steiner. “I mean, I was there anyway before, but to go around with Gene and show him what we have done in a short time since we reignited from last year. We have done quite a lot of things.

“It was a very good visit. And the progress is good.” So long as Gene is happy, the team is happy because at the end of the day he is the lifeblood of Haas. It reiterates the positive feeling the team have heading into 2022. The new season is almost like a rebirth for the American outfit with a clean slate.

“For me, it just feels very similar, as when we were in 2015/16, developing, and just going flat out,” said Steiner. “I can say  that next year we will be better. Hopefully we will be better. But I still don’t quite know, because I don’t know the other people. Even if we are not immediately at the level where we think we are, we know that we have got the capability to bring us there; It’s not like, a stop. It’s just like a continuous developing.”

The first year for Haas in 2016, they were surprisingly competitive, they scored a decent amount of points and built on that for the next few years. Next year has to be better, it has to, otherwise you question how much longer they will stay in the sport. Its no secret that Gene’s patience won’t last forever, and his pocket isn’t endlessly deep either.

Over the past few years Haas have sunk slightly and Steiner knows this. “Sometimes you get things wrong,” he said. “And maybe two, three years later you fall back a little. However, we know we have got now the staff there to go into the future again, like we were in 2016/17, and we ended up fifth in the championship in 2018 then.”

The year 2018 was by far the team’s best year in F1 and 2016 and 2017 weren’t bad either so Haas will be looking to at least recreate this or give themselves a platform to beat it eventually in 2022. Like he says and Resta has proved, the team is there now. Failure in 2022 is not an option for them.

You get the feeling its make or break because this scale of rule changes doesn’t happen often, and they have to capitalise. Gene may be optimistic but what actually happens next year is another thing. They’re clearly throwing everything at it and Resta’s team are already well on their way to assembling a points scoring car. Improvement from them is inevitable, it’s just how much.

Welcome to our 🇮🇹 office!

Technical Director Simone Resta shows us around our Maranello base, the epicenter of our 2022 car design. #HaasF1 #FWD2022 pic.twitter.com/xMSH2O40yz

Here’s Haas on being in two minds regarding experienced drivers