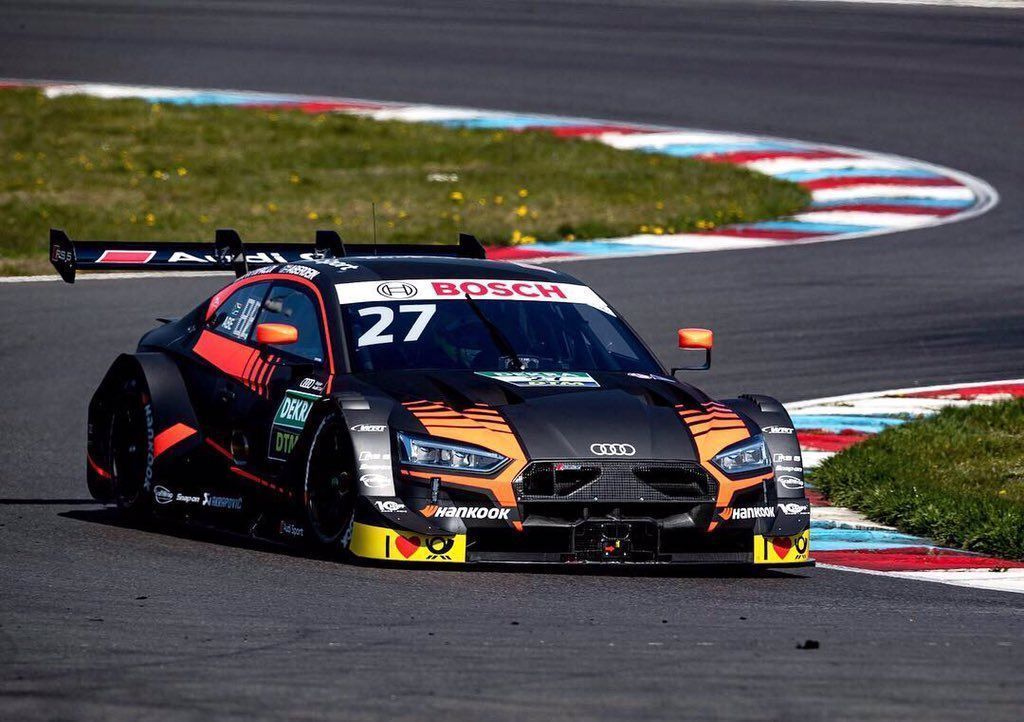 Haas F1 Team tester Pietro Fittipaldi has signed up with Audi Team WRT to make his DTM debut at Hockenheim.

Fittipaldi signed on as Haas tester last year and hoped to combine his duties with a racing season in Super Formula, where he tested in the rookie test. However, with no deal coming through, the Brazilian was left with little options until the DTM test happened.

Earlier in the weekend, Fittipaldi was announced to run with Team WRT – Audi’s customer outfit in DTM – alongside Jonathan Aberdein, who is confirmed for the 2019 season. With the test underway at Lausitzring, Audi confirmed Fittipaldi’s full-time signing.

The Brazilian, grandson of two-time F1 champion Emerson, will thus make his touring car debut abode a Audi RS 5 DTM car in the 2019 season-opener at Hockenheim during the May 4-5 weekend after the pre-season test.

“I want to thank Team WRT and Audi Sport for their support and trust, which are allowing me to join an exciting series such as the DTM,” said Fittipaldi. “It’s probably one of the most competitive series in the world, and I can’t think of a more exciting challenge.

“The test at the Lausitzring went very well, we did a good job and tested everything we wanted to test. I am very pleased to work with such a great group of people. It was my first time in Lausitz and my first time with the Audi RS 5 DTM.

“It is different from anything I have driven so far. The sessions were very useful to familiarize with the car and start exploring the limits. We know that we have a lot of work ahead of us and much to learn.

“But I am definitely enthusiastic about the package and the project.” Team WRT head Vincent Vosse said: “I want to thank the entire team for the hard and excellent work done in the last weeks to prepare the cars, which have performed well at the Lausitzring test.

“We are delighted to welcome Pietro alongside Jonathan, and we are now fully geared to take up the challenge of our maiden season in a fantastic series such as the DTM. I want to thank Gunther Steiner and Haas F1 Team for allowing Pietro to be with us.

“At Team WRT, we have a long-standing tradition on betting on youth and give concrete opportunities to young, talented and fast drivers, and that has always paid off. It makes us proud to join the DTM with the youngest pair of drivers of the 2019 field.”

Dieter Gass, Head of Audi Motorsport, added: “I am very glad we could give WRT Team Audi Sport a hand in signing Pietro Fittipaldi as their second driver for the 2019 DTM season opener at Hockenheim.

“We always strive for making DTM more international and have famous names involved. Having the ‘Fittipaldi’ name in the DTM is great news for the series. Despite being just 22 years old, Pietro has already proven his talent in various motorsport categories.

“He as recently become an official test driver for the Haas F1 Team as well. I’m looking forward to see what he can achieve with the Audi RS 5 DTM. Vincent Vosse has formed a kind of ‘junior team’, which perfectly fits to our idea of a DTM customer team.”

The Brazilian also completed the 18-car grid for the 2019 DTM season with Audi running eighth cars in all, while BMW will field six and new entrant Aston Martin – through the support of R Motorsport and HWA AG – entering four.