Home F1 Haas concedes Monaco, Canada will not be easy F1 races for them 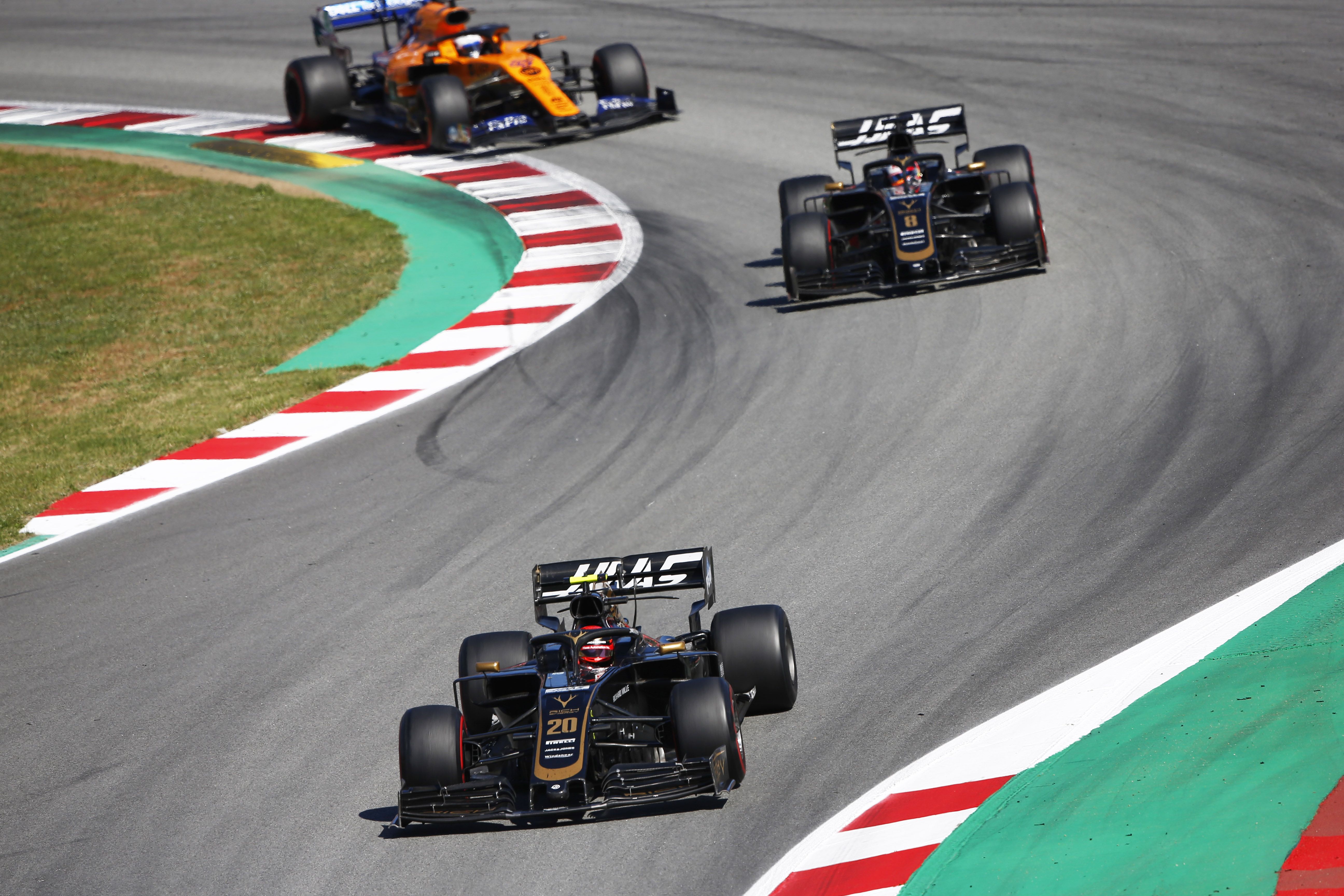 Rich Energy Haas F1 Team’s Guenther Steiner reckons the upcoming Monaco GP and Canadian GP won’t be easy ones for the them as the Spanish GP.

After the struggle in the three F1 grand prix, Haas bounced back in Barcelona with a double points finish, but Steiner along with the drivers Romain Grosjean and Kevin Magnussen put it down to the track layout helping the car with the tyres.

While work has gone behind the scenes to improve their situation with the 2019 F1 Pirelli tyres but for now, the team is not hugely confident of sound results in the upcoming Monaco GP and Canadian GP, where they faltered in 2018 as well.

Pirelli’s Mario Isola said he knows what is ailing Haas but washed off his hands stating that they cannot do much as it isn’t a problem faced by majority teams on the grid. This leaves Haas to find solutions themselves in the fight for fourth place.

“The biggest difference is the layout of the racetrack,” said Steiner, when asked about double points finish in Spain. “The Barcelona track allows quite a lot of energy into the tyres, and therefore we could heat them up, which didn’t happen in the other three races.

“We were pretty confident coming to Barcelona that it would work but, again, we needed to prove it, and we know now that at circuits like this it works. Hopefully going forward, by using the softer type of tyres over the next few races, that will help as well, and we can get the heat into the tyre.

“Monte Carlo and Canada will not be easy for us, but we will try our best to get the tyres to work and get a good result. I think the biggest difference for Monte Carlo will be the choice of the tyre.

“We’re running the C4 and C5s from Pirelli – the softest types of tyres we can use. With those tires, we hope we can get the temperature into them and have a good result. We have to try, and we’ll only find out on Thursday what is happening.”

Since Haas has a good practice and qualifying pace, the team is banking on getting a double Top 10 on Saturday itself, so that they can hold off the competition on Sunday at the Monaco circuit which is difficult to pass on.

Meanwhile, the upgrades they brought in Spain seems to be working well. It was first fitted to Grosjean’s car and with the positive numbers from his side, it was also put on Magnussen’s car for Saturday and Sunday.

“The upgrades worked great because our pace was very close to that of Red Bull,” said Grosjean. “That’s amazing. I still believe without the upgrade we would have finished seventh, but maybe not so close to the top teams.

“Because our main issue since the start of the year has been getting the tyres to work, and we did that in Barcelona. That’s where the performance came from.” The safety car bunched them together but Magnussen finished nine second behind Red Bull’s Pierre Gasly.