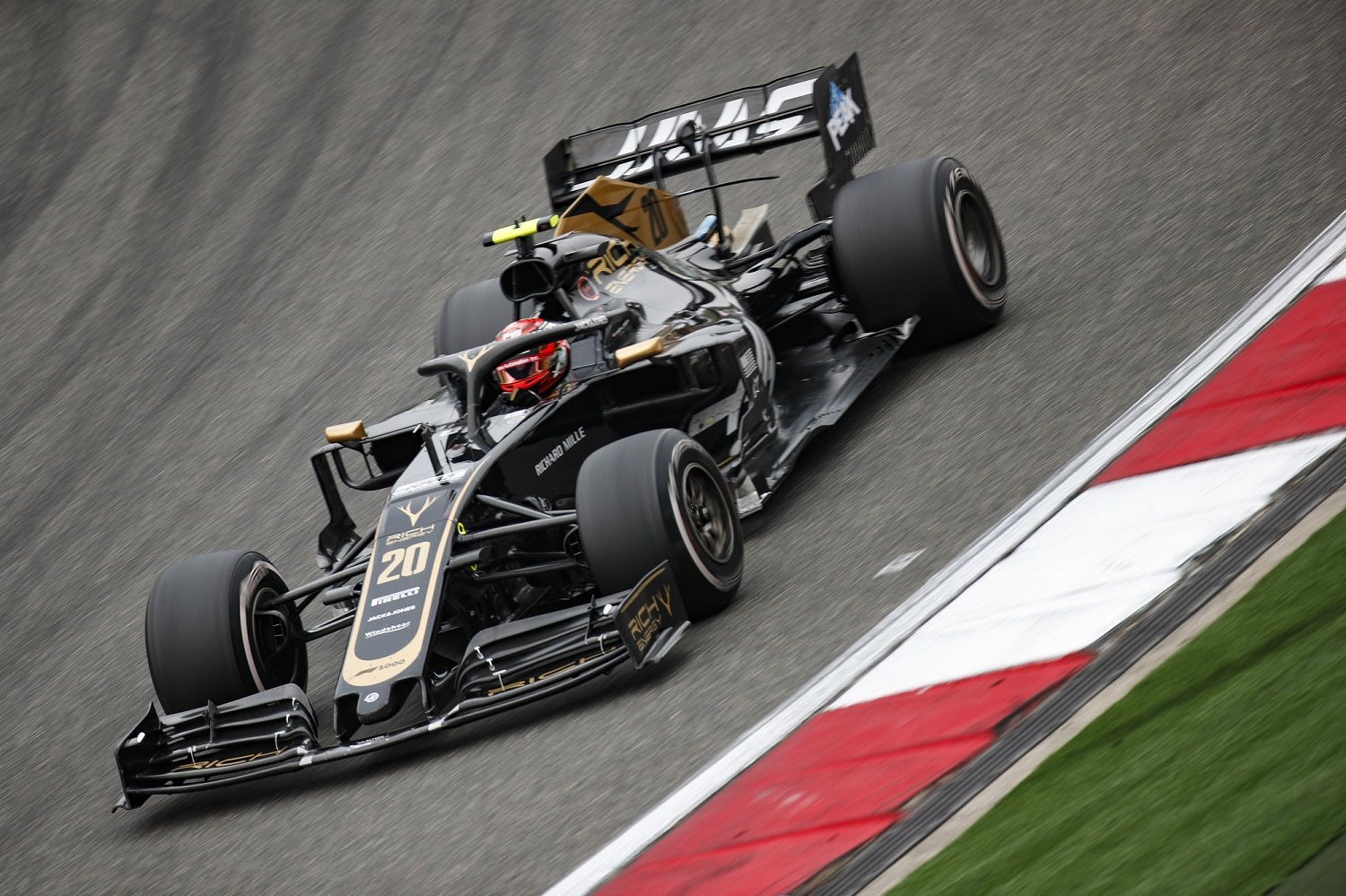 Haas F1 Team admits the upcoming F1 Azerbaijan GP will be a difficult race for the American outfit as they have no easy fix for their tyre issues.

After the high of Australian GP where Kevin Magnussen ended up sixth on the lead lap, it looked like Haas could fight well for fourth and may have closed up to the Top 3 teams to be ahead of the rest of the midfield pack.

Their qualifying pace seemed well but Bahrain GP showed a dismal race pace which was worse than what they had anticipated it to be. They worked on it during the Bahrain test but they were nowhere in the Chinese GP as well to finish outside the points.

As they now head to the Azerbaijan GP, Haas team principal Guenther Steiner has openly admitted that they are bracing for a difficult grand prix as the issues they are facing with tyre performance has no easy fix and the circuit not best suited for their car.

“Baku will be another difficult event for us because of the long straight and the slow, low-energy corners,” he said. “Hopefully some of our solutions will work, which we’ve been working on since the test in Bahrain – to get the tires into the window.

“Otherwise, Baku could be another difficult circuit for us. We learned a lot in the two-day test after the Bahrain GP. We understand it, we just couldn’t find solutions in time for the upcoming events, because you need to develop those solutions and parts.

“Hopefully we’ll get on top of that one, sort the problem, and be as competitive in the race as we are in qualifying.” Despite the tyre issues, Steiner along with the drivers Romain Grosjean and Kevin Magnussen reiterate that the VF-19 is a quick car overall.

The drivers feel that they are unable to find the optimum operating period to get the tyres work in the races as Pirelli universally introduced a thinner tread for 2019. “The grip is going,” said Grosjean. “We have good grip in qualifying.

“On new tyres, the car is amazing, but when we go into the race, we’re losing the grip and things become a bit more complicated. That’s the problem we’re facing at the moment. It’s probably coming from the way we use the tyres.

“We haven’t managed to get on top of it yet. That’s our number one priority for the next few races. The [operating] window may have moved, or the operating of the tyres may be a bit different with the thinner treads.

Magnussen concurred with Grosjean regarding the thinner tread point, but hopes that Haas can fight for points in Azerbaijan GP even though the track will be difficult for them. “The tyres are slightly different this year,” he said.

“You have a thinner tread on the tyres, which obviously would have some effect, but mainly it should help with blistering. I don’t know, though, it’s definitely the thing we’re focused on at the moment, trying to get more out of the tires in the race.”