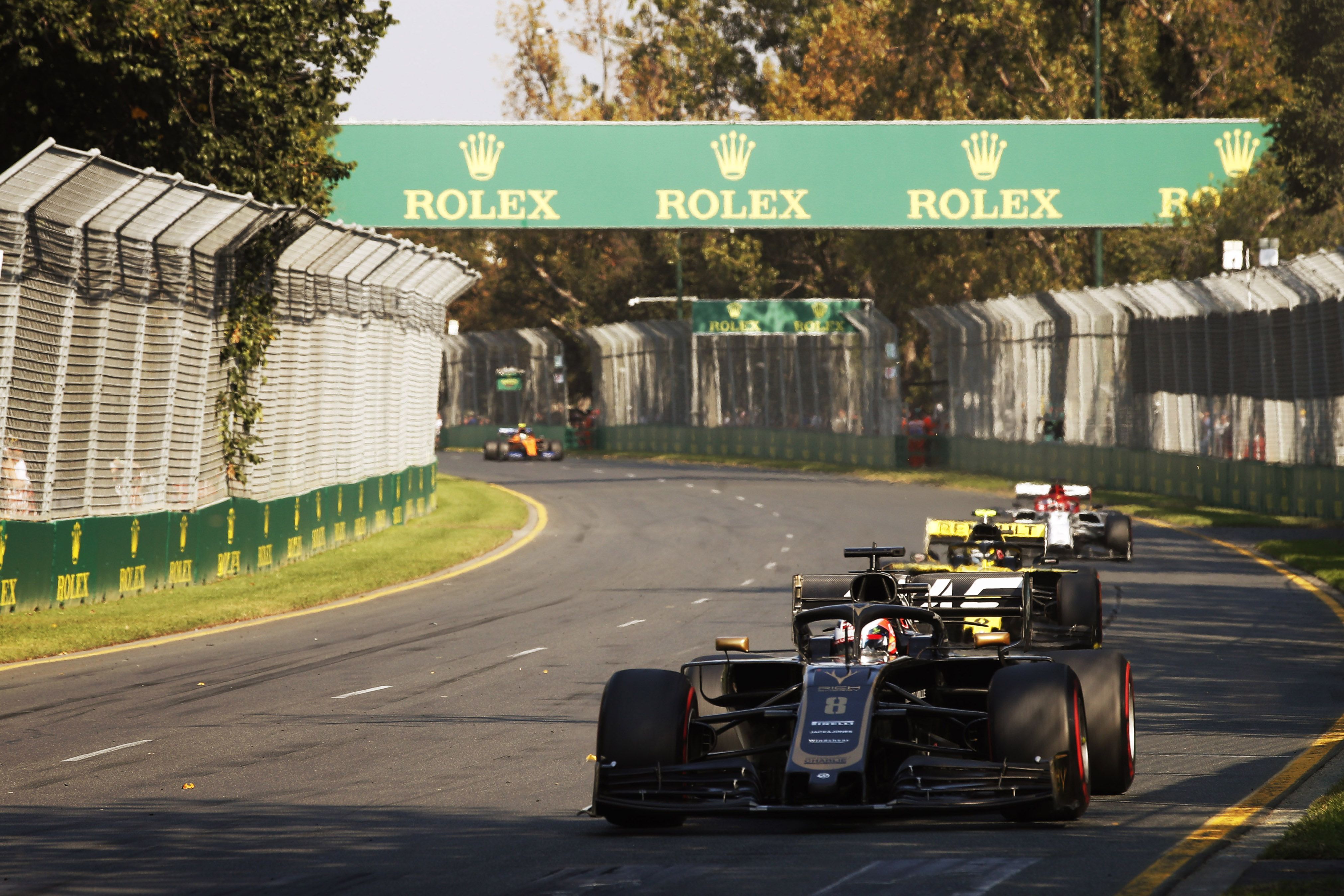 The Haas F1 Team is realistic about its position as it feels catching Red Bull Racing in F1 2019 will be difficult as they are already a step ahead.

With Honda joining Red Bull from 2019 F1 season onward, its position in the championship was put under speculation even though it was likely that the team will at least be the third in the standings if nothing goes wrong with its power unit.

The pre-season test in Barcelona gave little indication of its performance but the Australian GP result has made Haas believe that the team will be hard to catch up in 2019 even with the better Ferrari unit the team has against the developing Honda engine.

The progress made by Haas was evident in Melbourne as well with Kevin Magnussen ending up on the lead lap in sixth – the only non-Top 3 teams car to achieve the feat. But the team remains realistic about its chances with fourth position the absolute result.

“It’s still going to be very difficult to reach Red Bull as they’re already quite a big chunk ahead of us, and they usually evolve and develop quite well over the season, even compared to the two other top teams of Mercedes and Ferrari,” said Magnussen.

“I’m very proud of what we achieved in Australia. Of course, we’re still not happy as we didn’t get both cars in the points but, nonetheless, we had the potential to have both cars as Romain was very, very fast in qualifying and clearly also had the speed in the race.

“That potential is very satisfying, but we need to complete the job and get both cars in the points [in the future races]. We need to have fewer mistakes if we want to be fighting as best-of-the-rest for the remainder of the year.”

Teammate Grosjean concurred, adding: “I think we’re a bit further away from Red Bull than we were hoping. I’m afraid the gap could open during the year because of the resources they have. We’ll definitely try to give them as hard a time as we can.”

Meanwhile team principal Guenther Steiner felt that Haas closed up to Red Bull but in overall scheme of things, it won’t be easy to catch and beat them. “We’ve moved closer, but we’re still a little bit off,” he said.

“Our plan is to be solid in fourth place and fight for being the best-of-the-rest. If something happens to the first three teams, we’re in a good position to maybe get on the podium.” While they battle on-track, the fight off-track has spiced up as well.

With Rich Energy now backing Haas, the company is aiming to capture the worldwide market with its own premium energy drinks and take the fight to Red Bull. But for now, it looks like their battle will be with Renault in the 2019 F1 season.