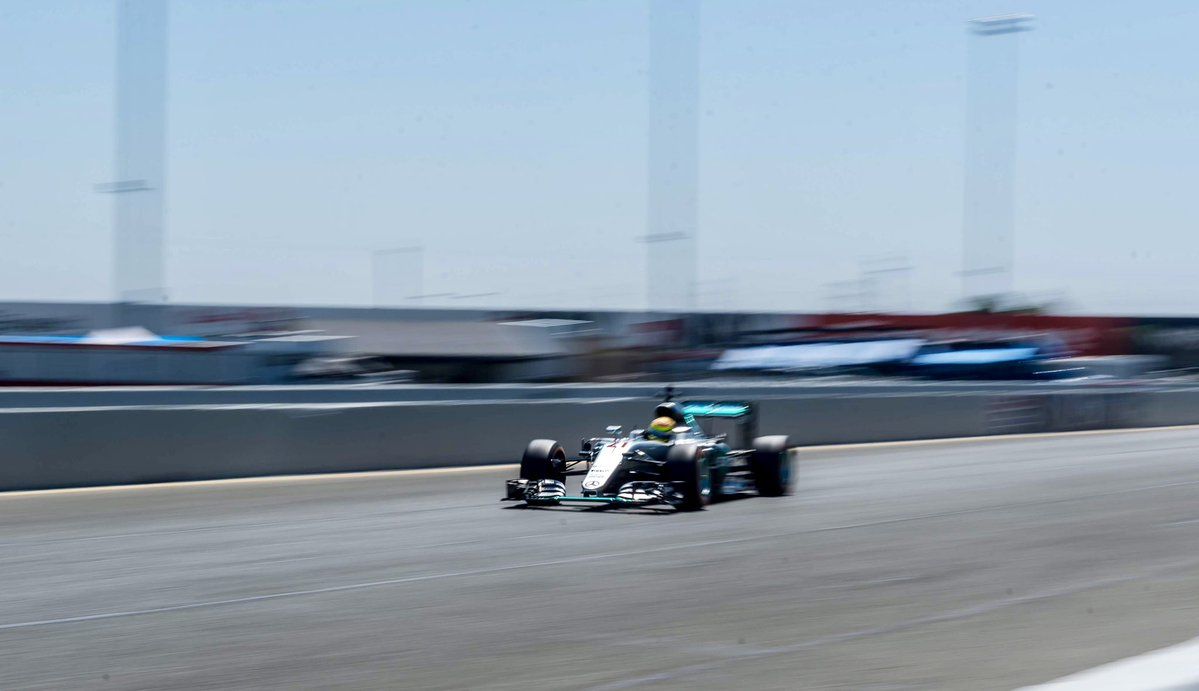 Esteban Gutierrez has set an unofficial lap record at Sonoma Raceway in the Mercedes W07 during the Sonoma Speed Festival.

Former F1 racer and current Mercedes’ simulator driver Gutierrez drove the 2016 F1 season’s Mercedes W07 at Sonoma Raceway on Saturday and Sunday. Mercedes confirmed it to be Lewis Hamilton’s chassis, which took a record-breaking 10 wins in the season.

The event was also marketed as the first showrun on American soil using the new hybrid V6 power unit. It is unclear as to what track configuration was used by Gutierrez for the showrun but Mercedes confirmed that the Mexican set a new unofficial lap record.

In fact, Gutierrez beat his own record from Saturday, on Sunday. He set a 1m17.425s during the Saturday running, which he bettered on Sunday with a 1m15.430s. It is unclear for now, but it looks like that they beat Marc Gene’s record set last month.

He set it during the qualifying session in 2017 in his Dallara DW12 Chevrolet car, whereas Kiwi Scott Dixon set a 1m19.8646s at the same IndyCar course in 2018 in his Dallara Honda. While Mercedes did not upload the record lap video but has another onboard.

Ever wonder how an F1 car would do at @RaceSonoma? @MercedesAMGF1 just did with @EstebanGtz behind the wheel. #SonomaSpeedFestival pic.twitter.com/2EzJd0CCoh

While Mercedes had the showrun in Sonoma, America, Red Bull Racing visited Cape Town, South Africa, at the same time with David Coulthard driving the RB7 in their latest showcar event as the team goes around the globe with their F1 machine.