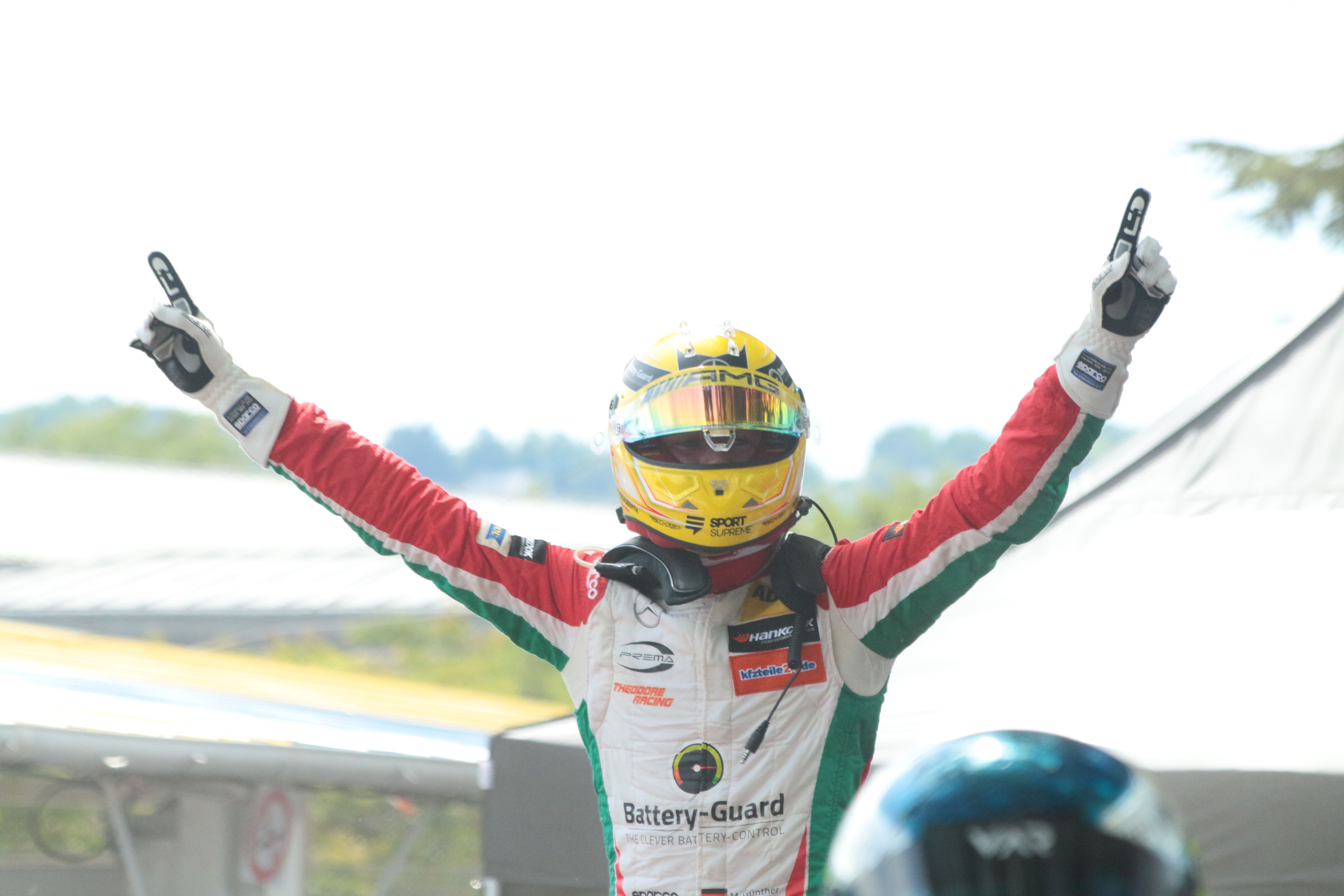 Third and final F3 race in Pau GP has brought us a second win for Maximilian Günther as Lando Norris crashed was leading. Callum Ilott and Ralf Aron have finished second and third respectively.

Race started and Lando Norris kept on first place with an agressive move. Maximilian Günther was second with Callum Ilott third. In just one lap, Norris had a 1.8 seconds gap to the other drivers. Behind the Top 10, Harrison Newey was on fourth place and defending from Joel Eriksson.

With 10 minutes into the race, Ralf Aron overtook Eriksson for fifth place. The Swedish driver had no traction leaving that corner and Joey Mawson tried unsuccessfully to overtake him. At the same time, David Beckmann had an accident and finished into the wall, which caused the depolyment of the Safety Car.

Race re-started and Aron did an excellent move on Newey that put him on fourth place. Mawson had to pit beacuase his car got damaged when trying to overtake Eriksson. In the end, he had to retire.

Norris opened a gap again. With 10 minutes to go, Kevin Andres Soori had an accident, but the marshalls were fast enough to remove the car without needing another Safety Car. Ahead of this, Nikita Mazepin was having problems with his car and started to lose many places.

With 8 minutes remaining, Norris had an accident while leading and crashed into the wall. He retired from the race so Günther was the new leader, ahead of Ilott and Aron.

The German driver was able to keep his gap steady and, with nothing else remarkable happening, he took his second win this weekend and he’s now just two points behind the lead of the championship. Ilott finishes in second place and refuses to give up on the fight for the title and Aron was third. Newey, Eriksson, Ferdinand Habsburg, Tadasuke Makino, Pedro Piquet, Jake Dennis and Guanyu Zhou complete the Top 10.

With these results, the fight for the championship gets tight, Eriksson and Norris are tied in the lead with 139, while Günther has now 137. Ilott in fourth with 109. That marks the end of the Pau Grand Prix. The next round of the FIA F3 European championship will be held on June 17th and 18th in Hungaroring.