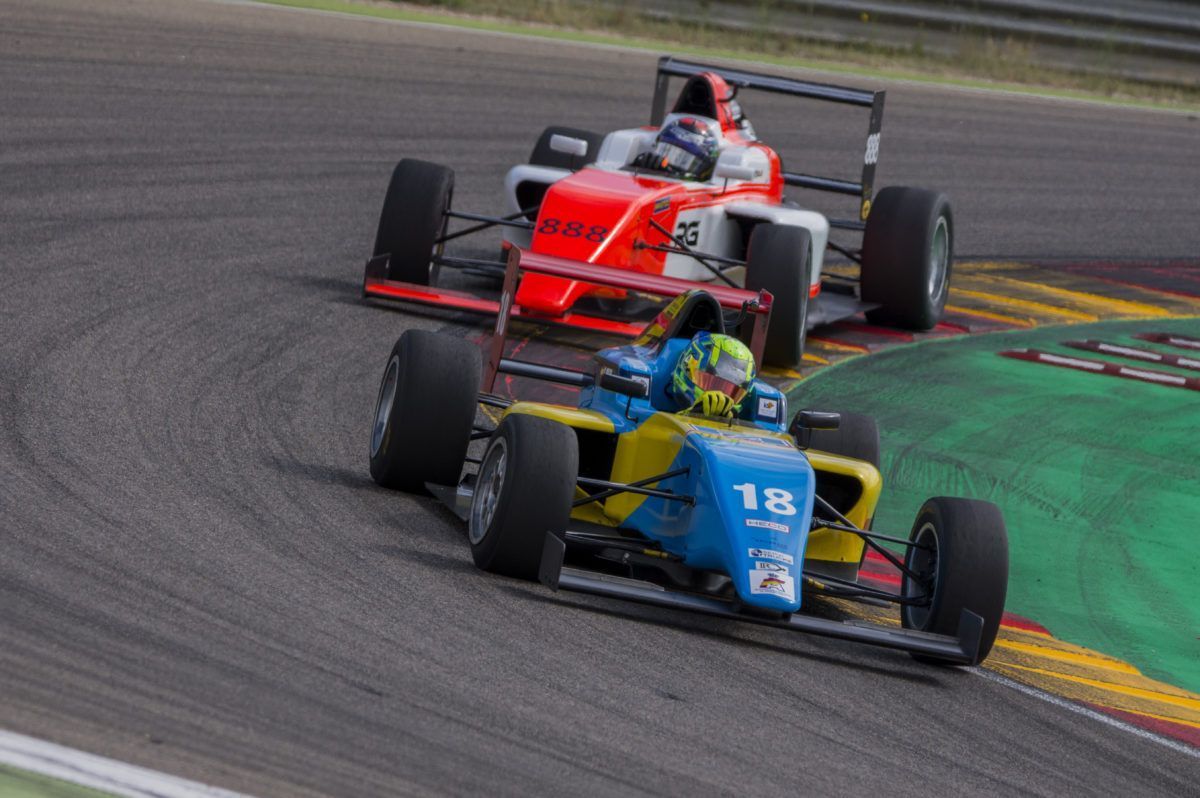 All eyes were on the two drivers that started from first line of the grid. Guillem Pujeu and the leader of the F4 NEZ Isac Blomqvist, they were the main favorites in a 8 drivers grid, although the Drivex driver Nazim Azman was also taken into consideration.

After the first lap, the main protagonist for the victory and even for the podium, were clear. Pujeu, Blomqvist and Azman had escaped from the others and had gained a considerable gap. Little by little, the first two drivers have separated from the Drivex driver. There were half second between the Swedish and the Spaniard driver. Even so, the Mp driver could no extend the gap.

Pujau was confortable with his second position. On the 8 lap, Benjamin Roald Goethe from the Drivex team suffered, had problems and had to abandon the race, being the first one to abandon. Later, on the lap 14 the driver Amaury Cordeel abandoned the race. On the other hand, Rafa Villanueva improved his pace and could pass Petr Ptacek

On the battle for the victory, the Spanish driver from the FA Racing started to improve his pace and to be closer of Blomqvist, the MP Motorsport driver has been overtaken by the Spaniard driver. Pujeu held the first position until the chequered flag of the first race of the Season of the Spanish Formula 4.