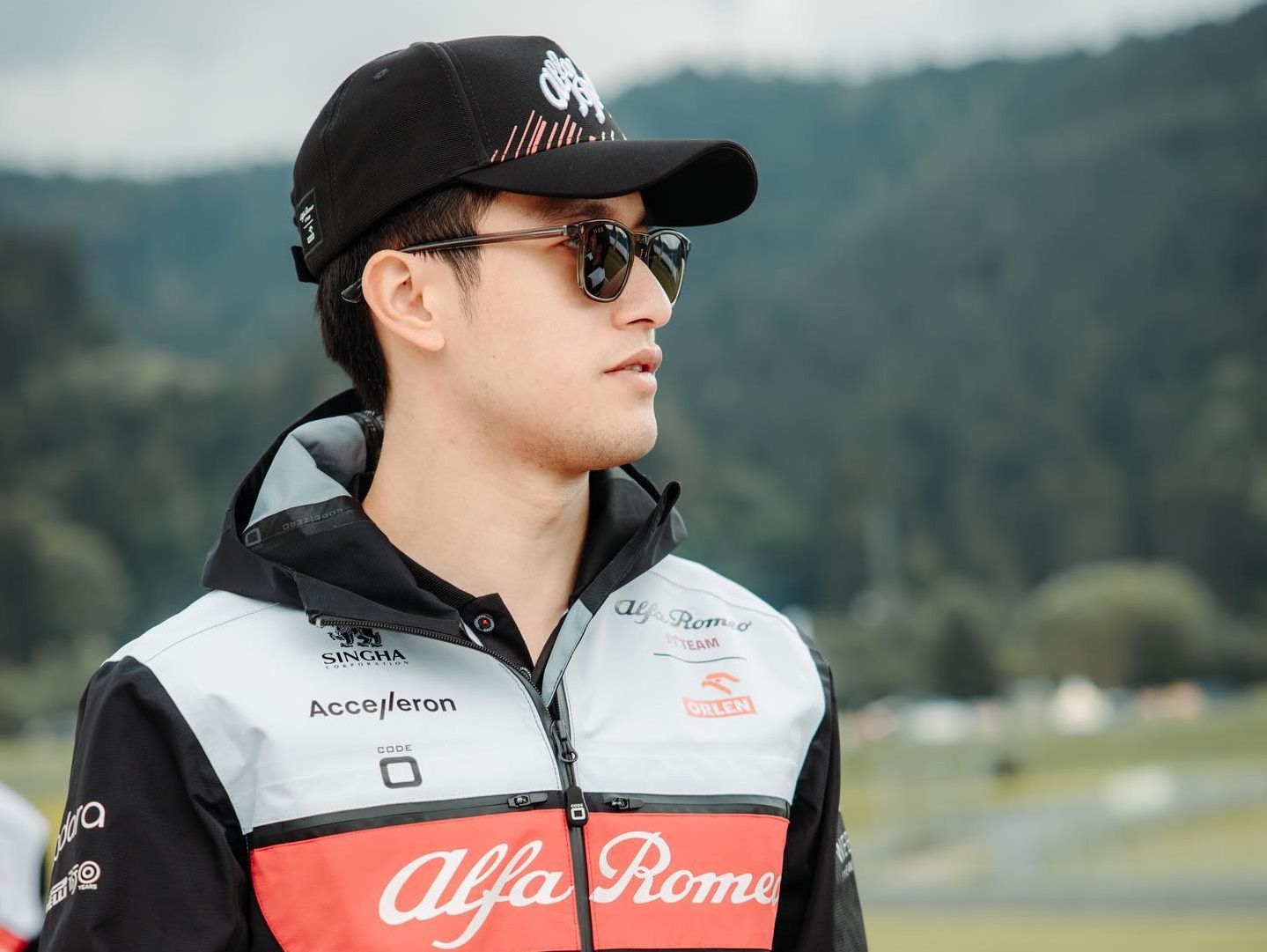 Zhou Guanyu recalls F1 British GP crash and how he dealt with it and his immediate thoughts after that as George Russell adds his side.

The big winner at the British GP was Carlos Sainz who took the flag first after 150 starts but alongside his success far and away the luckiest man was Alfa Romeo’s Zhou Guanyu who survived a horrific start-line crash at Silverstone.

From ninth on the grid, Guanyu got the worst of it as Pierre Gasly and George Russell clashed moments after the start, flipping over, the Alfa Romeo slid through the gravel over a tyre wall in front of the shocked spectators, several of which were showered with gravel.  The world looked on in horror as the car stopped and the race immediately red flagged.

With limited TV access, those watching around the world awaited news and information as there was little coverage after the impact. After some time, the popular rookie was extricated from the car and taken for medical check ups. A frightening impact for anyone but upon speaking to media since the “accident”, Guanyu has been very candid and gave an excellent account of events.

“Yes, I mean for me when the flip happened, the first thing I was trying to do was to release my hand off the steering wheel because you never know, you can break your hand quite easily with a crash like that,” recalled Guanyu. “And then the next thing I tried to do, because when I was rolling on the ground, I knew I’d be facing a massive impact coming up because the car wasn’t stopping”.

“I tried to lock myself in that position that is the safest possible. Just bracing for the last impact. So holding my hands backwards but keeping it reasonably tense so it doesn’t go flying around when I have the last impact. Basically, I was just waiting for the last stop and hit – and once I was basically stopped, I didn’t know where I was because I was upside down and the next thing I felt was there was some leaking from, I don’t know, I wasn’t sure if it was my body or from the car, so I just tried to switch the engine – the engine was still on by then – because I knew if the fire starts, it would be difficult to get out”.

“So I switched my engine off,” summed up Guanyu. As per above, he received a thorough examination in the medical centre in Silverstone and amusingly his biggest worry or concern was not being available for the Austrian GP this Sunday.

“Honestly, Sunday night I was texting my engineers asking ‘is my seat okay?’… as obviously the engine takes a bit of time but for the drivers, the seats are very important, very comfortable, and so far so I don’t want to change something,” stated Guanyu.

That indeed is the racer in him as it is in other drivers. In 1990, Derek Warwick survived an horrific crash at the Parabolica corner in Monza. He jumped out of what was left of the Lotus and ran to the pits looking for the spare to take the restart. Martin Brundle at Albert Park in 1996 is another example. It is the racer instinct. With Austria this weekend, the popular Guanyu is looking forward to it hugely, so much so that he is relieved at the back to back scenario with Silverstone being followed by the Red Bull Ring.

“Apart from that, I was quite happy to have a back-to-back race, because if I had a summer break just after that, that would be terrible because you would be asking the questions and you’d be thinking about it, repeated questions… even though you try to avoid it, you somehow find it somewhere. But yes, it’s good to be back straight away,” stated Guanyu.

After the massive impact, first on the scene was Russell.  The English driver leapt from his damaged Mercedes and ran over to assist. Despite it being Russell’s first ever first lap retirement and first retirement in 2022, his very first thought for for his fellow competitor.

“For me, it was sort of horrifying to see him trapped in there, literally not being able to get out of the car,” said Russell. “He was obviously fine and I could see he was moving but it was sort of… I think we all, as drivers, we all know how sort of, I wouldn’t say claustrophobic, but you’re sort of in there pretty tight, you’ve got the helmet on, you’ve got the Halo there, the headrest, and then when you’ve got a tyre wall effectively on top of your head blocking your exit, hanging upside down it’s just a horrible situation to be in.

“So I think from every sort of disaster there’s an opportunity to improve as a sport or whatever it may be, and clearly things could have been maybe positioned slightly differently to have given him that exit. There was a gap between the barriers and the catch fence and he was obviously trapped in there. That needs to be resolved and, yeah, it wasn’t nice for sure,” summed up Russell.

In short, motor racing is a lot safer nowadays but there will always be room for improvement. But aside from this, Russell has come in for high praise for his actions.  Former karting rival Callum Ilott tweeted immediately after the accident about a similar incident from years before, advising this is the kind of guy he is.

“First I hope you’re not driving! I actually rolled my kart in a race in 2008, I believe it was,” said Russell. “To be honest, this hasn’t gone through my thought process whatsoever during any of these incidents, but I’m just actually thinking about it now. I rolled in 2008 and I was trapped under the car and I was actually burning my arm because the exhaust was stuck on top of me.

“And this other driver stopped to lift the kart off me and helped me out there. The one with Callum, it was actually just on a practice day that he rolled, which was quite impressive in itself. But obviously with one at the weekend, it was just a horrifying accident and I saw it was a red flag.  And I thought my car was broken, so for me it was just sort of a natural reaction. I don’t know, to be honest,” summed up Russell.

The work from the Brit received praise from Guanyu as well, who stated: “I saw that already, he was very sportsmanlike and really showed huge respect, even though I don’t think he was the one causing the issue, I think it was more like a racing incident. It’s nice to have that. Of course, he called me after, so it’s all good.”

There have been many incidents in the past where drivers have stopped to assist; David Purley helping Roger Williamson in 1973 at Zandvoort, James Hunt helping Ronnie Peterson in 1978 at Monza both spring to mind but nobody wants to see any more incidents like Sunday just gone.

Here’s the immediate response after the grand prix