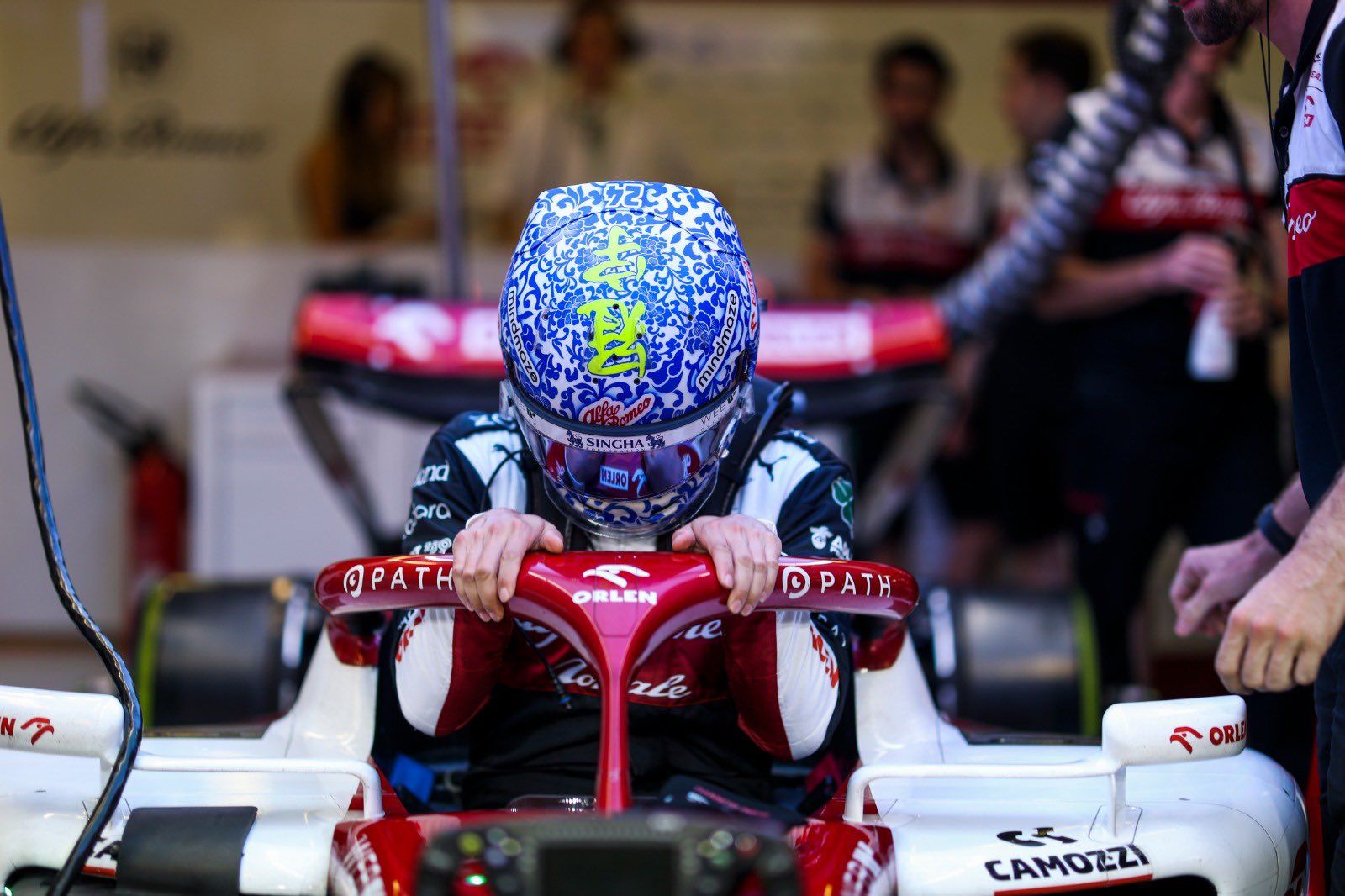 Zhou Guanyu had a decent rookie F1 season with Alfa Romeo where he showed good pace but was put down by reliability issues.

Having scored on his F1 debut in Bahrain, Guanyu did manage to shut down many naysayers who targeted him as ‘pay driver’ after he was picked up by Alfa Romeo while 2021 F2 champion Oscar Piastri did not make it into the sport.

Piastri continued with Alpine but eventually is to make his F1 debut with McLaren. Guanyu, meanwhile, had a decent first season even though he doesn’t have the points to show finishing 18th with only six against his name to Valtteri Bottas’ 49.

Guanyu had a fair share of reliability issues which hurt him and despite that, the Chinese racer gave himself a seven out of 10 for the year. He admits he wanted more out of it but he was overall happy that he could show his potential and people in paddock noticing it.

“Seven, I think, that’s a reasonably okay score,” said Guanyu to F1 site, when asked about rating himself. “I definitely wanted to achieve a bit more on paper. It’s no lie to say that with a few DNF occasions we lost around eight to 10 points, which hurt a bit.

“But then we were able to let the paddock, let the people see the ability of myself, so that’s the good side – the most important part. We achieved all the objectives we set at the beginning of the season… Q2, Q3, points. I’ll be making sure it’s a bit more consistent next year, and we should be good,” summed up Guanyu.