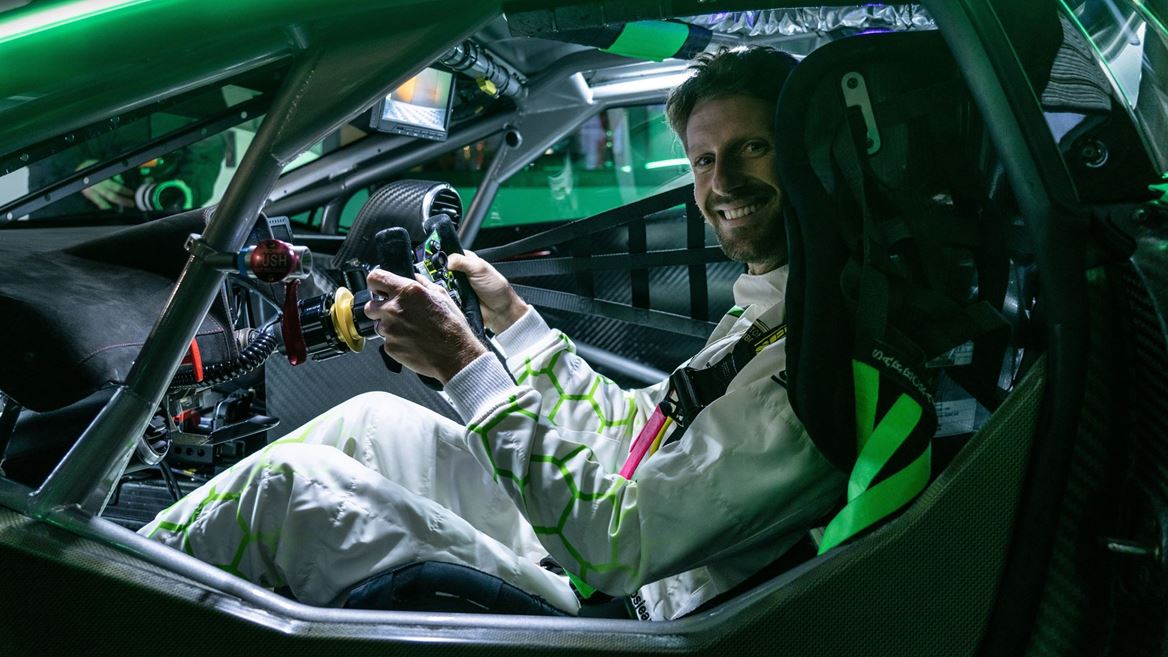 Romain Grosjean has joined Lamborghini Iron Lynx outfit to compete in the LMDh class in WEC and IMSA championships from 2024.

Lamborghini Squadra Corse is delighted to announce the arrival of Romain Grosjean as an official Lamborghini Factory Driver from 2023. The experienced former Formula 1 driver will also be a key cog in the development of the Lamborghini LMDh project, which will debut in 2024.

The Swiss French driver, who has spent the last two seasons racing in the IndyCar Series, will make his factory debut at the 24 Hours of Daytona aboard a Lamborghini Huracán GT3 EVO2, run by Iron Lynx, alongside fellow Lamborghini Factory Drivers Andrea Caldarelli and Mirko Bortolotti. Grosjean will also contest further endurance events throughout the 2023 season, with a full programme to be announced in due course.

In addition to his GT3 programme next year, Grosjean will also join Caldarelli and Bortolotti as a test driver for Lamborghini Iron Lynx’s LMDh car, with which it will compete in the FIA World Endurance Championship and IMSA WeatherTech Sports Car Championship in 2024.

Born in Geneva but competing under a French licence, Grosjean spent nine seasons in Formula One and recorded 10 podiums. He raced for Renault, Lotus and Haas before switching to the IndyCar Series in the US in 2021.

A versatile driver, Grosjean has a number of junior single seater titles to his name over the years, winning the Formula 3 Euroseries in 2007, AutoGP in 2010 and the GP2 Series in 2011. He has equally raced in GTs and took a race win on his FIA GT1 World Championship debut in Abu Dhabi in 2010 as well as contesting the Spa 24 Hours the same year.

Iron Lynx, which is owned by the Swiss company DC Racing Solutions Ltd, will be the partner Lamborghini team in the FIA World Endurance Championship and IMSA WeatherTech Sportscar Championship. Iron Lynx and Lamborghini will also work in close collaboration with PREMA Engineering, which will utilize its 30-year championship-winning expertise.

Speaking about the latest step in his career, Grosjean said: “First of all, it’s an honour to be joining Lamborghini, it’s such an iconic brand for everyone who loves cars, including myself and my kids. On top of that, I am very excited about two things: the first is starting in Daytona with the GT3 which has been very successful in Daytona and a really good team like Iron Lynx and team-mates around me, so that is going to be a nice discovery for myself.

“And then, later in the year developing the new LMDh which is a beautiful car – I’m lucky to have seen it – and an incredible project in endurance. It’s becoming a very exciting category with all the constructors coming. With Lamborghini being such a successful brand, I hope we can do well in the future.”

Lamborghini Head of Motorsport Giorgio Sanna added: “We are very proud to welcome Romain Grosjean to the Lamborghini family, for this new and exciting period in the history of Squadra Corse. He’s a driver with a huge amount of experience in various categories over the years and will be able to add a great deal of value to both our GT3 programme but more importantly, the development of our LMDh car as well. I am looking forward to seeing Romain out on track in Daytona which will hopefully be the start of a very successful partnership going forward.”