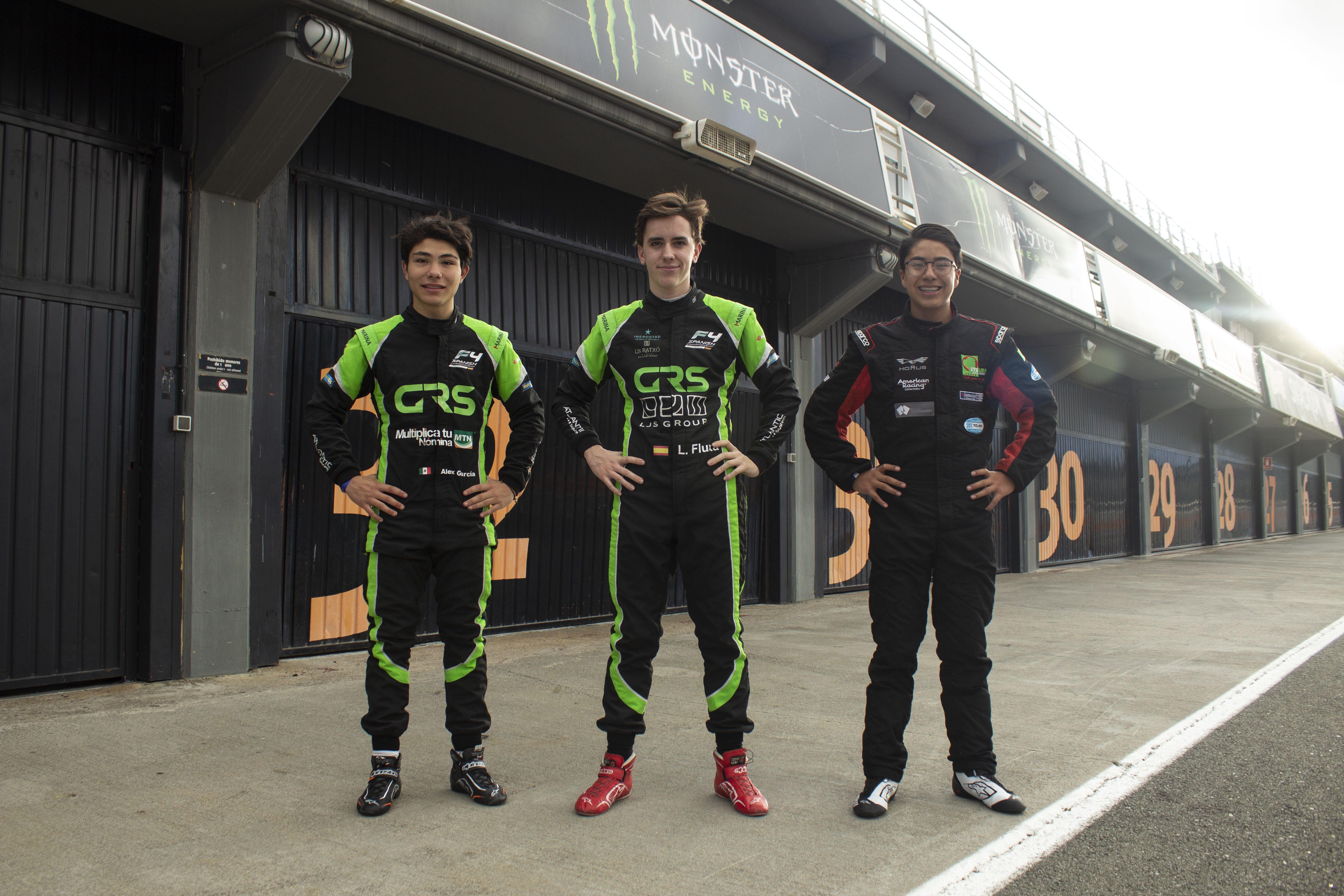 Global Racing Service was founded to compete in Formula Renault 2.0 Eurocup and Spanish Formula 4. They will take part in both for 2020, as they have just confirmed their program.

After being a single car team in 2019 (driven by Belen García), GRS is facing a new season with four cars for the Spanish Championship. The team will try to improve its performance for this season.

Born in Palma de Mallorca, Fluxa is one of the most talented Spanish young drivers. He will step up from Karting after a succesful performance, including 4th in Spanish Karting Championship. He was the best Spaniard on the CIK-FIA World Championship. He will make his debut with GRS after competing in F4 UAE with 3 podium finishes.

“I’m really happy about stepping up to single-sitters with GRS: I think it’s a great team and we are title contenders for this year.”

Eloy Lopez was born in Ciudad de Mexico. He made his single-sitter debut in F4 NACAM. He will arrive to Spanish Formula 4 with a lot of experience, which could give him an advantage in different ways.

“The first time I was testing with them, I liked how they work. They made me feel good. I’m really happy to be with them, I can learn so many things.” Lopez said about his new Team.

The Mexican driver lands in Europe after his great performance in F4 NACAM. He made podium appearances and he raced for the top spots all year long.

“I’m proud to announce that I have the opportunity to compete in a higher level joining the Spanish Formula 4. Thanks to my sponsors for making it possible. I’m giving the 120% to win the tittle. Thanks to GRS for supporting me in this new project. I’m also thankful to my family, I couldn’t continue my career without them.” Garcia’s words about joining GRS.