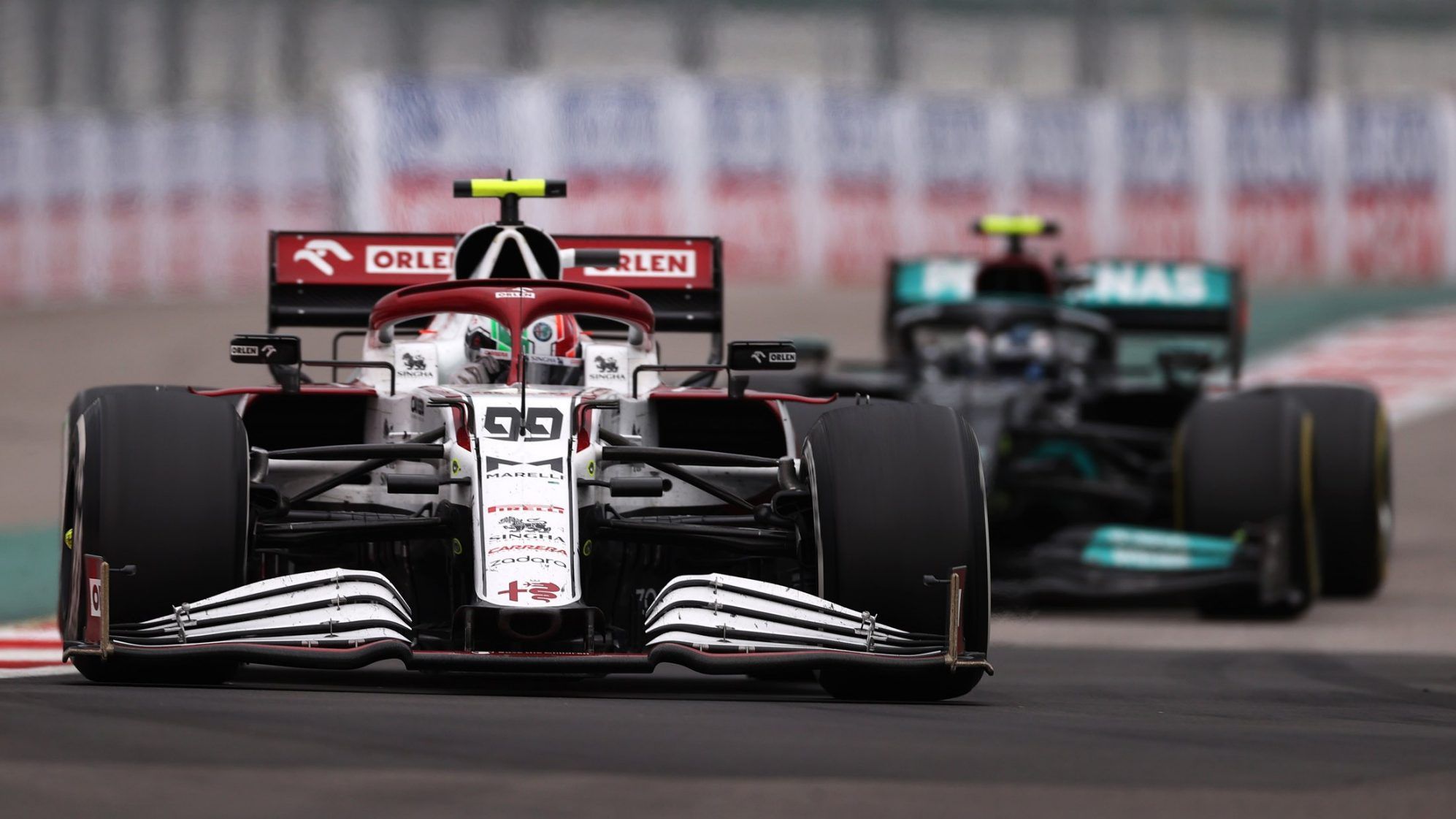 Antonio Giovinazzi had to rely on old school method of communication in F1 Russian GP after losing radio, as Kimi Raikkonen thought more was possible.

Amid the discussions surrounding his future, Alfa Romeo’s Giovinazzi had a troubled F1 Russian GP where he lost contact with his team on Lap 1 itself and had to complete the grand prix without any voice communication with the pitwall.

Alfa Romeo had to switch to the old style of pit board, but it wasn’t enough for the modern day of F1 racing. It was troublesome especially with the rain falling towards the end and they couldn’t utilise the situation like how Raikkonen did so.

“I had contact with I don’t know who in Turn 2, and I lost a little bit of position there,” said Giovinazzi to TV media. “I had no radio from lap one, so it was impossible to communicate with the team, and it was just a difficult race with the fuel saving. I tried to watch my pit on the main straight to see what I need to do, but without the radio it was just a mess.

“And then also with the rain in the end I had no communication. It was just a silence race for myself, so just a difficult race from lap one. It was also difficult to overtake, so I lost a lot of time there. Then when I was in free air the pace was good. But we lost a lot of laps,” summed up Giovinazzi, whose teammate Raikkonen ended up eighth.

The Finn had a good start to his returning F1 event where he was running in the Top 10, but as the faster cars came through the field, he dropped back. He still had some pace to hang on to the place, but got stuck behind a couple of cars – mostly the Alpine.

That hampered his progress, but with rain, they made a good call to pit with the first cars, which put him in seventh. He lost that to Lando Norris, who passed him on the final lap, with Raikkonen then settling for eighth but welcome points for him and the team.

“I’d much rather be a bit higher up, we had a good start and got some positions and then followed the Alpine most of the race,” said Raikkonen to TV media. “I felt the car was behaving well, but we were a bit too slow to really make progress. And most of the race we were behind him.

“I felt we had more speed but when the straight opened up, I had no chance to overtake him. Luckily we made the correct call, felt it was too wet already, and we were one of the early ones to come in to change tyres and it paid off in the end,” summed up Raikkonen.