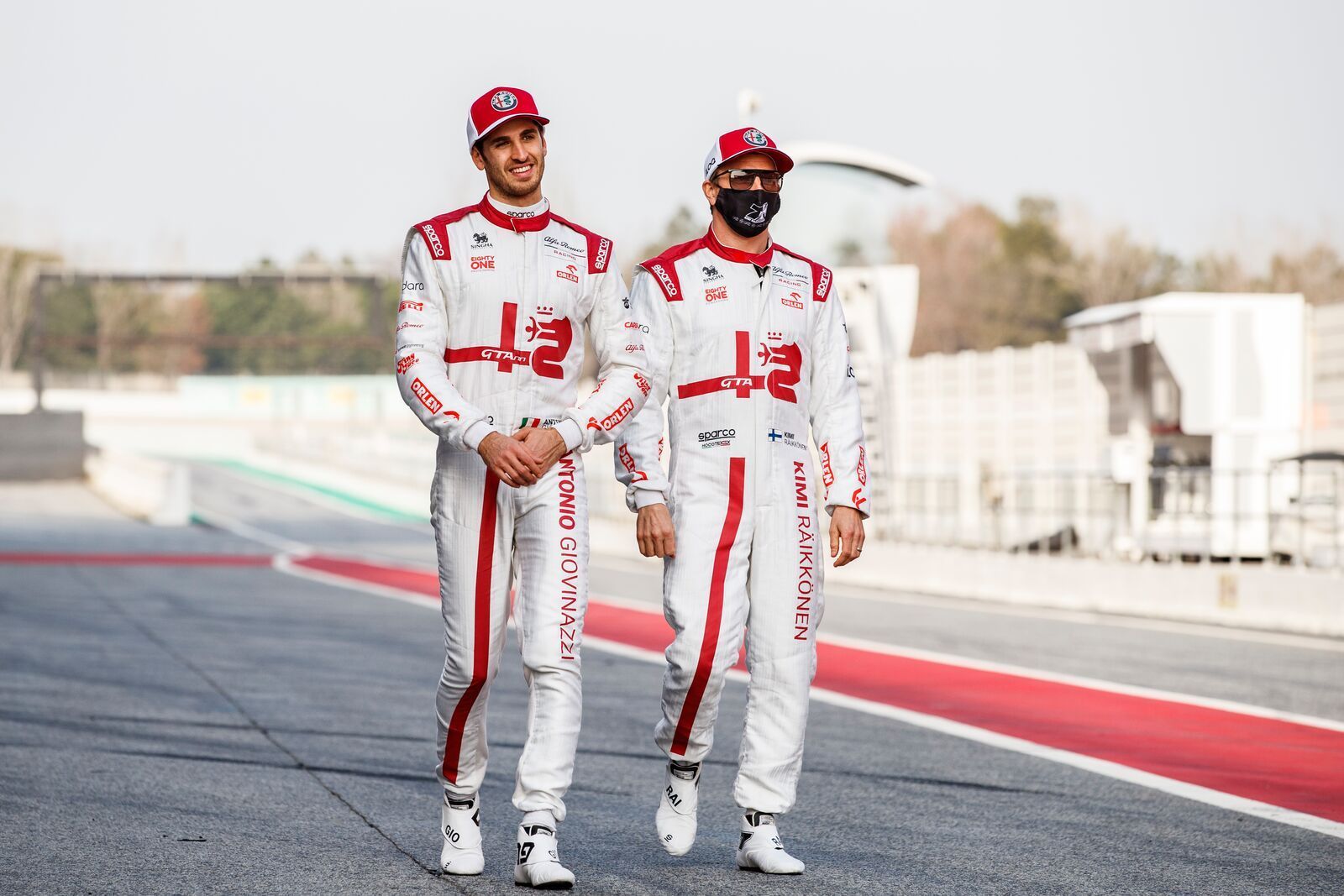 The latter finds himself entering his third F1 season in 2021, after an understated rookie year in 2019, and a vastly improved 2020 in which he matched Raikkonen in points. Looking to deliver in the upcoming season, Giovinazzi says he aims to improve heading into 2021 as he did in 2020.

The Italian, who did race for the team in the two opening rounds of 2017, says he worked towards this in the off-season, and is confident that he’ll improve as he hopes to in the coming season. “Obviously I feel more prepared this season than I did when I [arrived] in 2019,” Giovinazzi said.

“Still I think I need to make another step, like the one I took from [my] first season to [my] second season. These are my targets for the season, to try to improve to some point where I improved last year. This is what I did during the winter, and it’s what I’ll do during the season,” summed up Giovinazzi.

His closest competition is likely to be teammate Raikkonen, the most experienced F1 driver of all time. The Finn will turn 42 late in the 2021 season, which appears likely to be his last in the sport. Though retirement is ostensibly in the offing, the Finn remains enthusiastic about the sport, albeit speaking with negativity about F1’s more political aspects.

“The racing and the driving [excite me], I’ve never been a fan of all the rest, but if you take that out it’s not the same anymore,” said Raikkonen. “I enjoy the racing and the challenge of trying to improve things, getting better.” The Finn made his debut in 2001, and enters his 19th season after sitting out the 2010 and 2011 seasons.

“Time goes quickly. Obviously it doesn’t feel like 20 years. I didn’t know that much about F1. I had done testing the year before and in the pre-season test, but I just tried to learn and do the best that I could, and it worked out okay!” he joked.

Alfa Romeo is one of the three F1 teams in 2021 to retain the same driver line-up and team boss Frederic Vasseur is banking on their experience. “I’m really convinced that to have experienced guys – and the combination with Antonio Giovinazzi, who is a bit more young, let’s say – it’s a good combination,” he said.

“With less and less testing, you have to be ready when you are going on track, so to have an experienced guy in the car, it makes more than sense. And regarding Robert, the input he had last year with us when there was an opportunity to drive the car in FP1, it was a huge push for us. So the line-up is working well and I can’t wait to be at the first race.”