The Italian Antonio Giovinazzi, the British Jordan King and Tom Blomqvist and the Indonesian Sean Gelael joins with Carlin in the FIA Formula 3 Europe Championship for 2014, a top team in the standings.

Jordan King, 19, finished sixth last year in Fórmula 3 Europe and also was a champion with team Carlin in the Birtish Formula 3. Now, the 2014 for King is a year to take the championship. Without Tincknell in the team, King now takes the first role driver in the team.

King will have as a team mates: Giovinazzi, Blomqvist and Gelael, all three driver,belonging in the “Sean GP” management.

Giovinazzi and Gelael debut this year in the F3 Europe with Double R Racing. The Italian and the Indonesian, always had done his motorsport career together, and now in Carlin it not will be different.

Tom Blomqvist, former Red Bull Junior Team, now joins in the “Sean GP” family, is for this reason that the British joins with Carlin. It will be the third season for him in this series, maybe, thanks to his experience in this championship he can do a good paper but is not a favourite for the championship like Jordan King.

Now the team Carlin have his team complete and King and Blomqvist will be the leaders of this to get the 2014 FIA Formula 3 Europe championship. 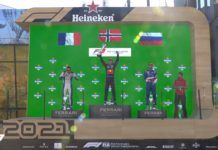 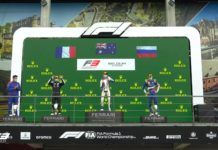