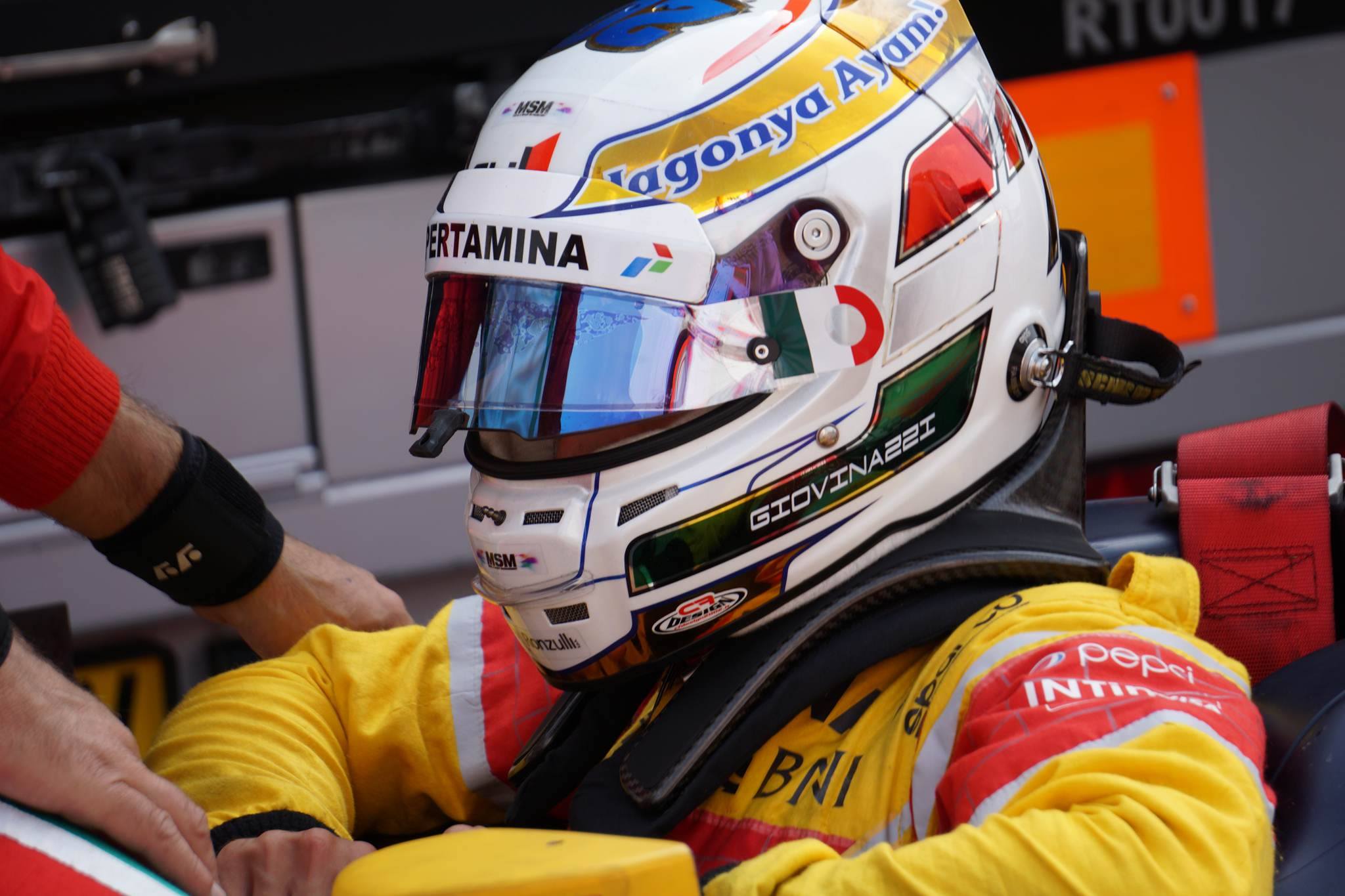 After starting on the last row, Antonio Giovinazzi comes back with the help of safety car to win the first GP2 Series race at Monza. Raffaele Marciello and Gustav Malja complete the podium.

Pierre Gasly started on pole position. Following Antonio Giovinazzi’s exclusion from qualifying, Artem Markelov started from the front row and Arthur Pic was third. Alex Lynn started from the pitlane. The top 10 started on soft tyres and the rest of the grid started with medium tyres.

Markelov missed his start and hit both Gasly and Pic at the first chicane but they were all able to continue, Markelov behind Pic who was very close to Gasly for the first five laps. Meanwhile, Norman Nato who had started eighth, was up to fourth after four laps. Pic and Markelov were the first leaders to suffer from tyre degradation and Markelov cut the first chicane twice by locking up. The Russian stopped to change tyres at the ninth lap, one lap before Nato. Pic and Gasly stopped on lap 12 and 13.

Halfway through the race, the top 4 had not stopped yet. While they were fighting for position wheel to wheel, Pic slightly lost the rear and hit Canamasas who run off very spectacularly. The safety car got out and this allowed Marciello, Malja and Giovinazzi to stop and to come back on track ahead of Gasly.

At the restart, Gasly got rid of Gelael, the Indonesian driver receiving a 10 second penalty for ignoring yellow flags. Giovinazzi overtook Malja in the penultimate lap and Marciello in the last lap for the lead.