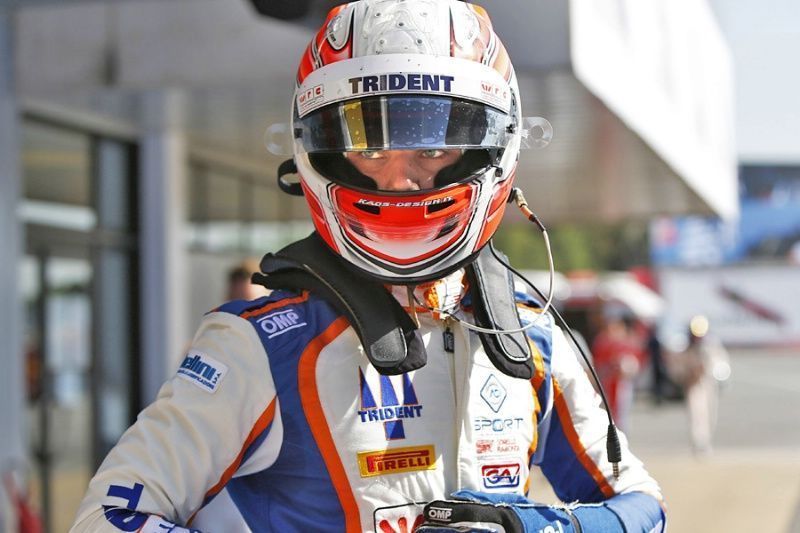 After a very tight qualifying session in wet, Ghiotto has got again a Pole, this time in Monza. In the front row, the Italian will be accompanied by Ocon, with Parry and Ceccon behind them.

The round of today’s qualifying has been marked by the rain because it has caused some off-tracks like the one of Palou when he left the Pitlane, or some off-tracks of more drivers at the Ascari Corner.

During the first 10 minutes of the session, we saw that Ghiotto, Kirchhöfer and Ceccon were very strong, and Ocon hadn’t yet been able to set a good time. However, after a few minutes he started to set good lap times and he started to be in the fight for the Pole.
With 20 minutes left, Kirchhöfer stole the provisionally Pole to Ghiotto, and a few minutes later, the German driver lowered even more his time. Despite that, Ghiotto wasn’t satisfied and returned to beat the crono again. Meanwhile, Ceccon was able to improve their times, but not enough to move up, and he remained in the third position of the table.

After this, it has been a small break in the track, because most of drivers have gone to the Pit Lane to change tires, but a little bit later, the action has restarted. At that moment Ocon surprised with a time that placed him on the provisional third position, and Palou was able to make a time that allowed him to go to the TOP10. At the last minute, Eriksson was doing good laps and the last one served him to be placed in second position, moving Ghiotto down to the third. But a few seconds later, the Italian finished his lap and the Pole was finally adjudicated for him, because no one could stole it him as the checkered flag fell.

Finally, Ghiotto takes pole at Monza with Ocon behind him at exactly 1 second. The TOP10 will be completed by Parry, Ceccon, Bernstorff, Kirchhöfer, Palou, Fuoco, Morris and Eriksson. The race can be followed from 17:15 this afternoon.