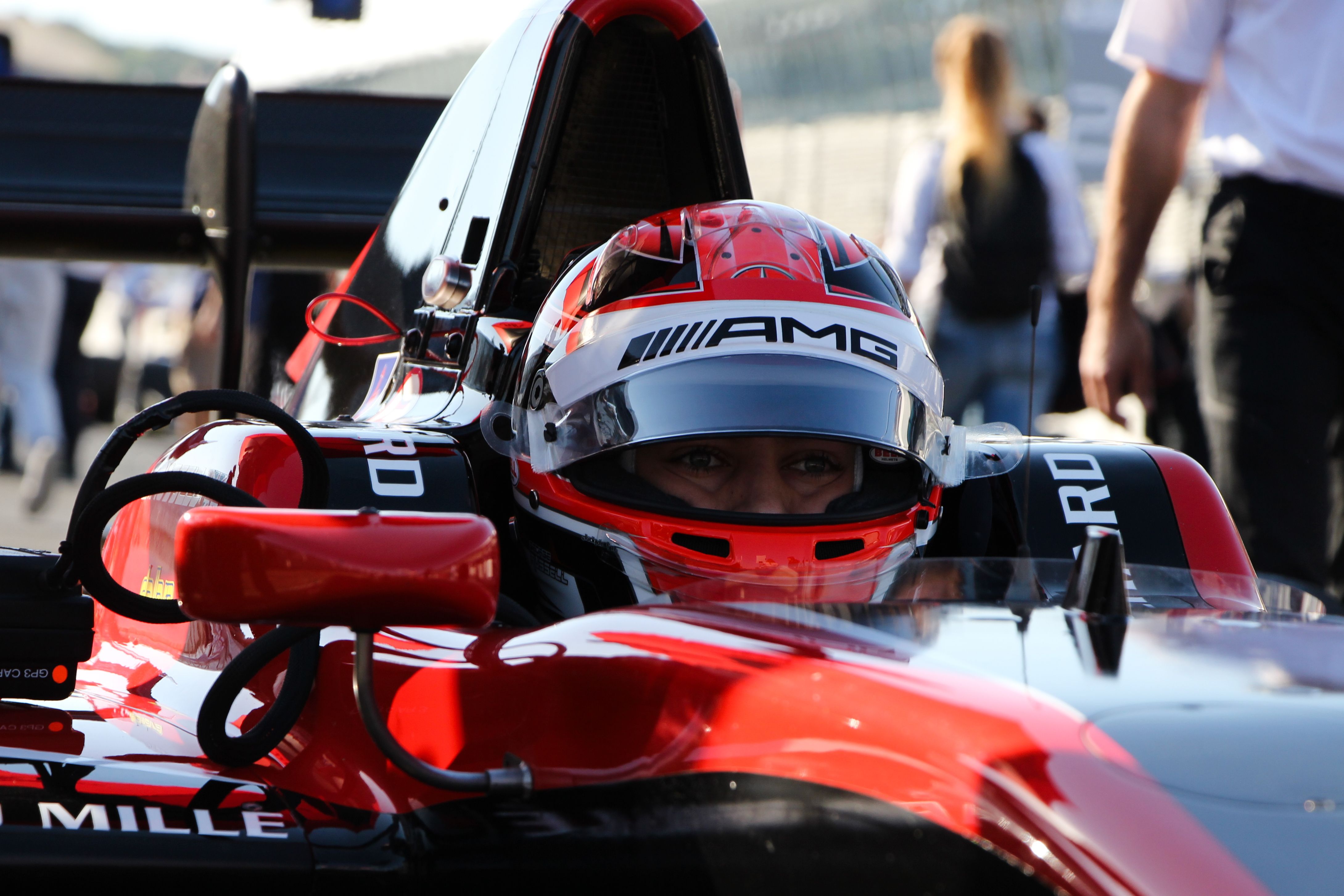 George Russell scores yet another pole position in a very disputed session. The Mercedes junior seemed to struggle to find pace in the early stages of the session, after jumping in from Formula One practice. Yet he found it all back and managed a beautifully timed lap to take pole position, just at the end of the session, by more than three hundred of a second.

The first half of the session saw Daniel Ticktum (DAMS) at the top of the timesheet, closely followed by Russell. Behind them we found Lorandi, Kari, Maini, Boccolacci, Alesi, Pulcini, Aitken and Schothorst all within less than half a second of the best time.

The second half saw less movement, until the very end of the session when everyone started to improve lap times. Russell in front, then Pulcini, Kari or Ticktum, all improving lap after lap. It is eventually Russell who takes the advantage in the very last moments of the session, just getting that perfect lap done.

George Russell will thus start from pole with Luca Pulcini next to him. Niko Kari will be in 3rd followed by Daniel Ticktum in fourth. Maini, Fukuzumi, Boccolacci, Hyman, Hubert and Lorandi complete the qualifying top 10.