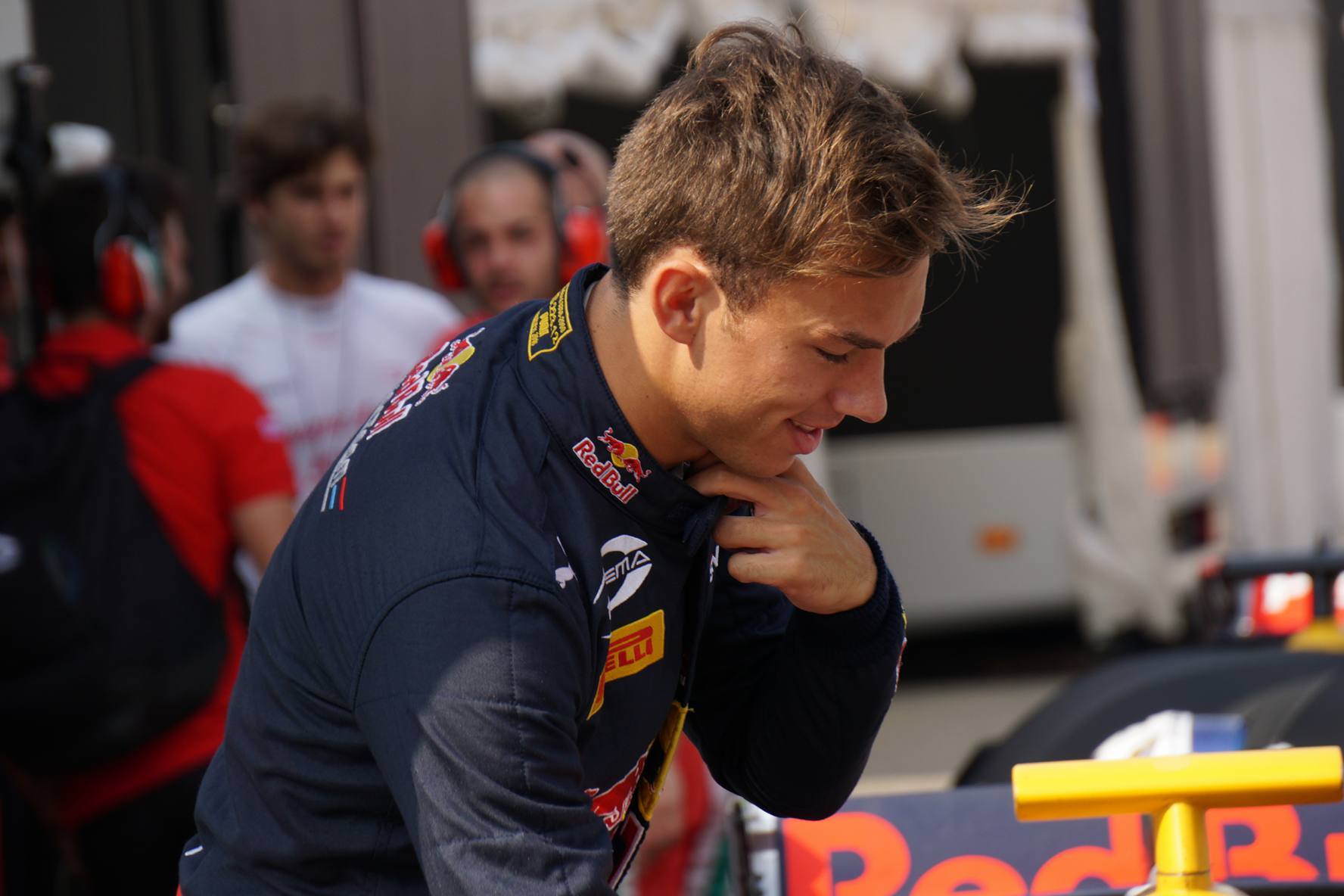 After three VSC interruptions, Pierre Gasly, Artem Markelov -despite missing half of the session- and Antonio Giovinazzi lead the GP2 Series free practice session at Monza.

No driver change was to be noted for the week-end. Oliver Rowland was the first to head on track ahead of Gustav Malja and Antonio Giovinazzi. Luca Ghiotto was the first to try for a flying lap but he missed the breaking point at the first chicane and had to go through.

Arthur Pic was the first to set a flying time, just before Jimmy Eriksson stopped on track, involving the virtual safety car to be used. After that, Jordan King was the first to go faster than Pic before the Frenchman took back the lead.

With thirty minutes to go, Artem Markelov was leading from Pic and Pierre Gasly, the latter being the first driver to drop into the 1:31’’. A few minutes, both Markelov and Gasly stopped their cars in the opposite straight line and Nabil Jeffri spun just behind them. The VSC was deployed again to retrieve the two stopped cars.

With thirteen minutes to go, Philo Paz Armand braked on the asrtoturf and hit the wall deploying a third VSC period. The session resumed with six minutes to go but no one seemed to be able to beat Gasly’s time.

Pierre Gasly ended on top despite missing half of the session ahead of Artem Markelov and Antonio Giovinazzi. Evans, King, Rowland, Ghiotto, Kircchoffer and Lynn completed the top 10.