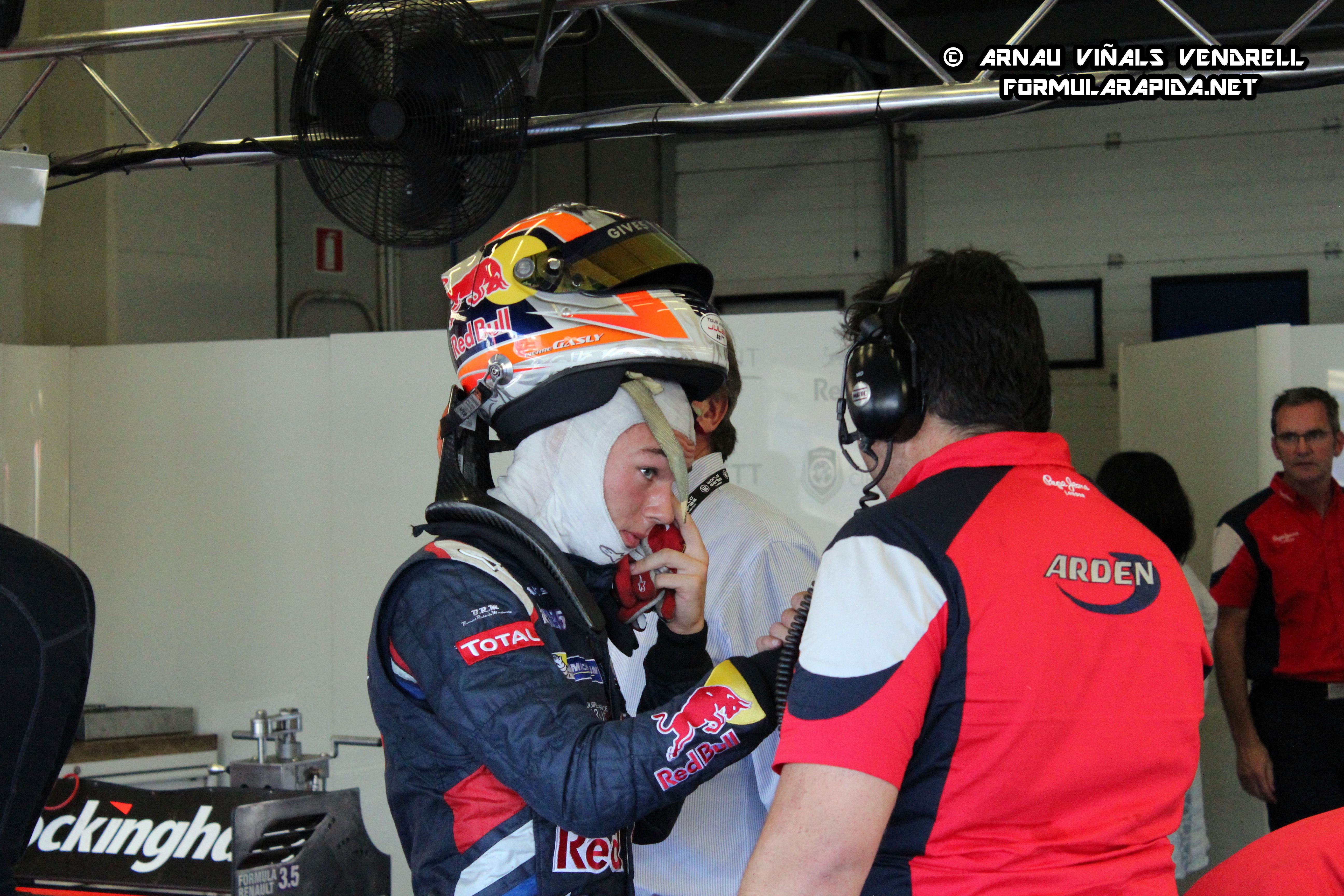 This second session environment had nothing to do with first’s. Hot inside cockpits was unbereable and asphalt was much warmer.

Oliver Rowland and Sergey Sirotkin’s Fortec Motorsports overlayed in middle session with the british unbeatable those moments. But Stevens (Strakka Racing) was the one who could get closer to the 1 minute 30 seconds frontier during the last fifteen minutes, thanks to staying behind to Rowland’s car for two laps.

Without having any possibilities for the championship, Gasly knows that his objecive is being sub-champion and so he did 10 minutes of qualifying simulation like a real champion, reaching the best final time and followed by Sainz (Dams) and Jaafar (ISR).

Roberto Merhi (Zeta Corse) is the only driver with possibilities of taking Sainz’s championship but despite the situation today’s was definetly not his best day. The driver from Castelló left the track in turn 8 while setting a fastest lap, and so he finished in ninteenth position. That might say that this morning’s problems are not solved yet.