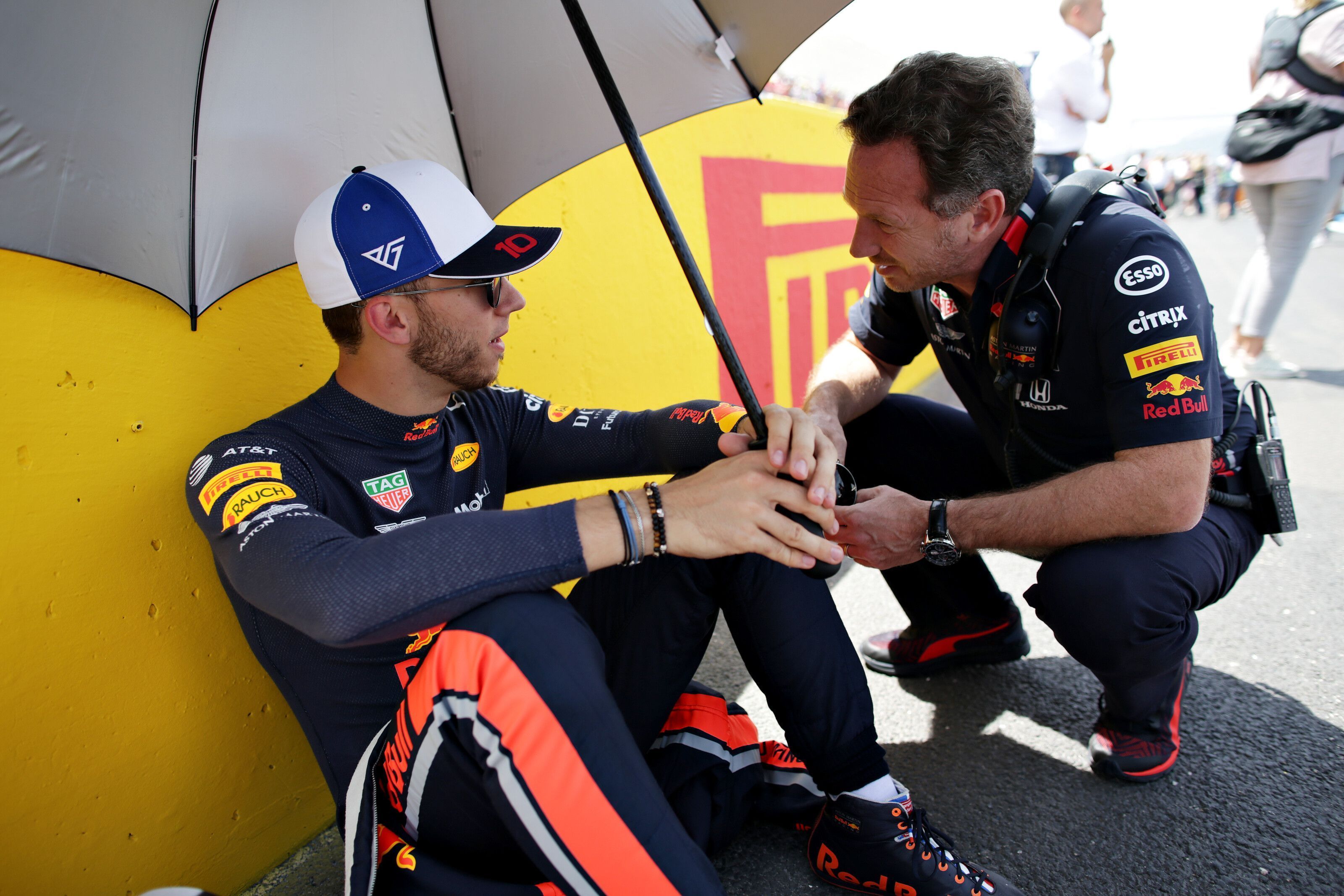 Under-fire Pierre Gasly has acknowledged the support received from Christian Horner and Helmu Marko since his step up to Red Bull Racing in F1.

Having had a late move to F1 in 2018 in Toro Rosso after winning the F2 title in 2016 and racing in Super Formula in 2017, Gasly battled hard against Charles Leclerc for top rookie honours last year. Both got a jump to their senior teams for 2019.

For both, it looked like a move too soon but Leclerc has been able to adjust with his Ferrari car in far more comfortable way than Gasly with his Red Bull. The Frenchman has struggled to gain confidence while Max Verstappen has a win and podiums in the same car.

It hasn’t been easy but Red Bull is working together to solve the problem with Horner and Marko keeping their patience intact, for now. It is too early, anyways, to jump on a conclusion as he hasn’t completed one year in the car or the team.

The Frenchman has acknowledged the support received though from both bis bosses and he registered his best result with Red Bull of fourth in F1 British GP. “Being in a top team is the best position you can be in F1,” said Gasly on his Red Bull move to ExxonMobil.

“I’m 23 and in my second season in F1 with Aston Martin Red Bull Racing, a team fighting for podiums. It’s a brilliant place to be. For me personally, it’s about trying to understand how I can get the full potential out of myself to deliver the results on track.

“That’s what I’m working hard to do, together with my team. As a brand, I really like the Red Bull ethos. I enjoy all the activities we get to do, like surfing and axe throwing, and it’s great that they create an amazing environment for you to grow as a driver.

“Both Horner and Marko have been really good in helping me and telling me more about the team, how everybody works, giving me tips on creating relationships with engineers and the new guys I work with.

“During the weekend, they are really involved in our performance and understanding how we feel. During the week, we also have a call with each other, reviewing the weekend and looking at what could have been better, what was good and what we have to work on for the next races.

“They have been great. I also know them better now. Before I joined the team, it was a different relationship with them as a young driver, but now, driving for the senior team has developed our relationship and I’m happy with how things are going.”

As mentioned above, Gasly had a better weekend in British GP than Austrian GP, which Horner put it down to his head work rather than any huge changes from the team end. The Frenchman looked in a fighting mood as well in the race, going against the Ferrari.

“It was pretty exciting race, we got some good battles with the Ferraris and I had my best result of the season, so happy with it but at the same time a bit disappointed because the podium wasn’t far and it would have been nice,” he said.

“The whole weekend was strong though and I think we did a big step which is positive. We did changes after Austria, we worked out with the guys and as I said lot of them were on the positive side, the whole weekend from Friday to Sunday, it was quite strong.

“Still need to work on the little details to extract everything but we can be pleased with it for now.” Despite the good results in British GP, Gasly sits sixth with just 55 points to his name whereas Verstappen is third with 136 – ahead of both the Ferrari drivers.