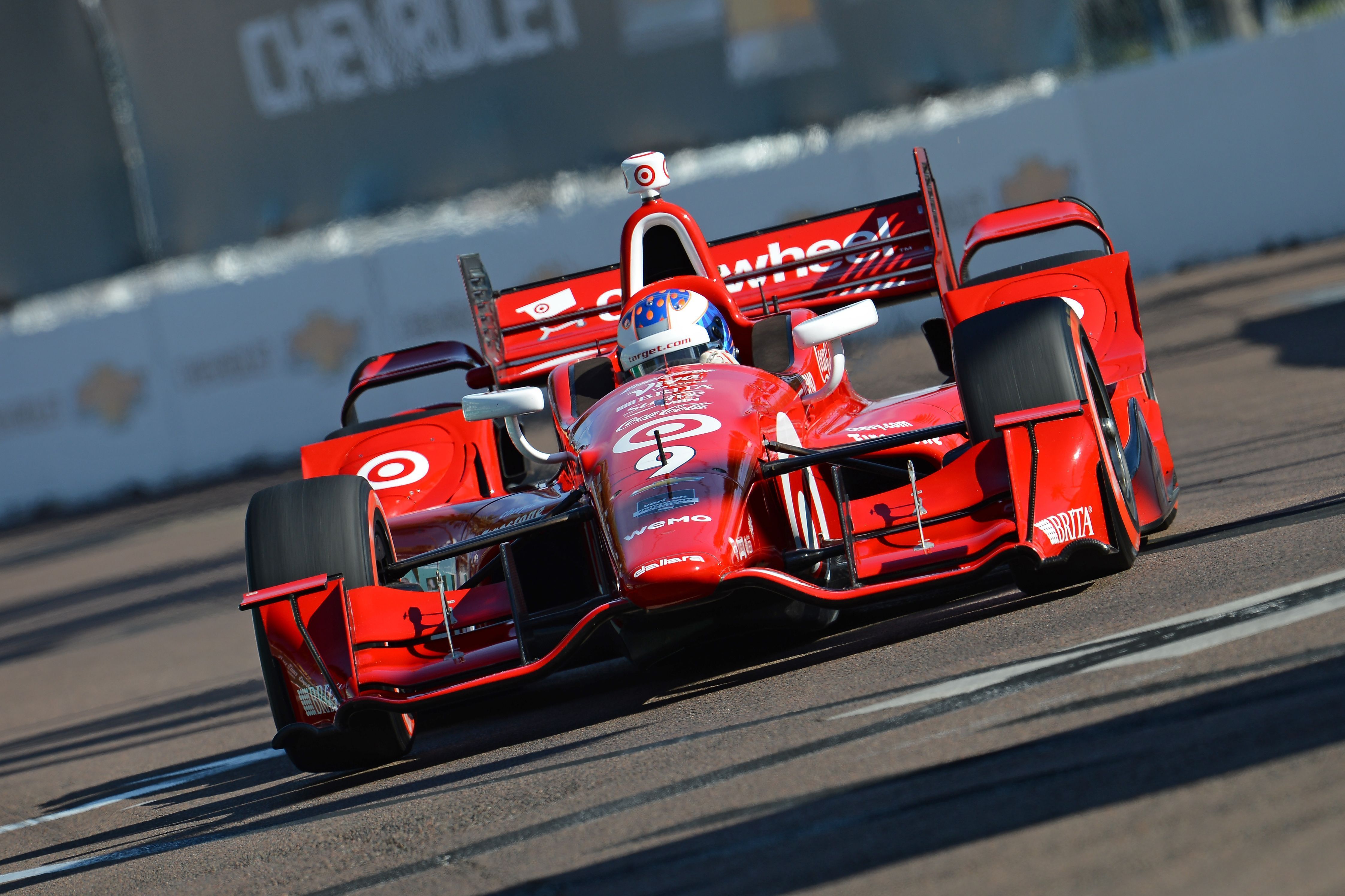 Three-time Verizon IndyCar Series Scott Dixon, who has a best finish of fourth in eight starts in the Toyota Grand Prix of Long Beach, topped the field in the first practice session with a quick lap of 1 minute, 08.6458 seconds on the 1.968-mile, 11-turn street circuit.

Bourdais said drivers have gotten a handle on the new aerodynamic bodywork packages supplied by Chevrolet and Honda. It’s not about optimizing the platforms for each road/street course.

“Anywhere we go we’ll have between 400 and 800 pounds more downforce, which is noticeable but not the revolution that we saw in St. Pete,” said Bourdais, driving the No. 11 Team Hydroxycut-KVSH Racing Chevrolet. “If you were at max downforce last year and are at max downforce now with the aero kit, you’ll see bigger reduction in lap time.

“From a 60-degree day to a 90-degree day you’ll see more variations than between the two aero kits. It was one of the concerns when the kits were introduced. How long is it going to take us to figure these things out? It was a relief when we ran the cars. Yeah, it’s a little different but you got accustomed to it rather quickly. What you learned from years past you through in the trash and start from scratch. It’s always nice to run more downforce. The car is more settled, it’s more responsive and it goes quicker.”