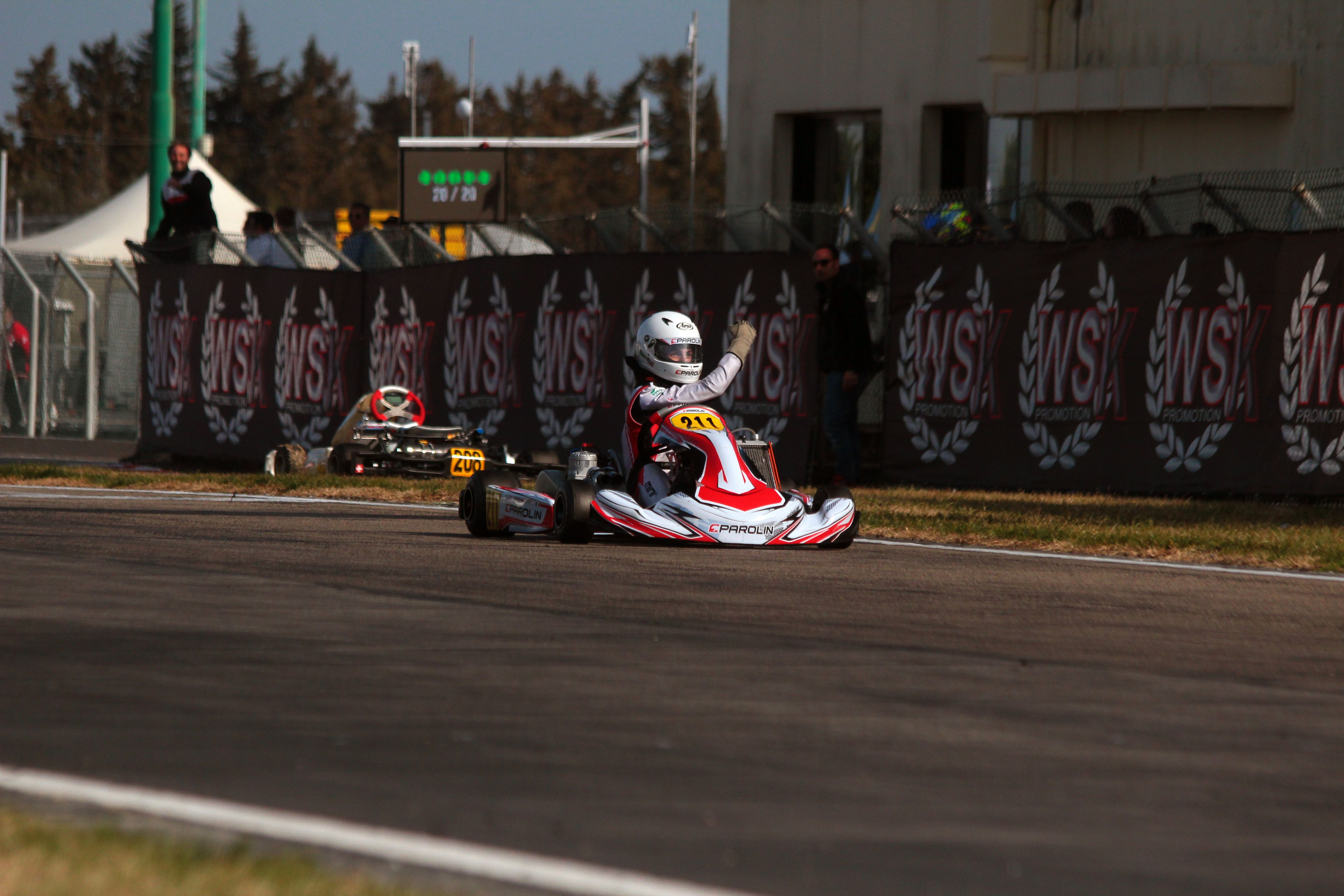 Gabriele Mini won the final in the OK category during the third round of the WSK Super Master Series championship at the International Circuit of La Conca. Dexter Patterson and Pedro Hiltbrand completed the podium.

With Dexter Patterson (KR / Iame / Bridgestone) starting from pole position, the Scot was the great favorite for the win this weekend. Even so, the Kart Republic rider’s career started in a bad way, going down to eleventh place.

But the one who came out the wrong way in the first round was the finn Juho Valtanen (Kosmic / Iame / Bridgestone) who suffered an accident at the first corner after going out in pole position, having starred in a perfect weekend with the win in all qualifying races.

Meanwhile, the catalan rider Pedro Hiltbrand (CRG / Iame / Bridgestone) took the first position of the race but for a short time. The Italian Gabriele Mini (Parolin / TM Racing / Bridgestone) would overtake him already in the second round of the race.

Gabriele Mini would escape from Pedro Hiltbrand, securing the victory. Hiltbrand used his forces to defend himself during the last laps of the Dexter Patterson races that ultimately surpassed him for the second position.

Regarding the pilot’s championship, Dexter Patterson surpasses Lorenzo Travisanutto in the championship with 239 points and 201, respectively. Taylor Barnard runs third with 158 points while Gabriele Mini climbs to seventh place with 148 points.

The next round and behind the championship will be played at the International Circuit of Naples in Sarno on March 21-24.