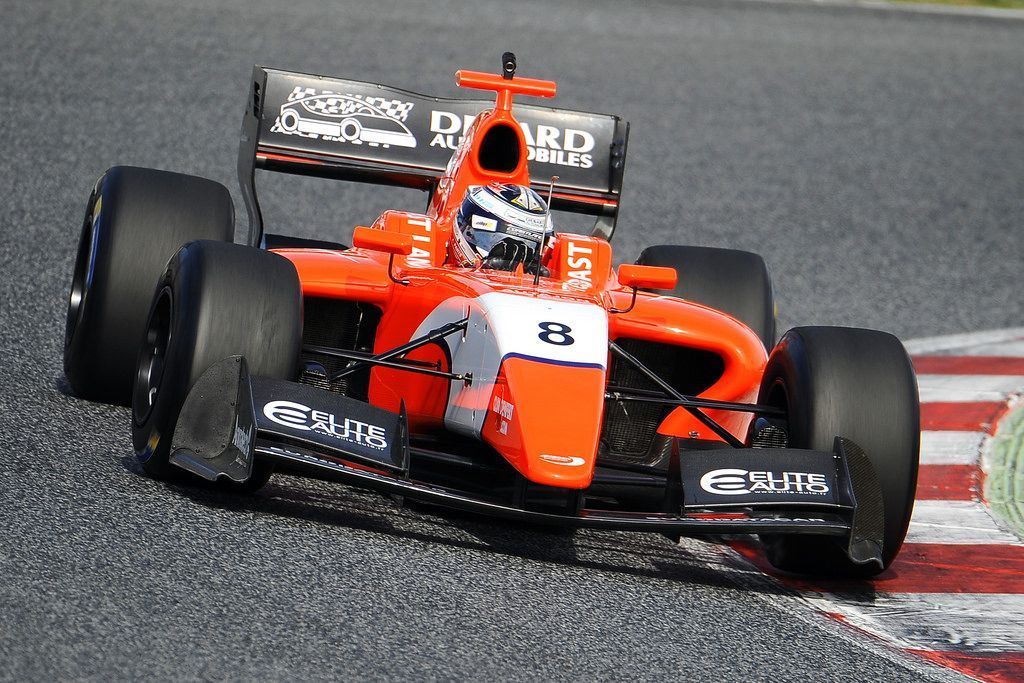 The Formula V8 3.5 teams have landed in the Circuit de Barcelona–Catalunya to complete their first collective test of this Season. In the morning, Aurelien Panis (Arden Motorsport) set the fastest lap time of the day (1.30.835), 0.4 seconds ahead of Tom Dillmann (AVF) Panis was again the best driver in the afternoon practice, ahead of René Binder (Lotus).

17 drivers representing 9 of the entered teams attended the first Formula V8 3.5 collective test, prior to the start of the Season next 16 and 17 of April in Motorland Aragón, in the World Series by Renault Event.  In the morning session, with ideal track conditions, Tom Dillmann (AVF) set the first reference before Pietro Fittipaldi (Fortec Motorsports) and Roy Nissany (Lotus) followed his footsteps in the TV monitors.

Due to the track temperature, there was very little action during the first hour of the afternoon, where Matthieu Vaxiviere (SMP Racing) was the best driver to set a reference lap in old tyres (1.32.456). Following to its morning incident, Cecotto’s car had to stay in the garage.  The other drivers would gradually exit their boxes and regain the track.

The Austrian Lotus driver René Binder would be the first to beat Vaxivière’s reference . After a short brake due to the exit of Atoev (SMP Racing), some drivers went into the track with new rubber. Again, Aurelien Panis, son of the former Formula 1 driver Olivier Panis, did a great job topping the afternoon session with 1.31.156 followed closely by René Binder, Egor Orudzhev, Matthieu Vaxiviere and Pietro Fittipaldi.

“The morning session was quite good. I’ve always been within French teams and things are quite different but I feel really proud to be in this team. This is something new and it’s great to face new challenges. I’m sure that we can improve a lot tomorrow and during the entire season”.

“We have decided to use new tyres only in the morning session focusing in a long run programme during the afternoon. I was so keen to be behind the wheel again! These days should be alright top ut everything together before the first race. Can’t wait to be in the grid.”

“I’m really happy to join Formula V8 3.5 championship. This is the first time that I’m working with the team on track and although we didn’t manage to do a lot of mileage in the morning so far everything is going very well. It is a very powerful car, extremely fast in the corners, and I’m very optimistic towards the new Season.”

“ It was pretty well in the morning, I was fourth, then we changed some things and then we were fifth in the afternoon. Two top 5 finishes in the first test day is really fine obviously it’s just testing and this is just my first day in the Fortec car. I don’t have a lot of experience in the V8 so we just keep improving in every session!”

“My first experience with the car has been good, I tested the tyres tires, is really nice when you have some tyres that last more than two laps! I like very much this championship”