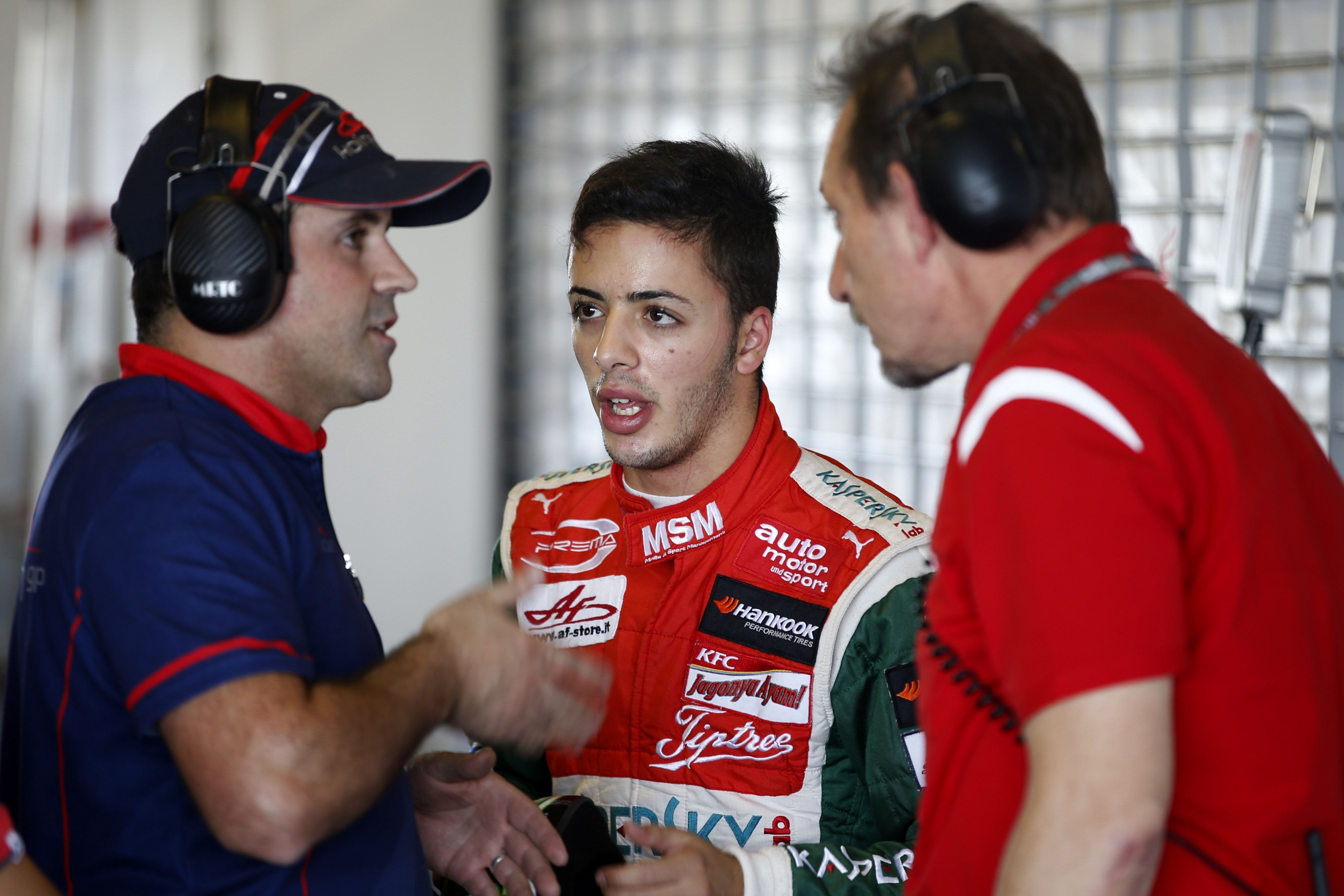 Reigning GP3 champions Carlin have signed Ferrari Driver Academy youngster Antonio Fuoco to join the team’s 2015 line-up.  The 18 year-old Italian will make his GP3 racing debut with the team, having competed in the FIA Formula 3 European Championship in 2014.

Fuoco put in a competitive performance in his first season of F3 in 2014, racking up an impressive 10 podiums including two race wins at Silverstone and Red Bull Ring.  The Kaspersky backed driver also gained useful experience earlier on in the year, competing in the Florida Winter Series.  Racing alongside peers such as Raffaele Marciello and Max Verstappen, Fuoco took four wins, seven podiums and three pole positions.

Previous to the 2014 season, Fuoco was 2013 Formula Renault 2.0 ALPS champion, in only his first season in car racing.  The youngster’s success in cars followed a strong karting career; in his final year of karting in 2012, Fuoco made his debut in KF2, finishing third in the WSK Euroseries all of which was enough for the Italian youngster to officially become part of the Ferrari Driver Academy.

Fuoco already some experience of the Carlin GP3 car, having impressed the team in winter testing in Abu Dhabi in November. Fuoco is the first driver to be announced in Carlin’s 2015 line-up.

Antonio Fuoco said, “I am so happy about this new venture. Together with Ferrari Driver Academy and my management, I have decided to switch category and face this new challenge by competing in the GP3 Series. I tested the car last November in Abu Dhabi and I immediately found the pace I need to be on top of the grid. Being part of such a successful team such as Carlin gives me the necessary tool to achieve important results.”

Speaking about the team’s newest driver, Trevor Carlin said, “We are extremely pleased to welcome Antonio to the team.  He did a great job in testing with us in Abu Dhabi and we’re very grateful to the Ferrari Driver Academy for trusting us with this next stage in Antonio’s career.  Our only aim is to win our second consecutive team and drivers’ titles in GP3 and with Antonio we believe we already have one driver who is capable of that.  We look forward to working with Antonio in the next few months to prepare the strongest start possible for the season.”

The GP3 cars will next be on track for official testing 18 – 19 March in Estoril.