Home Single-Seaters GP3 Fuoco fastest on day one in Estoril 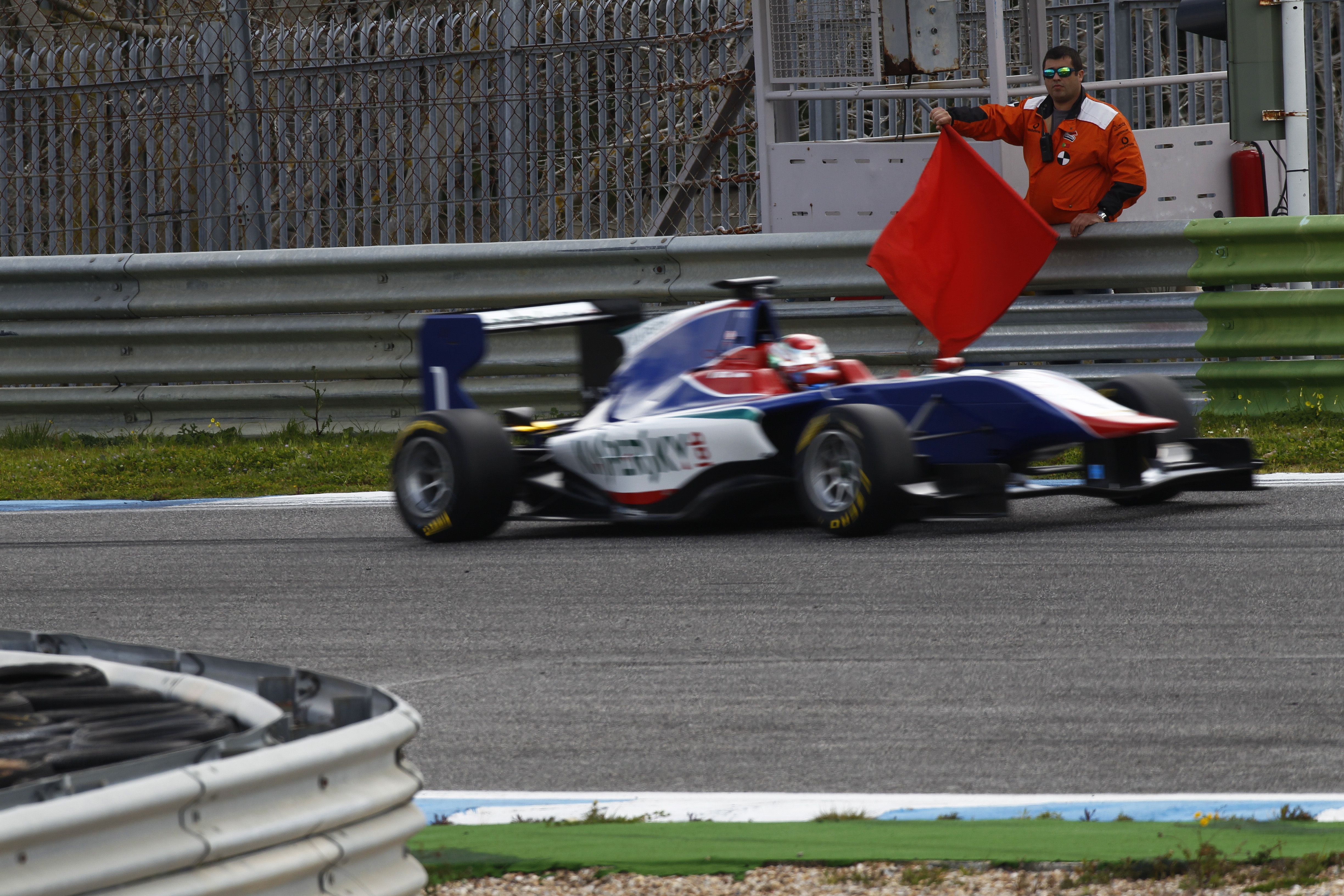 Ferrari Academy Driver Antonio Fuoco recorded the best laptime on day one of pre-season testing in Estoril. The Italian’s fastest lap was 1:28.410 around the Portuguese track. ART Grand Prix’s Marvin Kirchhöfer and Arden International’s Emil Bernstorff completed the top three times and were covered by just 0.023s in a closely fought afternoon session. Colombian debutant Oscar Tunjo set the pace in the morning test for Trident.

After heavy rain had fallen overnight, the track was very damp meaning a quiet start to proceedings. Once the drivers set their installation laps it was a case of waiting for the circuit to dry. With one hour left on the clock, Sandy Stuvik from Status Grand Prix was the first driver to brave running on the slick Pirelli tyre and he jumped to P1.

Jenzer Motorsport’s rookie Ralph Boschung was next to head the timesheet as the teams faced the tricky dilemma of whether to run on track with dark clouds looming. Pirelli supplied the teams with five sets of Medium compounds for this test.

As the clock ticked down, the track became busier as the drivers began their slick tyre runs and the times tumbled. Alex Fontana (Status Grand Prix) was the first driver to break into the 1m29’s, lapping four tenths faster than newly signed Carlin driver Jann Mardenborough. There was a short stoppage when Seb Morris spun at Turn 4 but the Brit was able to continue in the session.

With ten minutes remaining, Tunjo posted a laptime of 1:29.061 to go top with his teammate Luca Ghiotto up to third. There was a red flag in the final moments when Zaid Ashkanani (Campos Racing) spun into the gravel at Turn 13.

That marked the end of the morning test as the teams and drivers had a two hour break before the afternoon session commenced. Tunjo topped the times ahead of Fontana, Ghiotto, Mardenborough, Jimmy Eriksson, Esteban Ocon, Mitchell Gilbert, Bernstorff, Ralph Boschung and Kirchhöfer.

Fuoco was first to lap in the 1m29’s in the afternoon session before Mardenborough broke into the 1m28s bracket, closely followed by Kirchhöfer. The German brought out the third red flag of the day after stopping at Turn 5. There was another brief stop when Artur Janosz spun his Trident machine.

Fuoco reclaimed his place at the head of the timings at the midway point with Bernstorff rising to second before Kirchhöfer displaced the Brit. Matheo Tuscher stopped on track at turn 4 leaving a five minute shootout for the drivers to do their best to improve.

At the chequered flag Fuoco had claimed P1 ahead of Kirchhöfer, Bernstorff, Ghiotto, Mardenborough, Ocon, Boschung, Eriksson, Tunjo and Tuscher.