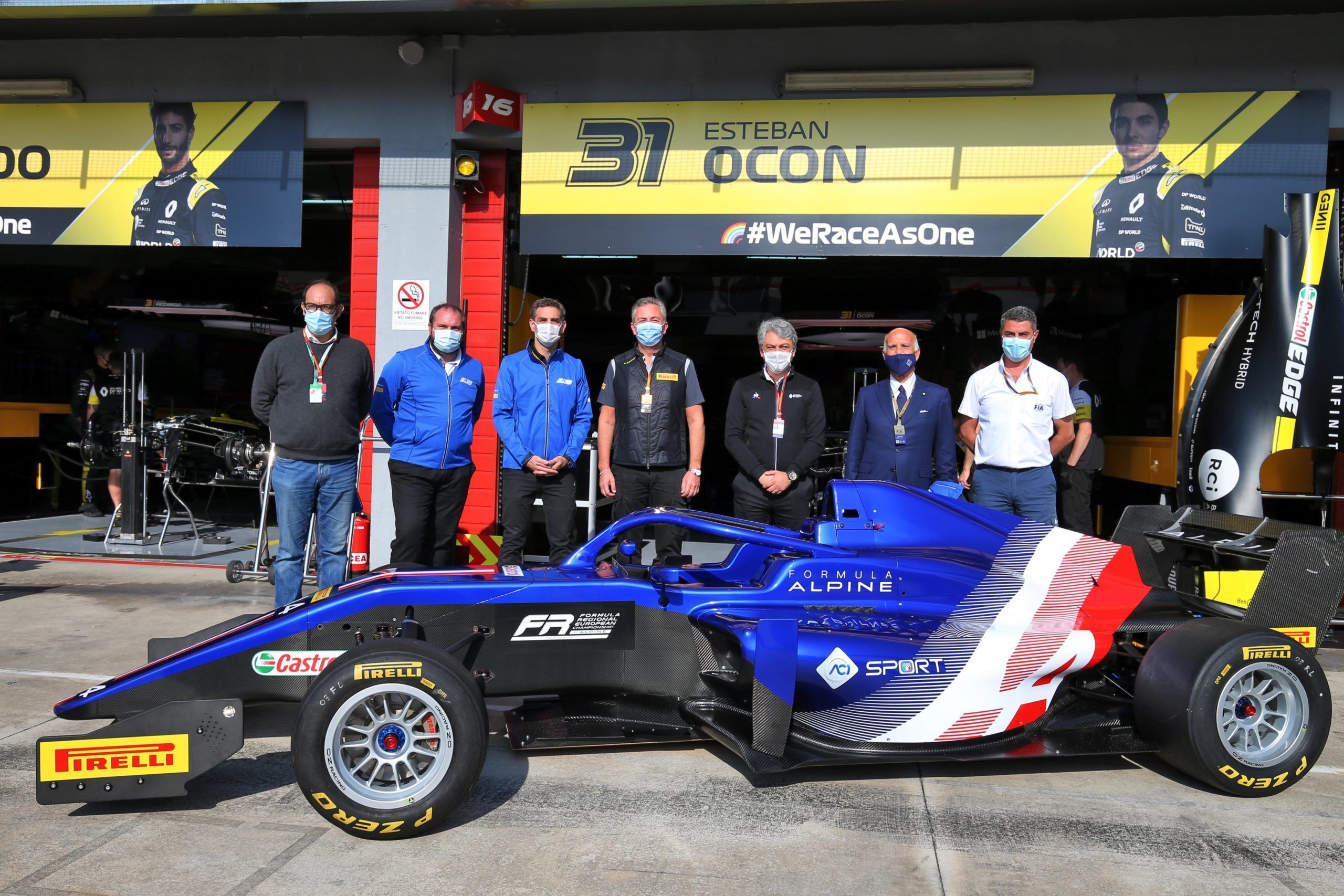 The FIA Formula Regional European Championship, backed by ACI Sport, will merge with Formula Renault, backed by the French manufacturer, from 2021 onward.

The news series is named as ‘Formula Regional European Championship by Alpine – certified by FIA’ as Renault decided to use its new brand name in the junior ladder as well. The FIA and ACI Sport will also continue to back the series along with Pirelli tyres.

The Formula Regional was formed in 2019 to be a platform for drivers moving up from F4 and national F3 series, before taking the bigger step into the F1’s support Formula 3 championship. The FR series, though, continued on under the Eurocup banner.

But from 2021 onward, the Formula Regional will merge with Renault Eurocup to be the one single championship for drivers moving up. There will be 10 rounds with two races per weekend, where three events will take place in Italy and rest across Europe.

The grid will be a maximum of 36 cars, where teams can enter three cars each, while a fourth one will be allowed for female racers. The car will be powered by a 1.8-litre Renault engine and feature chassis by Tatuus, while tyres will be from Pirelli.

The new cars will be built in the racing department at the Alpine factory of Dieppe. The announcement was made during the Emilia Romagna GP weekend at Imola with representatives of Renault and ACI Sport present for the release.

“For more than 50 years, Renault’s action in favour of young drivers has been unparalleled, as well as the know-how of our teams in organising competitive and affordable single-seater championships for talent-spotting and development of future champions,” said Renault Sport Racing chief, Cyril Abiteboul.

“We are therefore particularly pleased with this agreement with the FIA and the ACI which means the creation of the Formula Regional European Championship by Alpine. This agreement strengthens our activities and we are honoured to be able to contribute directly to an FIA championship that will continue to carry the values we are all strongly committed to, race format, sports equity, training and promotion of young European talent. It is also the first concrete marker of the return of the Alpine brand in the world of single-seaters.”

The FIA Vice-President and ACI President Angelo Sticchi Damiani stated: “After having been in 2014 the first country to launch the Formula 4 championship, that with the Italian F4 Championship powered by Abarth has become the point of reference for young drivers as the first step after karting towards F1, once again the Automobile Club d’Italia, through ACI Sport, has been key in the definition of a series that perfectly fits the path defined by FIA for the growth of the talents of international motor sport.

“The Formula Regional European Championship, the series that 2 years ago has been certified by FIA, represents an absolutely strategic and particularly recommended step for young drivers also as natural continuation of their experience in F4. Today, with the important come together of strengths and synergies between ACI, ACI Sport and Groupe Renault, Formula Regional European Championship by Alpine becomes by all means the international point of reference as step towards F1.

“My wish and belief is that all parts will put together the best professionality and manpower to make the championship grow and support at best all the great talents of today, so to be able to watch them compete tomorrow in the fantastic arena of F1.” At the same time, FIA Single-Seater Commission head – and new-to-be F1 chief – Stefano Domenicali added:

“This merger and the creation of the Formula Regional European Championship by Alpine and Certified by FIA adds even greater focus to the FIA’s pathway to the top levels of motor racing. A consolidation of Formula Regional in Europe means that graduates from Formula 4 can learn and grow in a strongly supported, robust and, perhaps most importantly, a competitive environment. Formula Regional European Championship by Alpine – certified by FIA gives them a clear next step on the ladder towards their dream of one day racing in Formula 1.”

And finally, FIA President Jean Todt stated: “The establishment of a new Formula Regional European Championship by Alpine, certified by FIA, is another significant step in refining the pathway to the pinnacle of motor sport, Formula 1.

“It joins the Formula Regional Championships in the Americas, Asia and Japan to form a global platform for young racing talent to progress their motor sport career. I would like to thank Renault, Alpine and ACI for making this merger possible and I look forward to seeing the champions of the future racing in what is sure to be a thrilling new championship.”