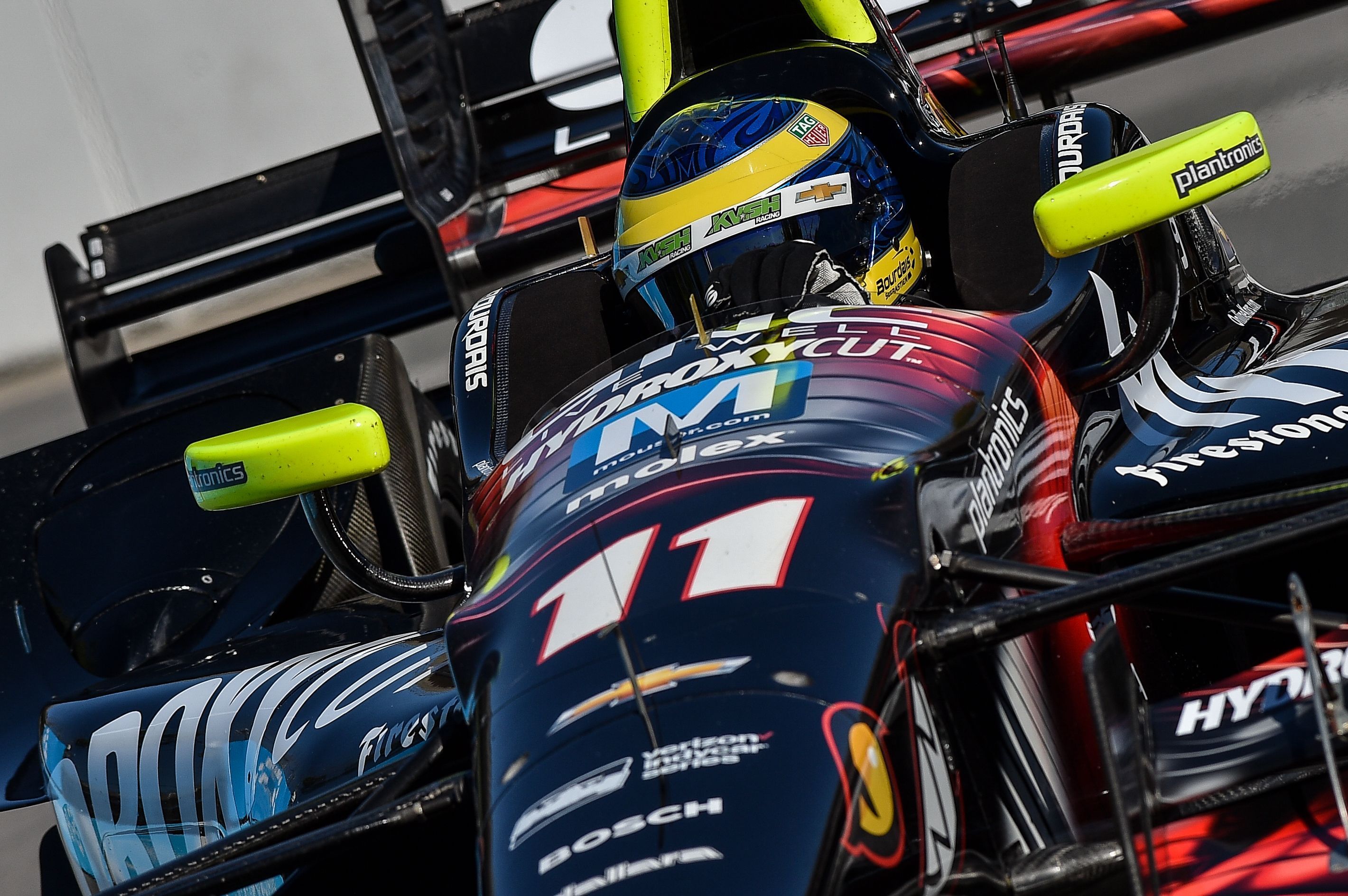 In further preparation for the Honda Indy Toronto, Verizon IndyCar Series teams returned to the streets of Exhibition Place this afternoon, as Simon Pagenaud led a messy second practice ahead of Sunday’s race.

The Toronto circuit has been redesigned slightly due to the construction of a hotel on the Exhibition Place grounds. It has forced the pit lane to move from the south to the north side of the main straight and tightened up the final four turns of the course.

Pagenaud — the Verizon IndyCar Series championship leader after 10 of 16 completed races — said he likes the changes, and it showed with his fast lap.

“I kind of like changes so I’m good with it,” Pagenaud said. “It’s definitely a big change to the last few years. We’re never used to changes but personally I enjoy it.

“This is the first year that we do this new layout so there’s always going to be challenges. On the racetrack itself, I found it actually more exciting than before. I like the fact that Turn 10 is off camber, which is a new feature that we don’t have on any other tracks. I like Turn 11 that’s blind and you have to be very precise, very committed. I actually enjoy it a lot more than before.”

After a clean morning practice that went without issue, the afternoon featured three separate red-flag incidents. It started when Team Penske’s Juan Pablo Montoya grazed the Turn 10 wall and made hard contact the outside wall at Turn 11 in his No. 2 DeVilbiss Chevrolet about a third of the way through the session. The damage sustained put Montoya, who walked away, out of the session.

An extended wall repair led to the practice session being extended five minutes to give teams more opportunity to get a grasp of the 1.786-mile, 11-turn street circuit. Later, Mikhail Aleshin also found trouble while exploring the limits, bringing out a red flag when he looped the No. 7 SMP Racing Schmidt Peterson Honda at the exit of Turn 1.

Not three minutes after the session resumed, the red flag waved again as Charlie Kimball clouted the Turn 11 wall with his No. 83 Novo Nordisk Chip Ganassi Racing Chevrolet, similar to Montoya’s incident earlier. Like Montoya, Kimball avoided injury and his car sustained much lighter damage.

A third practice is scheduled from 9:45-10:30 a.m. ET Saturday and will stream live on RaceControl.IndyCar.com. Verizon P1 Award qualifying for the Honda Indy Toronto begins at 1:30 p.m. ET Saturday on NBCSN. Coverage of the 85-lap race commences at 2:30 p.m. ET Sunday on CNBC and the Advance Auto Parts INDYCAR Radio Network, with a re-air at 5:30 p.m. on NBCSN.