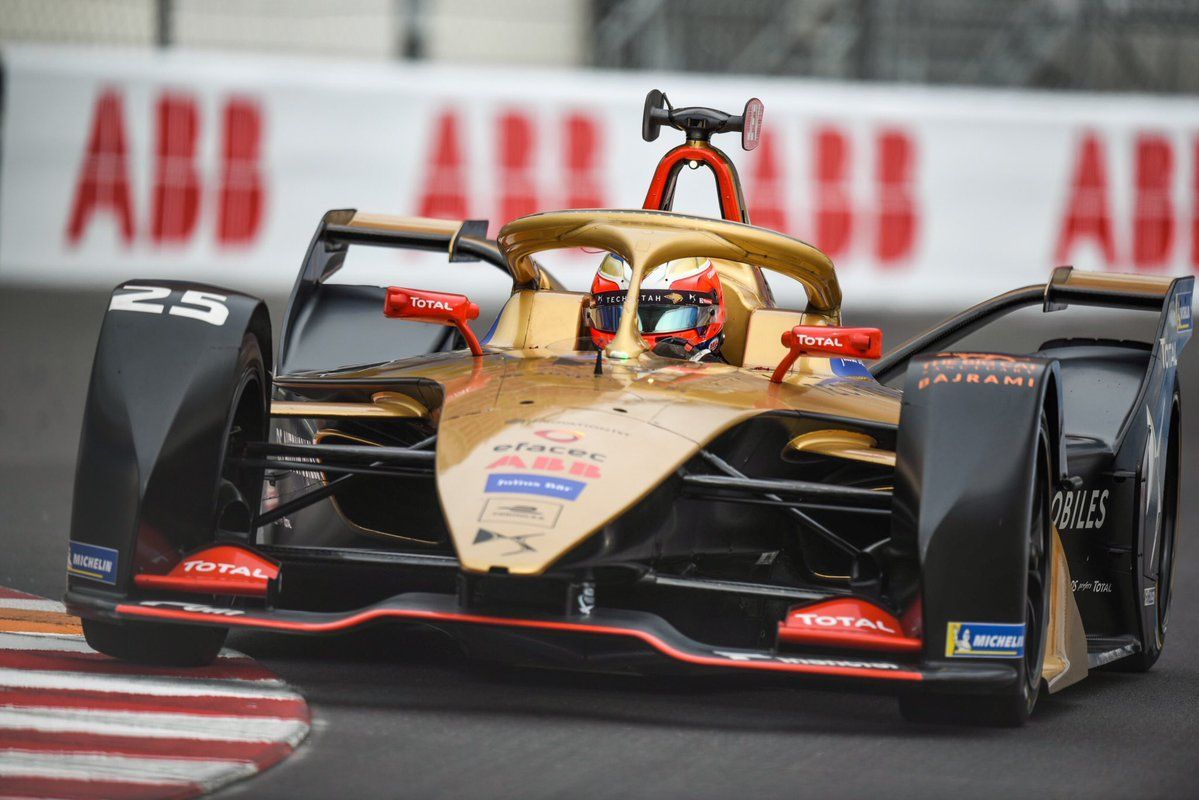 BMW Andretti’s Antonio Felix da Costa led the way in the first group of Formula E qualifying in Monaco EPrix with a best of 50.735s from Envision Virgin’s Robin Frijns (50.498s) and Audi’s Lucas di Grassi (50.502s) – the Brazilian only 0.004s away from the Dutch.

Mahindra Racing’s Jerome D’Ambrosio (50.601s) slotted in fourth with DS Techeetah’s Andre Lotterer (51.016s) in fifth with the German’s chances to move forward limited after a brush with the wall.

The second group changed the standings by a bit as DS Techeetah’s Jean-Eric Vergne took the top slot with a 50.084s as Jaguar Racing’s Mitch Evans (50.247s) slotted in second. None other made it into Top 6.

BMW Andretti’s Alexander Sims (50.351s) had initially slotted into second but dropped down the order to seventh with HWA Racelab’s Stoffel Vandoorne (50.451s) in ninth.

The fourth group did not make any impressions on the Super Pole with Jaguar Racing’s Alex Lynn (50.370s) the best in eighth with GEOX Dragons’ Jose Maria Lopez (50.432s) in 10th with his teammate Maximilian Gunther (50.514s) in 14th.

Jaguar’s Evans started the pole fight with the Kiwi setting a 50.112s but he was immediately beaten by Nissan’s Rowland with a 50.021s. His teammate Buemi did not have a good run to be only third with a 50.234s lap.

Venturi’s Massa made a small error but it was enough to beat Buemi as he took third with a 50.218s lap. He didn’t stay there for long as Mahindra’s Wehrlein also had a moment but it put him in third with a 50.128s lap.

DS Techeetah’s Vergne finished second on the road with a 50.042s but with a three-place grid penalty, the Frenchman took Monaco EPrix pole with Evans alongside him and Wehrlein and Rowland alongside. Evans, though, is also under investigation.