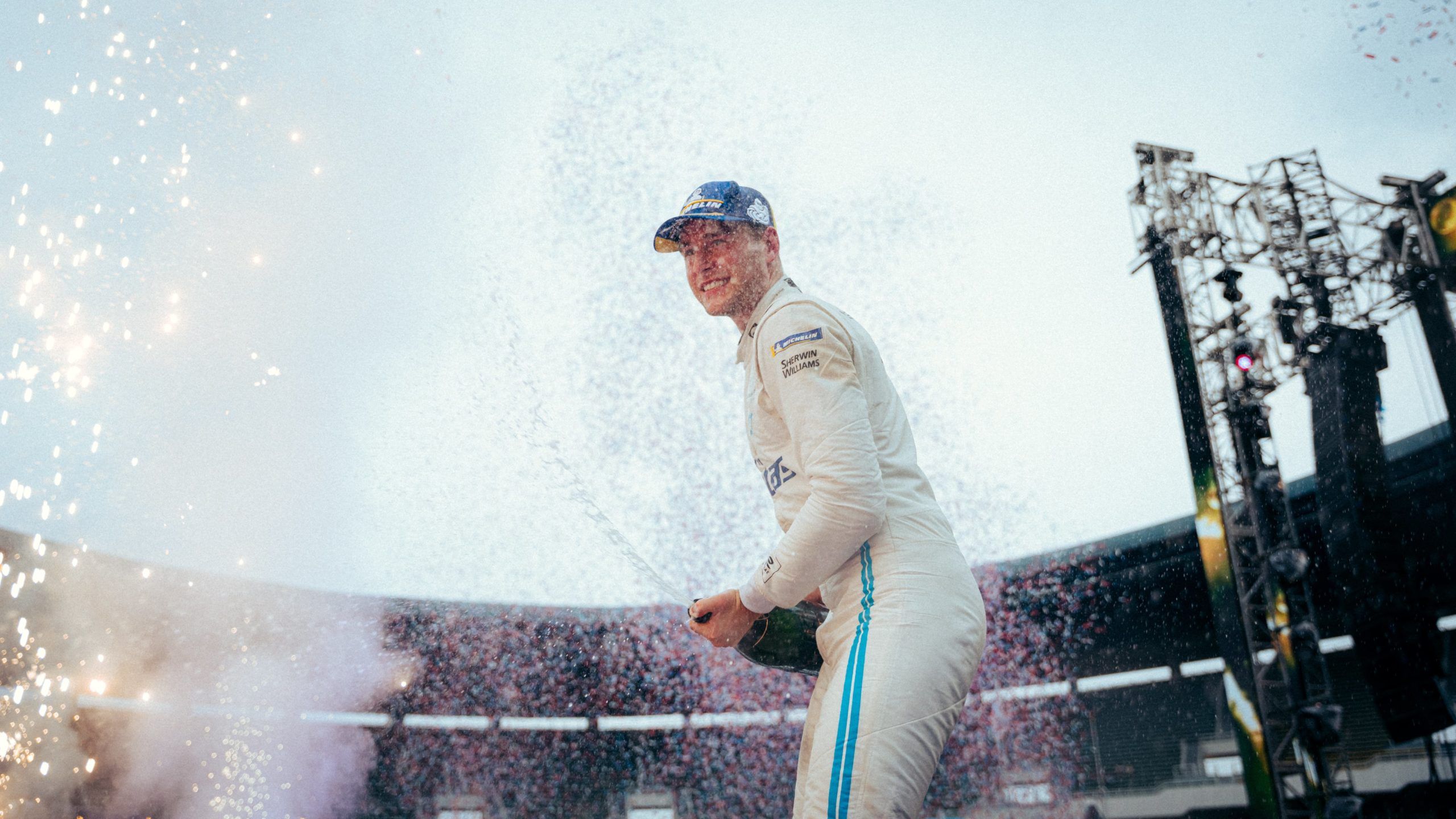 Stoffel Vandoorne took the Formula E title along with Mercedes after finishing second in Race 2 of Seoul EPrix weekend behind Edoardo Mortara.

A dry track greeted the grid on Sunday in Seoul after Saturday’s downpours, everybody filtered through with the leaders as you were with Dan Ticktum (NIO 333) profiting to go sixth amid the melee through Turn 2. Vandoorne picked his way through to hold that fourth spot, with Evans gaining a place to go 12th with an important move on Nyck de Vries (Mercedes-EQ).

On Lap 3, Mortara spied his chance to jump da Costa for the lead with a switchback at Turn 22. The dummy was bought by the Portuguese and the Venturi driver took the lead, with Dennis following in second spot.

Ticktum had run with the lead six through the opening laps but was forced to pit with a technical problem at the end of Lap 3. A real shame for the Brit who looked to be in with a chance of sealing NIO 333’s first points since Rome.

The first round of ATTACK MODE activations was kicked off by Pascal Wehrlein (Porsche), who’d worked his way up five positions to 10th, before retiring the Porsche at Turn 4. De Vries was in strife on Lap 7, too, with the Mercedes-EQ driver getting into Wehrlein – causing both race-ending damage; Venturi’s chances of overthrowing the German giants saw a significant boost.

With a third of the race gone and one of two mandatory 30kW ATTACK MODE boosts down, Mortara headed Dennis and looked to be managing a cushion of just over a second. Both were three seconds up the road of Da Costa, Vandoorne, Frijns, di Grassi, Askew, Vergne, Evans and Cassidy rounded out the top 10. As it stood, Vandoorne had more than a hand on the Drivers’ World Championship trophy, with Evans needing to win. The Jaguar driver, meanwhile, was losing ground to the leader – some 10 seconds back.

There was big Teams’ World Championship drama on Lap 13 as di Grassi was forced into pitting to sort a front-right puncture. That gave Mercedes-EQ a 16-point advantage – impossible to close without the Brazilian’s presence in the points.

With 22 minutes plus one lap to go, the Safety Car was deployed to recover Maximilian Guenther’s stricken Nissan e.dams which looked to have something terminally broken on the front left corner. A lifeline for Evans? The pack would be squeezed back up but Vandoorne, still fourth, held all the cards.

On the restart, leader Mortara and da Costa jumped for their second ATTACK MODE boost. At Turn 22, Dennis was on the defensive with da Costa hunting second with that extra 30kW of power in-hand. The Portuguese’ DS and Dennis’ Andretti came to blows and da Costa ended up nose-first in the wall and shuffled right to the back of the pack.

Into 6m35s plus one lap after TAG Heuer Added Time, and Dennis was penalised to the tune of five seconds added to his race time for that move – leaving him a net third at the final chequered flag of the Gen2 era.

Mortara had plenty in hand to steer to the win by almost four seconds from Vandoorne, with Dennis third, Frijns fourth, Askew fifth and Vergne rounding out the top six. Evans’ seventh was valiant but ultimately not enough.

#ABBFormulaE #SeoulEPrix #FINAL A bumpercar start but they all kept going. Number of cars pitted for new tyres and number of cars with issues. There was 1 safetycar. Mortara wins the final #Gen2 EPrix and Vandoorne takes the championship. #MsportXtra @FormulaEZone pic.twitter.com/5woSXH0ti7

Here’s how Race 1 in Seoul EPrix panned out