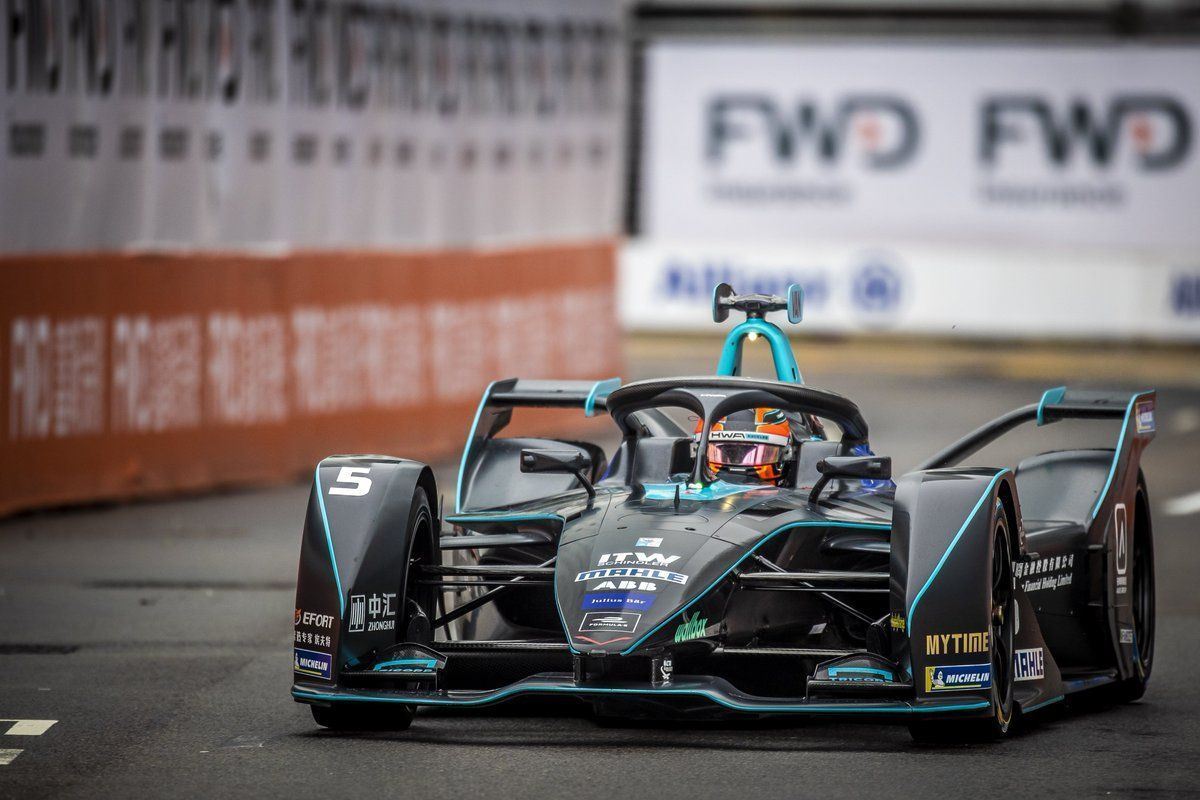 The weather played a huge part to determine the the rest of the order with the Hong Kong track being at its worst stage. Audi’s Lucas di Grassi headed the way with a 1m12.321s lap ahead of Envision Virgin’s Sam Bird (1m12.529s).

BMW Andretti’s Antonio Felix da Costa (1m14.384s) was third with the two Mahindra Racing drivers, who were first to rush out, were fourth and fifth with Pascal Wehrlein (1m14.830s)  ahead of Jerome D’Ambrosio (1m15.347s).

The track started to improve as rubber was laid in with Venturi’s Edoardo Mortara (1m12.156s) going the quickest of all as DS Techeetah’s Andre Lotterer (1m12.204s) slotting in second – only 0.048s apart.

Envision Virgin’s Robin Frijns (1m12.600s) and DS Techeetah’s Jean-Eric Vergne (1m12.975s) booked their places in the Super Pole for the time being in fifth and sixth respectively, but the Frenchman spun on the main straight after his quick lap.

His quickest lap was later on deleted for causing a red flag when Mortara was put under investigation for not slowing down under those conditions. Meanwhile, Jaguar’s Mitch Evans (1m13.920s) just missed on Super Pole but was seventh.

There was another change at the top following the end of third group with Nissan e.Dams’ Oliver Rowland (1m12.140s) going quickest ahead of Mortara. His teammate Sebastien Buemi (1m12.529s) was the only other driver to make it into Super Pole in sixth.

The final group also had only two drivers eventually making it to the Super Pole with the two HWA Racelab drivers Stoffel Vandoorne (1m11.592s) and Gary Paffett (1m12.093s) heading the way in a 1-2 formation – with Vandoorne half a second up on the rest.

The start of the Super Pole session was delayed for the rain to ease down a bit in Hong Kong with di Grassi the first man out to set the benchmark lap of 1m14.177s which certainly did not looked like to be the pole lap.

It turned out like that with Lotterer going quicker than him with a 1m12.868s but his lap was thwarted by Mortara, who did a 1m12.310s to be the quickest. However, Rowland took a step further with a 1m11.903s lap to take provisional pole.

A spin for HWA Racelab’s Paffett (1m13.033s) hindered his chances for a pole as he only managed a fourth place finish but quicker than di Grassi. His teammate Vandoorne though did not do anything wrong took pole with a 1m11.580s lap.

This was not only the Belgian but also the brand new team’s first Formula E pole, while they also opened up their points tally. A three-place penalty for Mortara dropped him to sixth with Lotterer, Paffett and di Grassi gaining a place each.