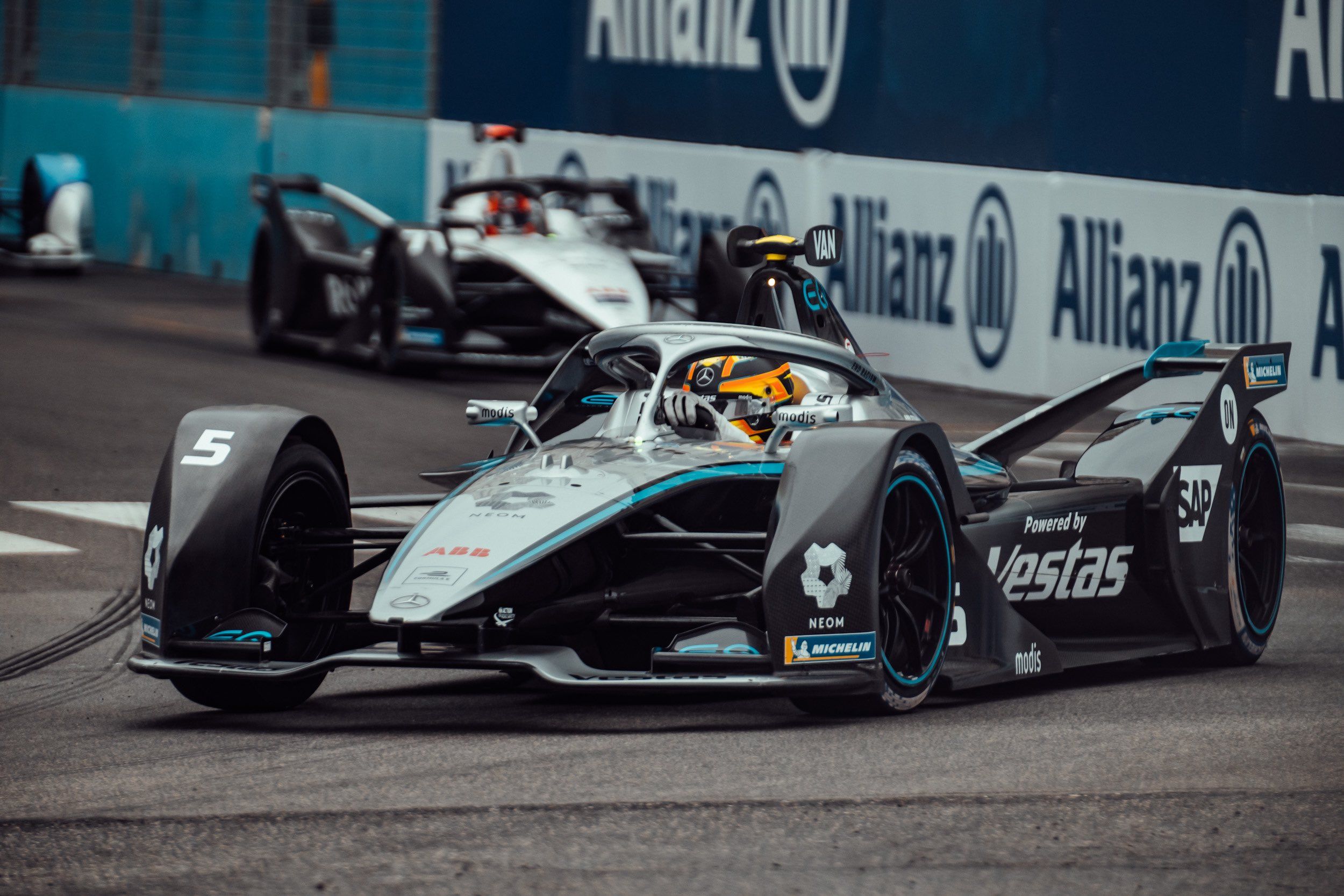 But the start didn’t go well for Cassidy, who spun due to a software issue, dropping him to the fag end of the Top 10. Nato took over the lead from Wehrlein, Vandoorne, BMW Andretti’s Maximilian Guenther and Sims in the Top 5 then.

Sims passed Guenther for fourth but the German got it back, as Venturi’s Edoardo Mortara slotted in sixth from Nissan’s Oliver Rowland, Dragon’s Nico Mueller, Cassidy and Nissan’s Sebastien Buemi in the Top 10 of Formula E Rome EPrix.

Wehrlein was the driver on charge as he cleared Nato for the lead, who dropped to third after Vandoorne took second too. The race was then nuetralised for Cassidy crashing out after a nudge from Rowland, who took his Attack Mode, in the right-hander.

The race for Cassidy was done as Rowland was handed a 10s penalty. The similar time was handed to Porsche’s Andre Lotterer for using extra part on his car, while Envision Virgin’s Robin Frijns had a 5s penalty for failure to keep the car at 10 cars length at start.

As Vandoorne took the lead from Wehrlein, who took his Attack Mode, the Formula E Rome EPrix was neutralised after a crash for Audi’s Lucas di Grassi. The Brazilian was caught out in an incident with Nissan’s Buemi – with the move under investigation.

There was another investigation for Jaguar’s Sam Bird colliding with Dragon’s Mueller in the same corner where Cassidy crashed out. The re-start had the race under control by Vandoorne, but Wehrlein was caught napping, allowing Sims to take second.

Nato steadied himself in fourth from Mortara, with Guenther dropping to sixth from Rowland, DS Techeetah’s Antonio Felix da Costa, Jaguar’s Mitch Evans and Buemi in the Top 10 – where the Portuguese and the Kiwi made loads of places.

Audi’s Rene Rast was another one to climb up the field as he got on the tail end of the Top 10 fight after Buemi dropped out. But his fight-through was undone by a spin onto wall, ending his race, with the safety car called out to clear the car.

The re-start was superb from Vandoorne, who fend off Sims pressure by using his Fan Boost, to win Race 2 of Formula E Rome EPrix. It was redemption for the Belgian after Race 1 trouble as the Brit in second, had his first podium with Mahindra.

It was energy trouble for Nato behind, who finished third on the road, but was under investigation for energy overuse. He was eventually disqualified from the race, helping Wehrlein to take third from Mortara and Guenther in the Top 5.

Mortara had a moment too along with seventh and eighth placed Evans and da Costa, but there was a late crash involving de Vries, Bird and Rowland. The Dutchman lost it in the left-hander, taking the Brit duo with him – the move was put under investigation.

While de Vries and Bird got stuck in the corner, Rowland managed to get around to continue in the race, as Mahindra’s Alex Lynn and Frijns were ninth and 10th, but they dropped down the order after failing to use the Attack Mode.

The order changed with Evans in sixth from da Costa, Buemi, NIO’s Tom Blomqvist and Dragon’s Mueller in the Top 10, where the Swiss racer is under investigation.