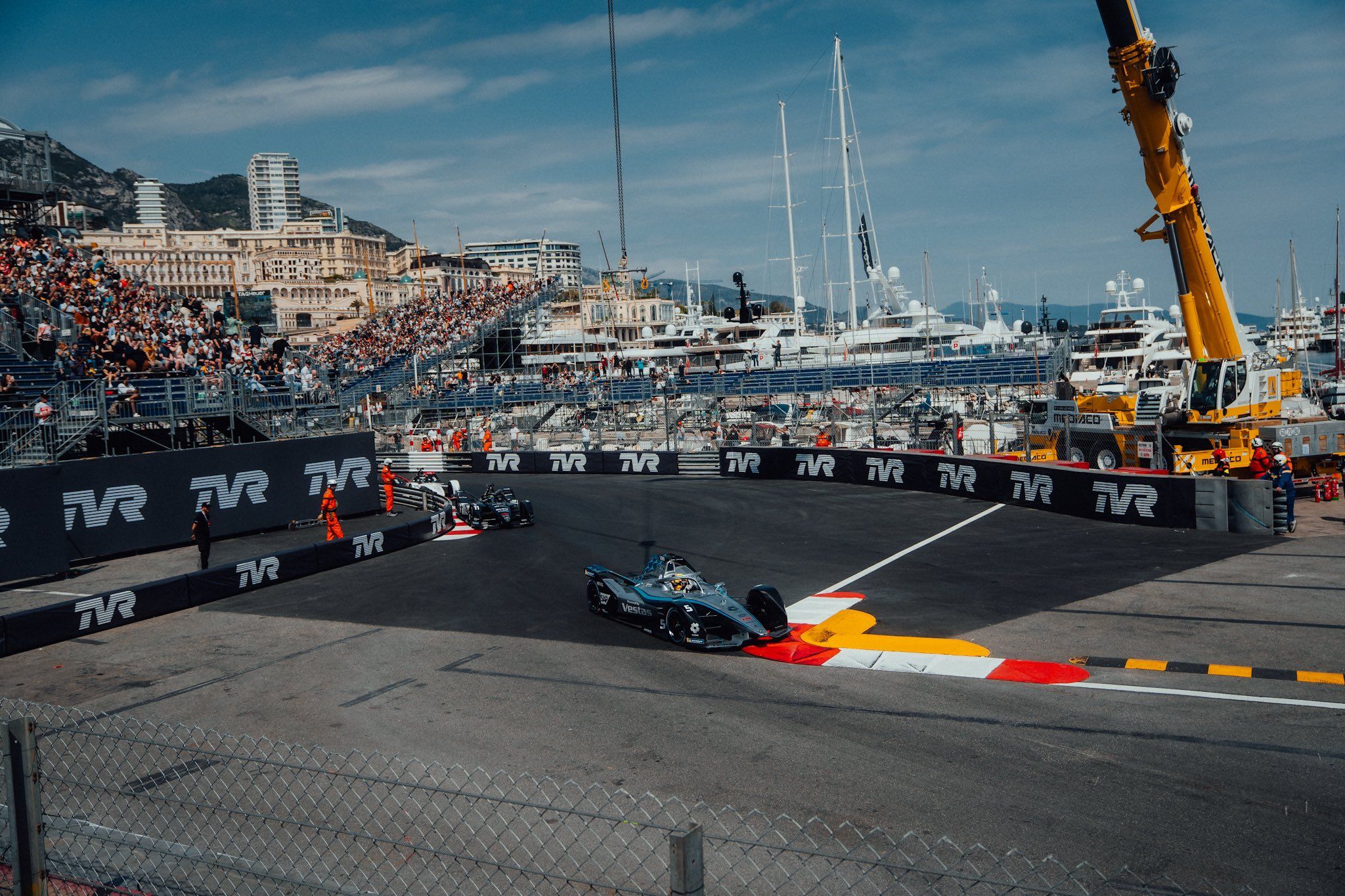 Only driver to lose out was DS Techeetah’s Antonio Felix da Costa as Andretti’s Oliver Askew climbed up to 10th from teammate Jake Dennis. It was more of a procession in the first part with no troubles apart from Jaguar’s Sam Bird who was forced to retire.

The grid started to jumble when drivers took their first Attack Mode as Evans and Wehrlein kept it late where the Jaguar driver was fighting to save energy. This allowed Vergne to close in on them along with Vandoorne in the fight for the win.

Vergne took the lead with Evans and Wehrlein took their Attack Mode as the German eventually stopped on track due to a suspected brake issue. There was Full Course Yellow situation moments after when Vergne took his second Attack Mode.

Not long after the re-start saw Porsche’s Andre Lotterer and Mahindra’s Oliver Rowland collided at Turn 1 to bring out the safety car. Both the drivers retired as Vandoorne took the lead from Evans, Vergne di Grassi and Frijns in the Top 5.

Da Costa was sixth from Venturi’s Edoardo Mortara, Nissan’s Maximilian Guenther, Dennis and Mercedes’ Nyck de Vries in the Top 10. As the race progressed, Vandoorne led from Vergne who cleared Evans on re-start. He also lot to Frijns but regained third.

Da Costa was up to fifth from di Grassi, with Guenther seventh, Cassidy eighth, de Vries ninth and Nissan’s Sebastien Buemi in the Top 10 after Mortara pitted due to an issue. While Vandoorne led the way, Evans fought back to second after clearing Vergne.

The Frenchman started to put pressure on Frijns with da Costa and di Grassi not far behind. At the front though, it was clean end from Vandoorne who scored his first win of 2022/23 Formula E season in Monaco with Evans and Vergne rounding the Top 3.

Frijns fell short by 0.174s with da Costa in Top 5 from di Grassi, Envision’s Nick Cassidy, Buemi, Dennis and de Vries in the Top 10 after Guenther ran out of energy to drop outside of the points position.