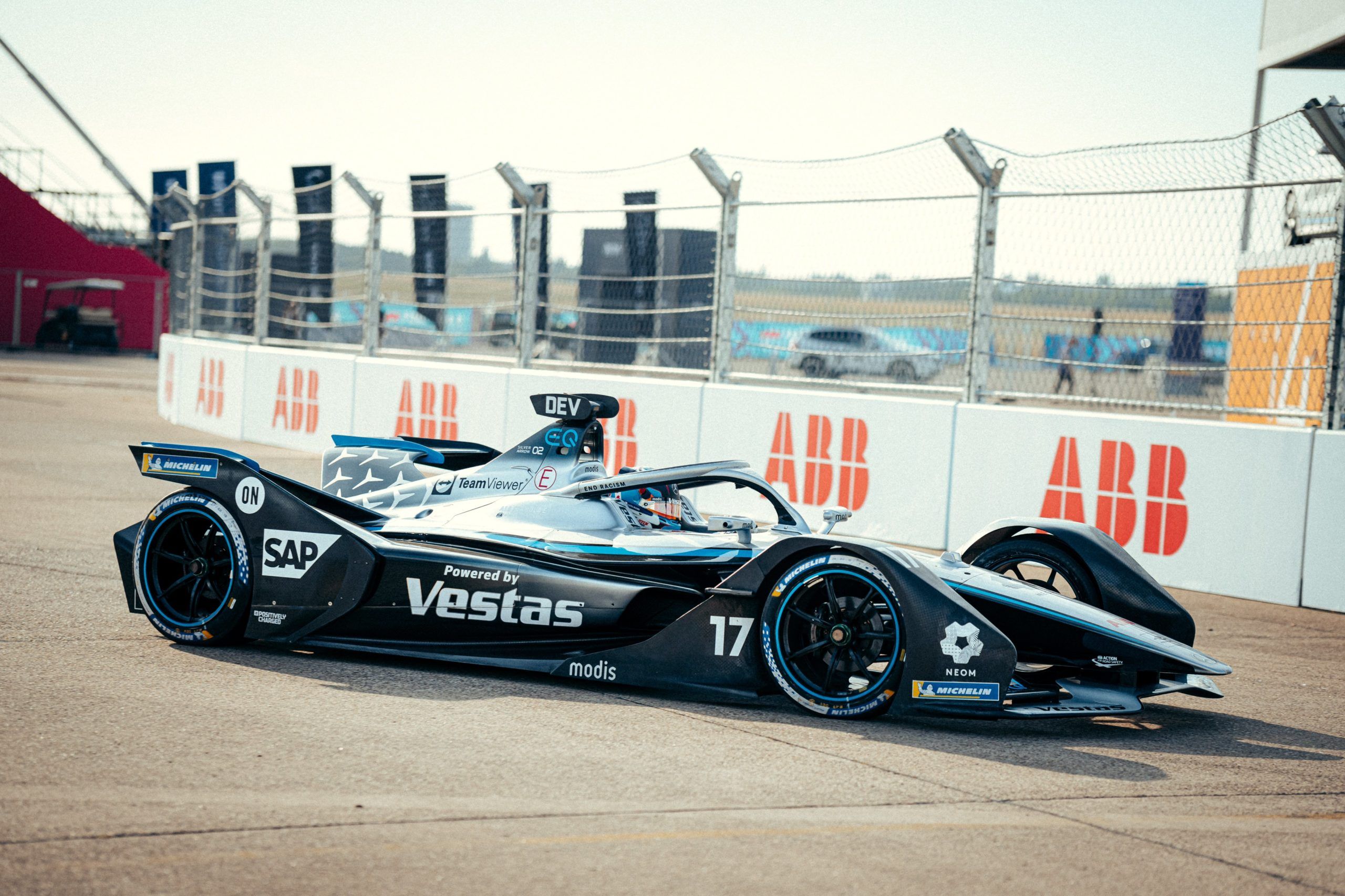 Venturi’s Norman Nato closes 2020/21 Formula E season with a win in Race 2 of Berlin weekend, as Nyck de Vries and Mercedes were crowned as new champions.

Pole-sitter Stoffel Vandoorne led the way in his Mercedes at the start of Race 2 of Berlin Formula E weekend – the last race of the 2020/21 season. But there was a huge hit just behind him after Jaguar’s Mitch Evans stopped after moving by few inches.

He was then hit on the back by Venturi’s Edoardo Mortara, as the race was red-flagged. It ended the big chance for Evans to win the drivers’ title, especially with other contenders quite far off, while the outside chance of the Swiss racer ended soon as well.

Even before the action could get going, there was a Full Course Yellow after another Formula E title contender Dennis crashed out at Turn 1. He was hugely frustrated with the outcome after getting caught out at the back of Buemi.

Vandoorne continued lead the way from Rowland, Sims, Nato, Blomqvist, Lotterer, Buemi, Wehrlein, Camara and Mercedes’ Nyck de Vries in the Top 10 – where the latter was in the prime position to win the 2020/21 Formula E title.

An early Attack Mode usage from Nato allowed him to take the lead of the Berlin Formula E race. Vandoorne then made a mistake which allowed Sims and Rowland to sneak through him. The strategy game was on with Sims using his second Attack Mode soon.

Nato had a net lead of the race despite his second Attack Mode, as Sims was second from Rowland in the Top 3. Vandoorne was fourth from Lotterer, with de Vries in sixth from Wehrlein, DS Techeetah’s Jean-Eric Vergne, Blomqvist and Buemi in the Top 10.

The Brazilian tried a move on the incident at the U-Turn left-hander, which drove da Costa into the wall, ending another title contender’s chance to win the 2020/21 Formula E title. The move was naturally put under investigation by the stewards.

The re-start saw Nato fight hard to keep his lead from Rowland and Sims. The latter came under pressure for third from de Vries, who used Fan Boost on him. The Dutchman passed the Brit into the right-hander as Wehrlein came through as well to make a move.

But Sims fought back in the other left-hander, where de Vries went a bit wide to allow the Mahindra driver to retake third. It left the Dutchman, Wehrlein and Vandoorne in a three-way moment, where the Belgian driver tapped the car of the German.

It allowed Lotterer to get past, dropping de Vries to seventh. A late Attack Mode use from Vandoorne allowed him to pass both the Porsche drivers and Sims for third, while de Vries steadied in seventh from Vergne, Audi’s Rene Rast and Blomqvist in the Top 10.

Di Grassi, meanwhile, was handed a drive-through penalty for forcing da Costa into the wall. At the front, Nato led Rowland and Vandoorne, as Sims in fourth had to defend hard from Lotterer, Wehrlein, de Vries, Vergne, Rast and Envision Virgin’s Sam Bird.

Lotterer and Sims went wheel-banging, but the German took the fight to be fourth as the Brit kept his nose ahead of Wehrlein. Behind them, Bird came from 10th to seventh as de Vries was eighth to be crowned as the 2020/21 Formula E champion.

Mercedes took the teams’ title, meanwhile, as the Top 10 in Berlin Formula E race saw Rast ninth and Blomqvist 10th. Vergne lost the most to be 11th, with Envision Virgin’s Robin Frijns in 12th from Mahindra’s Alex Lynn, Buemi and BMW Andretti’s Maximilian Guenther in Top 15.