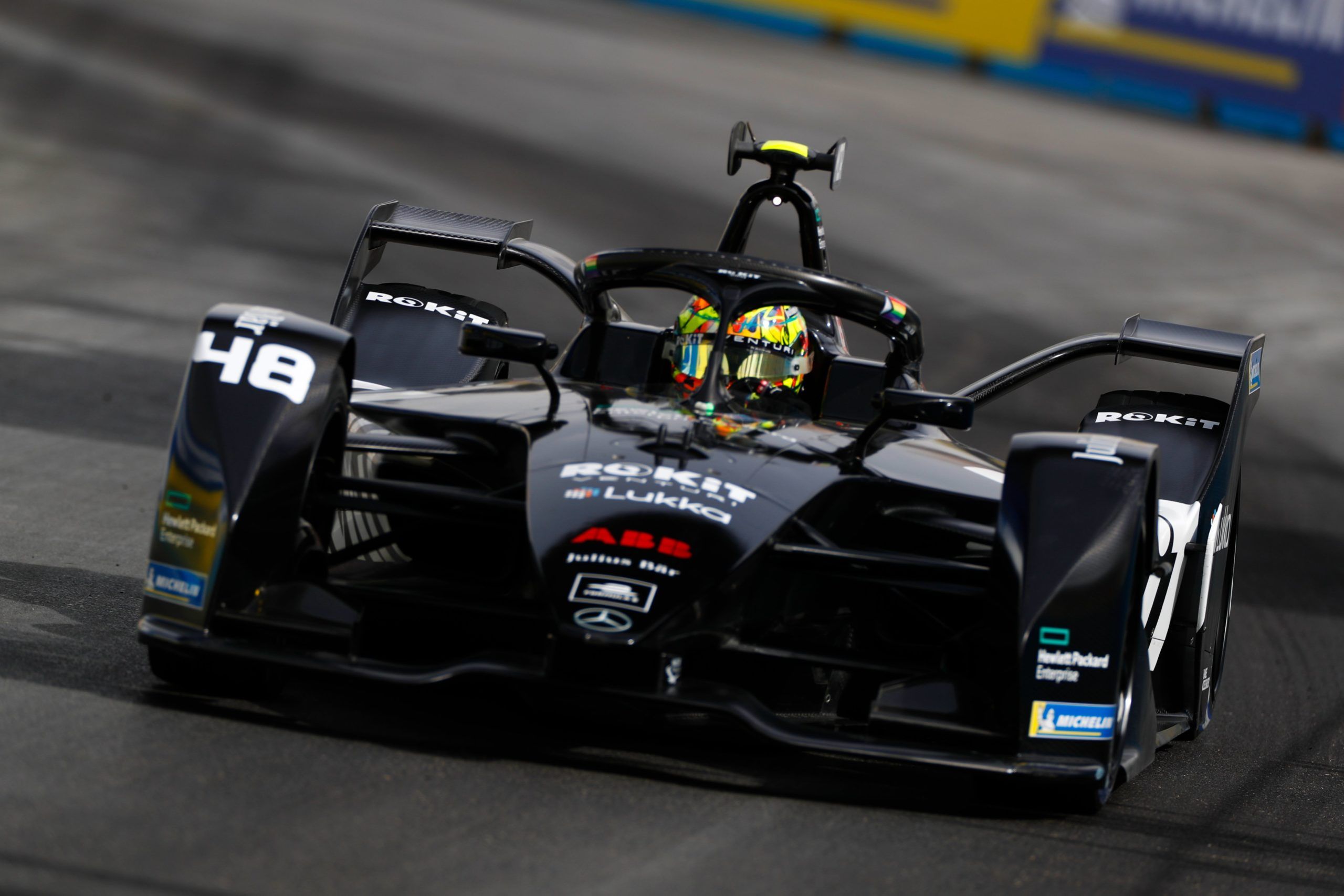 Nyck de Vries started well from pole in Race 2 of Formula E weekend in Diriyah EPRix abode his Mercedes in a clean start from Venturi’s Edoardo Mortara and Envision’s Robin Frijns as others until sixth maintained their positions.

It was Venturi’s Lucas di Grassi in fourth from Porsche’s Andre Lotterer and DS Techeetah’s Jean-Eric Vergne, as Mahindra’s Oliver Rowland jumped to seventh from DS Techeetah’s Antonio Felix da Costa after starting from 10th on the grid.

Andretti’s Jake Dennis was ninth with Porsche’s Pascal Wehrlein 10th as Mahindra’s Alexander Sims went off at Turn 18 to drop down the order. Another driver to lose places as the race went on was da Costa, who lost three places to be 12th at a point.

The likes of Mercedes’ Stoffel Vandoorne and Andretti’s Oliver Askew made it in the Top 10, as Wehrlein dropped out in 11th. But the German got himself back in the points after a mistake from the American Formula E rookie with da Costa sneaking through to 11th.

The fight at the front started to intensify amid Attack Mode use. After di Grassi got through both Frijns and Mortara, he pushed to clear de Vries for the race lead. It was carbon copy fight between the 1-2 and 3-4 going into the Turn 1 with both Venturi drivers pushing on.

Di Grassi and Mortara tried an outside move on de Vries and Frijns at Turn 18 which became the inside corner in Turn 19, allowing them to pass their rivals. Mortara tired to clear de Vries for second but had to fall back before attacking again.

He had the Attack Mode to get through him and also pass his teammate to lead the Formula E race. De Vries used his Attack Mode late which allowed Frijns to be third as Vergne was fifth from Lotterer who ran as high as fourth at one point before dropping.

Dennis steadied in seventh from Rowland, Vandoorne and Wehrlein in the Top 10 as da Costa kept Askew at bay. As Mortara led di Grassi and Frijns, de Vries and Vergne made contact at Turn 18 which damaged the Dutchman’s car.

He dropped to 10th as a result in the laps to follow behind Wehrlein. Lotterer was fourth from Dennis who cleared Vergne as Vandoorne passed Rowland for seventh. At the front, Frijns made a clean move on di Grassi to take second as he pushed Mortara for lead.

There was a safety car period just as Vandoorne and Vergne activated their Fan Boost with Sims stranded on the track after hitting the barrier at Turn 5. As per the new rule, it looked like there would added time but the safety car period stretched out to deny that.

There was no time left in the end as the safety car was pulled in leaving nothing for drivers to reach the cheuqered flag under green flag. It was Mortara with the Race 2 win in Formula E weekend in Diriyah EPrix, with Frijns second and di Grassi third.

Lotterer was fourth from Dennis, Vergne, Vandoorne, Rowland, Wehrlein and de Vries in the Top 10. Outside the points, Jaguar’s Mitch Evans climbed to 11th with Askew in 12th as da Costa dropped back to 13th from the Nissan e.Dams pair.