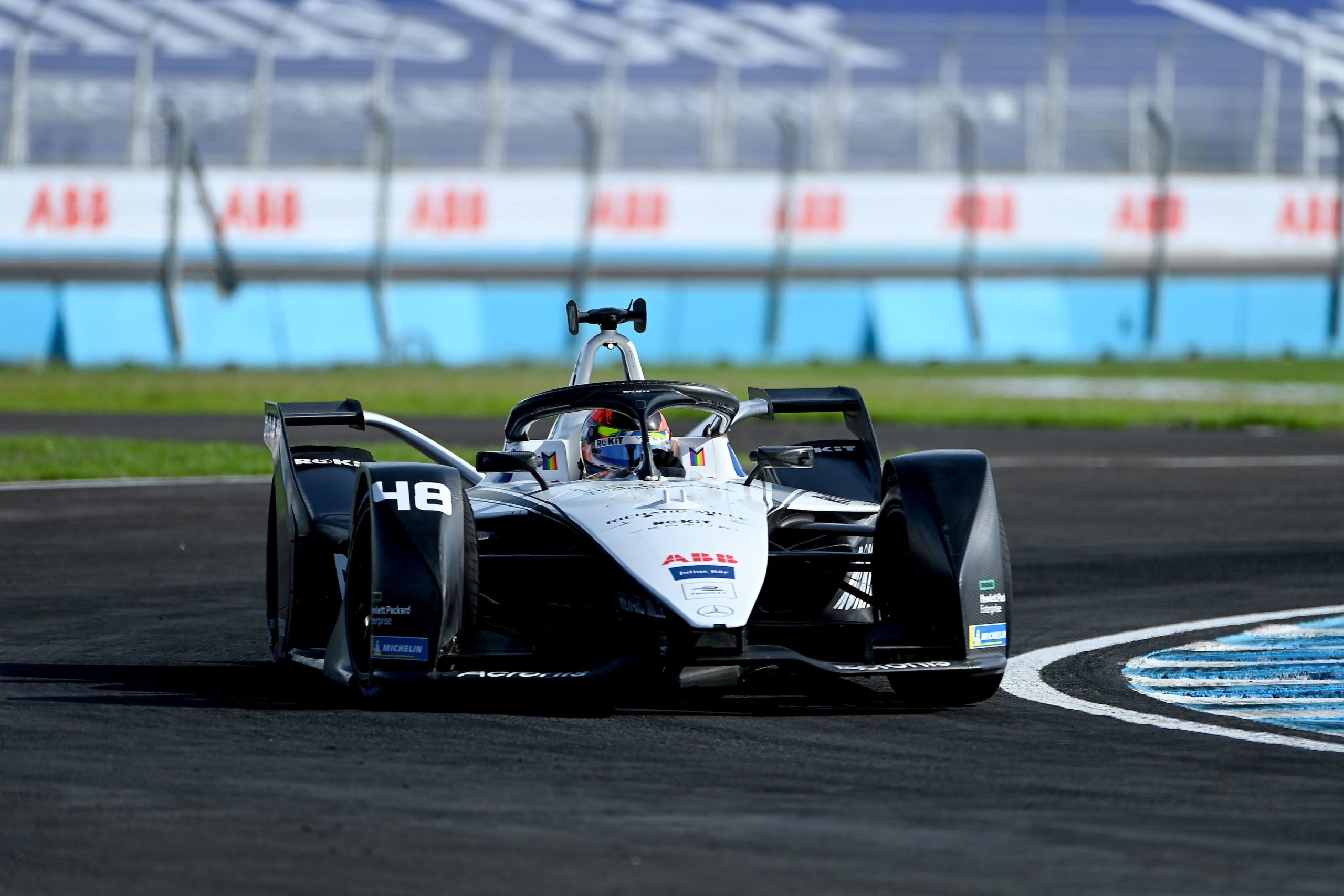 Pole-sitter Oliver Rowland led the way in Race 2 of Formula E weekend in Puebla in his Nissan e.dams car as Venturi’s Edoardo Mortara cleared Porsche’s Pascal Wehrlein to second at the race start in sunny conditions.

It was race lead for him over Rowland, with Wehrlein in third from Cassidy and Vergne, where both managed to clear Dennis. Behind him, Lynn stayed seventh as Guenther climbed to eighth from Mahindra’s Alexander Sims and Jaguar’s Mitch Evans.

It was not an easy run for Sims as he was involved a heavy scuffle with Lotterer. The Brit tried to get through him on the inside on a right-hander but the German squeezed him onto the wall, where he took away the advertising banner along.

It got caught into Guenther’s car as well, along with few others like Envision Virgin’s Robin Frijns. The momentary lack allowed the German to pass Sims for track position, with Lotterer falling behind in the pack, outside the Top 10.

There was penalty for Audi’s Lucas di Grassi for hitting the back of Mercedes’ Nyck de Vries, which ended the Dutchman’s race. The Brazilian had more trouble with few more incidents involving Buemi, Jaguar’s Sam Bird and NIO’s Tom Blomqvist.

Dragon’s Sergio Sette Camara was handed a 5s penalty early in the race for colliding with NIO’s Oliver Turvey, who retired midway in the EPrix. At the front, meanwhile, Mortara started to come under pressure from Wehrlein, who cleared Rowland.

The Brit had a scruff with the wall which unsettled him but kept third from Cassidy, while Vergne had Dennis and Lynn on his tail. The Frenchman driver ahead spun on his own, allowing the other two to fifth and sixth, with the DS Techeetah driver keeping seventh.

But Guenther caught him well and took away the place, as Evans and Frijns completed the Top 10 after a retirement for Sims. There was late drama for DS Techeetah’s Antonio Felix da Costa after he smashed onto the wall after going wide at Turn 7.

He managed to get going which did not require a safety car as Mortara had some breathing space after Wehrlein made a mistake. It was enough in the end for the Venturi driver to win Race 2 of Formula E weekend in Puebla EPrix from the German.

It was first Formula E podium for Cassidy after he passed Rowland in the end stages, as Dennis kept fifth from Lynn, who kept off Guenther in the end. Vergne was eighth from Evans, while Audi’s Rene Rast passed Frijns for 10th after starting from last.

UPDATE: Post-race, Wehrlein lost his podium after a five-second penalty for improper use of fan boost, even though he did not gain any power boost as he did not have enough remaining to take advantage of the situation.

The stewards note said: “The Stewards received a Technical Report about overpower. After hearing the mentioned persons above the Stewards found that there was no over power but an improper use of the fan boost.

This dropped him to fourth in the standings, allowing Rowland to take third. There was also a drive-through penalty for Blomqvist for power overusage, while Lotterer and Eriksson were let go of their respective collisions with another driver.