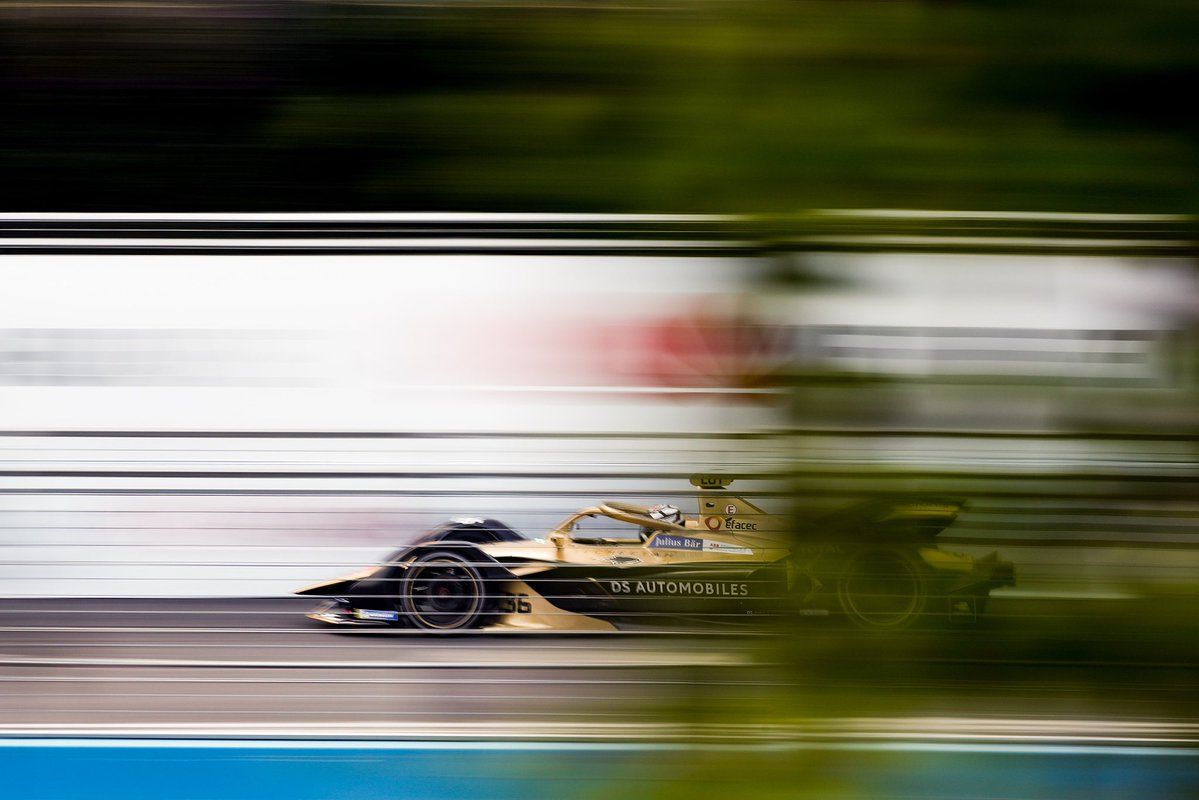 The Top 5 drivers in the 2018/19 Formula E championship headed out for Group 1 session in Rome ePrix with BMA Andretti’s Antonio Felix da Costa (1m30.804s) heading the way from Envision Virgin’s Sam Bird (1m30.880s) despite the struggles for the British racer.

Audi’s Lucas di Grassi (1m30.977s) was third with DS Techeetah’s Jean-Eric Vergne (1m31.016s) fourth but the two came quite close together on track at one moment with Mahindra Racing’s Jerome D’Ambrosio (1m31.192s) slotting in fifth.

The second group changed the complexion of the standings with DS Techeetah’s Andre Lotterer storming into the lead with a 1m29.761s ahead of Venturi’s Edoardo Mortara (1m30.397s) despite the Monegasque brushing the wall.

The third group was red-flagged after BMW Andretti’s Alexander Sims came to a halt mid-way in the track. By that time, Jaguar’s Mitch Evans had set a time while others were to improve on their laps as well but all times were deleted under the red flag conditions.

The drivers went out again with Evans still managing to go quick to slot into second with a 1m29.942s lap with Nissan e.Dams’ Sebastian Buemi (1m30.341s) finishing third to find a place in the Super Pole which bumped da Costa and Bird out of contention.

The three drivers made it into the Top 6 as they pushed out Mortara, Frijns and Wehrlein. In his first qualifying for Jaguar, Alex Lynn (1m30.500s) finished ninth while NIO’s struggle continued with Tom Dillmann (1m31.220s) only 21st.

Just when the drivers readied themselves to fight for pole, it started to rain at certain parts of the circuit in Rome – much to add to the troubles of the drivers. The slippery conditions did played a role with Buemi only managing 1m36.331s from his effort.

It looked like the Kiwi would take pole when Lotterer made a mistake in the hairpin as Jaguar started to celebrate but the German still managed to go quicker with a 1m32.123s lap and take his first Formula E pole in Rome EPrix.

He also became the seventh different pole-sitter in the 2018/19 Formula E season as he headed Evans, Lopez, Gunther, Vandoorne and Buemi in the Top 6 while Mortara, Frijns, Lynn and Wehrlein completed the Top 10.