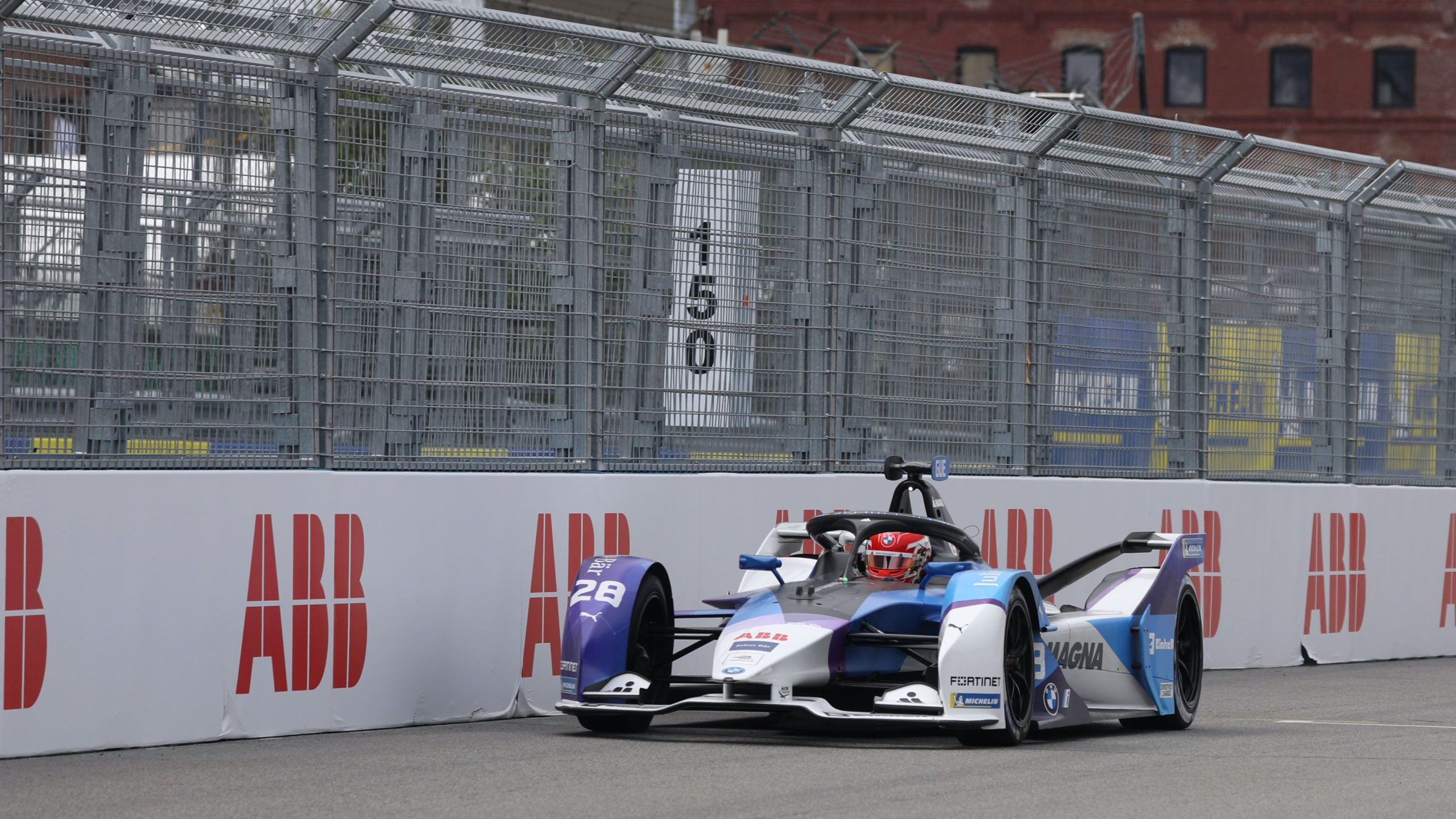 It was a clean start from pole-sitter Nick Cassidy in Race 1 of Formula E New York EPrix in his Envision Virgin car, as Mahindra’s Alexander Lynn was up to second going into the Turn 1, but lost out going wide, to drop to fifth in the order.

The Top 10 was rounded out by Nissan e.dams’ Oliver Rowland and Porsche’s Andre Lotterer, as Dragon’s Sergio Sette Camara and NIO’s Oliver Turvey were handed a drive-through penalty for throttle map infraction and power overuse, respectively.

It was a steady run until Wehrlein clouted the back of Lynn, while attempting for the Attack Mode. It ended the German’s race, while the Brit lost places, having already used his Attack Mode. It was Cassidy still leading from Vergne, but on lower energy.

Buemi lost more places with Guenther taking him for third, whereas di Grassi and Rowland got through him for fourth and fifth, respectively. He lost another place to Envision Virgin’s Robin Frijns upon Full Course Yellow re-start after Jaguar’s Mitch Evans stopped on track.

Frijns passed Rowland for fifth in his chase di Grassi, where Lynn was eighth from Lotterer and Sims in the Top 10. The fight for the last places in the Top 10 hurried on with the German passing the Brit for eighth, as Dennis passed both the Mahindra drivers.

However, his luck was done, as he slowed with a mechanical problem. As Sims tried to pass Lynn, he lost out on the tyre marbles and dropped behind Jaguar’s Sam Bird, Audi’s Rene Rast and DS Techeetah’s Antonio Felix da Costa, to be 13th.

At the front, Cassidy started to come under pressure being on less energy. Vergne went for a move at Turn 10 and touched wheels with the Kiwi into the hairpin, which allowed Guenther from third shot up to the lead after a clean exit from the corner.

Di Grassi moved up too third as Cassidy dropped to fourth, who had Frijns on his ail along with Rowland, Buemi and Lotterer. Bird was a bit far off in ninth as Rast moved up to the Top 10 after passing Lynn, whereas his teammate Sims retired with an issue.

At the front, once in the lead, it was maintained like that until the end with Guenther winning Race 1 of Formula E New York EPrix from Vergne and di Grassi, as Cassidy held off teammate Frijns for fourth, while Buemi passed teammate Rowland for sixth on the line.

Lotterer was eighth from Bird and Rast in the Top 10. Having started from the second row, Lynn was only 11th from da Costa, with Mercedes’ Nyck de Vries 13th ahead of Venturi’s Edoardo Mortara and teammate Nato – where the Swiss racer was 14th after starting from back.