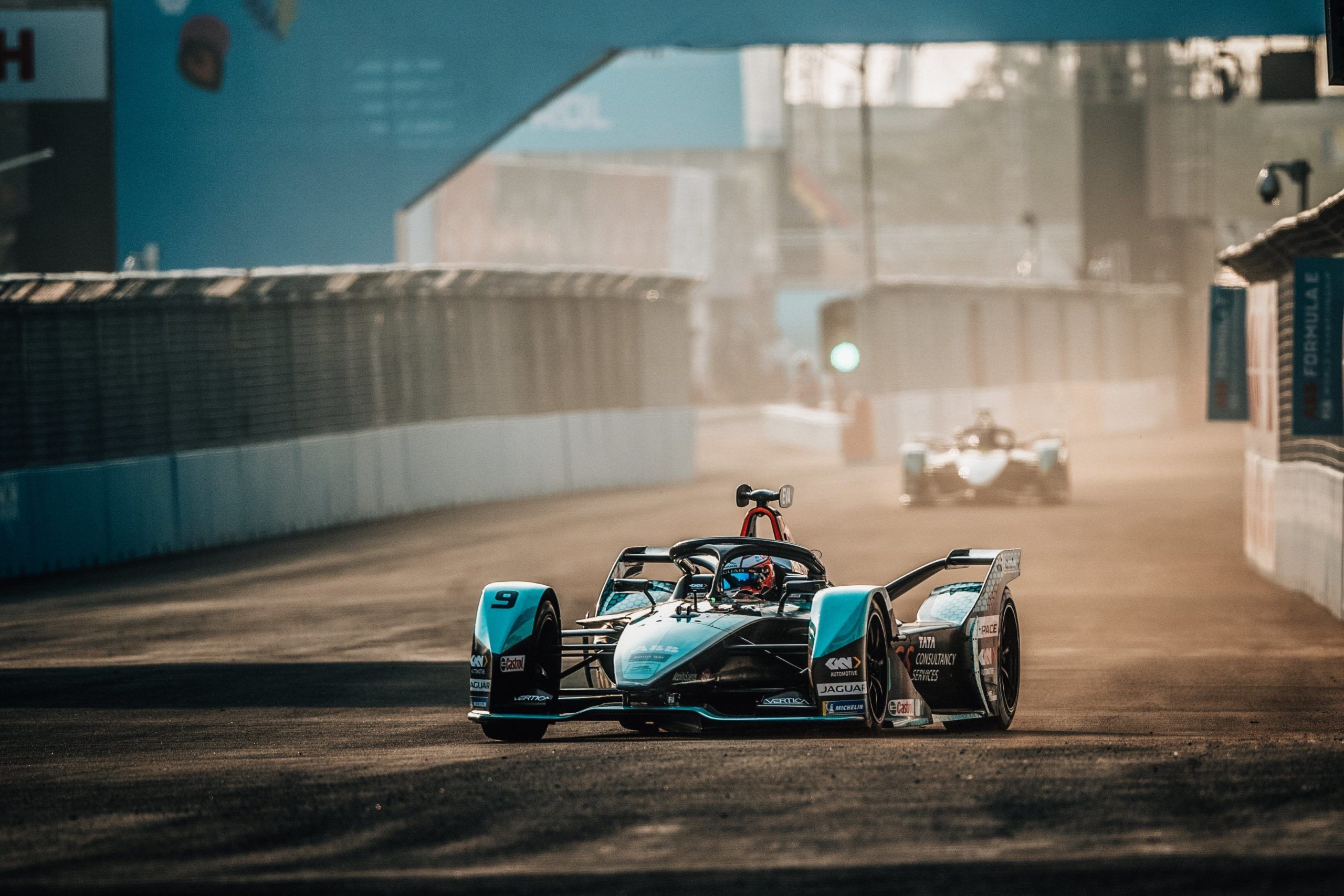 Mercedes’ Stoffel Vandoorne moved up to sixth from Nissan’s Sebastien Buemi as Porsche’s Pascal Wehrlein moved up by three places to eighth from teammate Andre Lotterer, who barged his way through Mercedes’ Nyck de Vries in the Top 10.

Before any move could be done, the safety car was deployed when the front-left wheel came off from Mahindra’s Oliver Rowland’s car. That happened at the same time with Dragon Penske’s Antonio Giovinazzi had a spin while fighting Sergio Sette Camara.

On re-start, Vergne led the way but Evans passed da Costa for second. The Portuguese took both his Attack Modes in quick succession as he dropped behind Mortara, who took his first one very late in the race much like race leader Vergne.

Once the Attack Mode was settled, Vergne was back in lead from Evans and Mortara, as da Costa dropped to fourth from Vandoorne in Top 5. Wehrlein did well to be sixth with Dennis just behind him as Venturi’s Lucas di Grassi made his way up to eighth.

This dropped Lotterer to ninth with de Vries in the Top 10. At the front again, Vergne had Evans on his tail for the win with Mortara a bit behind from da Costa and Vandoorne. The fight for sixth saw Dennis hold base despite the push from Wehrlein.

In his fight with di Grassi, a small touch dropped Wehrlein to 10th with the Brazilian in seventh, Lotterer eighth and de Vries ninth. But it didn’t take long for Wehrlein to get back on the tail of di Grassi in eighth after passing Lotterer.

Envision’s Sam Bird was up to 10th after de Vries suffered a puncture and pitted to retire. Meanwhile, at the front, Evans made a surprise move on Vergne on the inside to take the lead in Formula E Jakarta EPrix, with slightly more energy left.

Mortara steadied in third as da Costa had Vandoorne to fend off. While the replays never came but Lotterer was handed a 5s time penalty for causing a collision against de Vries. At the front, it soon became a three-way fight for the win.

It was very close in the end with Evans holding off Vergne and Mortara to win Formula E Jakarta EPrix, with the Top 3 separated by only 0.967s over the line. Da Costa held off Vandoorne for fourth, with Dennis in sixth from di Grassi.

Wehrlein was eighth from Lotterer but the latter’s penalty meant he dropped to 11th, which allowed Bird to be ninth and Buemi in 10th.