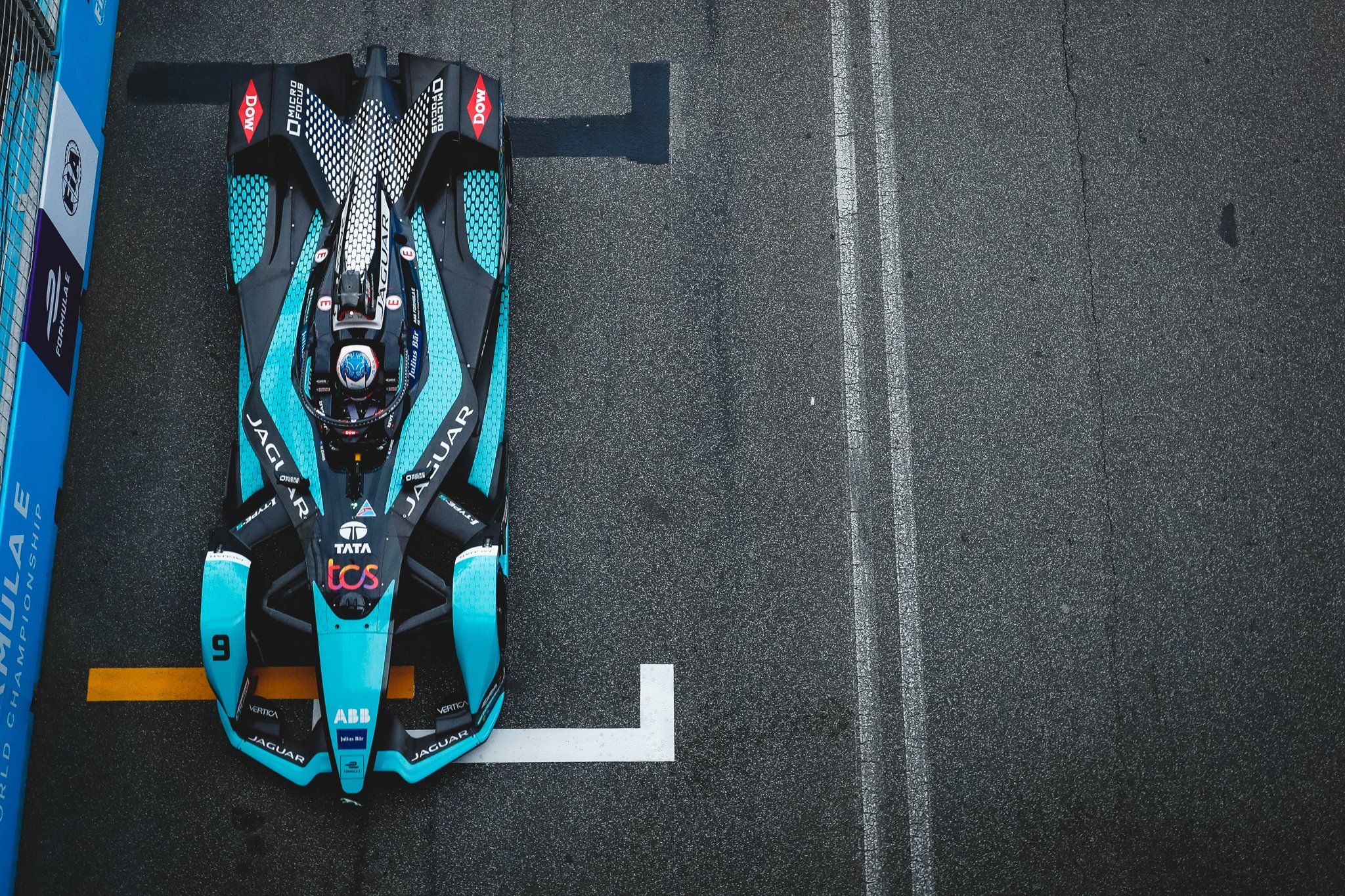 It was a clean start to Race 1 in Formula E Rome EPrix weekend especially at the front with Mercedes’ Stoffel Vandoorne leading Envision’s Robin Frijns from the other Mercedes of Nyck de Vries, DS Techeetah’s Antonio Felix da Costa and Jean-Eric Vergne in the Top 5.

Andretti’s Jake Dennis was sixth from Jaguar’s Mitch Evans with teammate Sam Bird up to 10th behind the Porsche pair of Pascal Wehrlein and Andre Lotterer. There was a melee from 10th onward as Venturi’s Edoardo Mortara spun Mahindra’s Oliver Rowland.

It caused a traffic jam in the tight left-hander with the Nissan e.dams duo of Sebastie Buemi and Maximilian Guenther stuck behind. It also caught out Venturi’s Lucas di Grassi and the NIO pair of Oliver Turvey and Daniel Ticktum.

They all managed to continue barring Rowland and Guenther. The former pitted to rejoin, the latter smashed onto the tyre barrier calling out Full Course Yellow which was converted into full Safety Car. The time lost was adjusted to the time later on.

The re-start saw Vandoorne continue to lead from Frijns, but the Dutchman eventually passed him for the Formula E Rome EPrix lead amid host of drivers taking the Attack Mode. Mortara was handed a 5s time penalty, as Dragon’s Antonio Giovinazzi was put under investigation for speeding under FCY.

At the front, Frijns led the way from Vandoorne and de Vries with Vergne in fourth. Behind them, da Costa lost couple of places to Dennis and Evans but replays showed that the Brit tapped the Portuguese which forced him to take evasive action and lose places.

Evans, meanwhile, passed not only Dennis but also Vergne and de Vries to move up to third. Dennis was down to sixth with Wehrlein moving up to seventh from da Costa, Loterer and Bird in the Top 10. At the front, Frijns took the second Attack Mode first.

He had pass Vandoorne, but the Belgian came back on him to retake the Formula E Rome EPrix after using his Attack Mode. The two soon had Evans on their tail, as Vergne and Dennis passed de Vries who started to drop down the order.

In the meantime, Frijns was back in the lead after Vandoorne got out of shape. But Evans with more energy managed to pass both of them on successive laps to take the lead. Dennis got two of them too to be second but with less energy at hand, he dropped back.

It didn’t take much time for him to drop to outside of the Top 10, with Evans leading comfortably. Vandoorne got back to second from Frijns with Vergne right in the fight. Behind them, the likes of Bird and Mortara started to make inroads.

The extra time added brought them into the game as Frijns got through Vandoorne for second with Vergne, Bird and Mortara in the game. Evans, meanwhile, dominated once in lead to win Race 1 of Formula E weekend in Rome EPrix.

Frijns held onto second along with Vandoorne in third from Vergne, Bird and Mortara. But the 5s penalty to the Venturi driver meant he dropped to sixth with da Costa in sixth, as Wehrlein, Envision’s Nick Cassidy and Lotterer rounded out the Top 10.

Di Grassi missed out on points in 11th with Mahindra’s Alexander Sims 12th ahead of Andretti pair of Dennis and Oliver Askew, where the former’s penalty was applied. Dragon’s Sergio Sette Camara rounded out the Top 15, with a penalty against his name too.