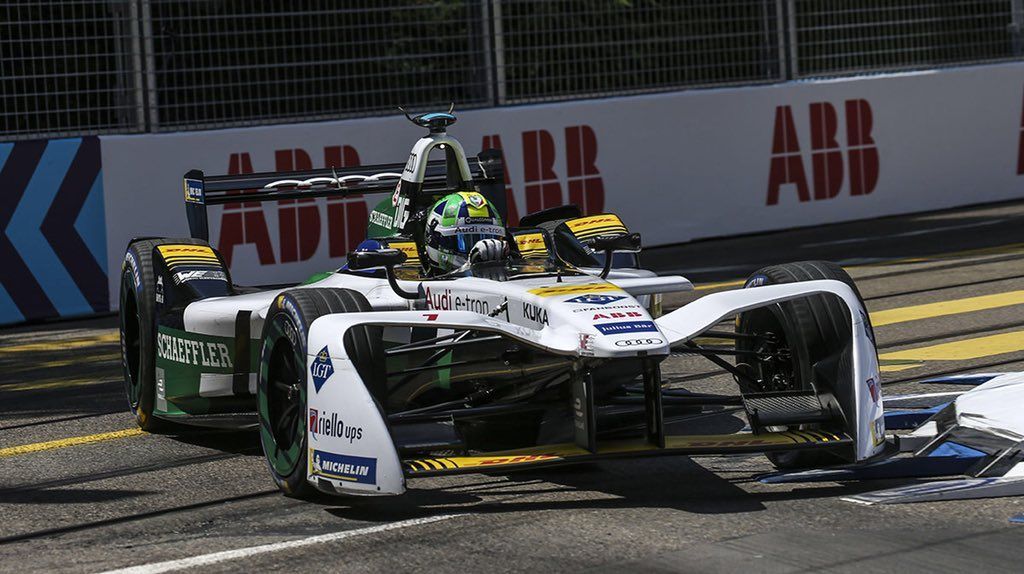 After seeing his teammate win in Mexico and Germany, Audi’s Lucas di Grassi claimed his first victory in the inaugural FIA Formula E Championship race in Switzerland after fighting his way up from fifth on the grid.

The Brazilian cleared Dragon Racing’s Jerome D’Ambrosio at the start and followed it up with an overtake on DS Virgin’s Sam Bird on Lap 13 taking the inside line on the left-hander to move himself into the podium position.

It was not it as he quickly chased down Techeetah’s Andre Lotterer and race leader Jaguar Racing’s Mitch Evans to move into the race lead on Lap 18 which he kept on until the end, building a comfortable lead of 7.542s as mayhem ensued behind him.

Even though he has lost the chance to fight for the title, the Brazilian made history by winning the first-ever race in Swizterland. Meanwhile, after multiple driver-through penalties for speeding under the FCY, it was Bird finishing in second.

The British driver salvaged his title chance after Techeetah’s Jean-Eric Vergne’s 10th place finish. The gap now stands at 23 between the two with the season-finale double-header remaining in New York.

The podium was completed by D’Ambrosio in the Dragon car after the Belgian was also helped by the penalties to other drivers after running seventh for most part of the race. He even lost a place to teammate Jose Maria Lopez, but a consistent run helped him to take the season’s first podium.

In fourth was Lotterer who was among the penalty holders like Buemi behind him. The German ran behind Evans after di Grassi’s move but he managed to take the Kiwi just when they were handed the penalty.

Evans lost more places after Buemi took him on using the FanBoost to make it an easy pass, while Mahindra’s Nick Heidfeld also cleared the Kiwi to finish a respectable sixth having started 13th in the race.

Another of the biggest movers was Andretti’s Antonio da Costa who finished eighth after starting 15th while NIO’s Oliver Turvey was ninth having started last – making up 11 positions in the race and fending off Vergne in the end.

The Frenchman had fought his way up from 17th to sixth at one point, but he lost time in the pits under the FCY and was then handed the drive-through penalty dropping him 12th before he made his way up to 10th again.

Venturi’s Maro Engel was 11th with Lopez finishing 12th after the Argentine missed on a solid points result when he hit the wall while running eighth following a drive-through penalty for speeding under the FCY.

Germany’s race winner Audi’s Daniel Abt salvaged 13th after his rear wing broke off at the start when Jaguar Racing’s Nelson Piquet clouted his back at the start – damaging his front wing in the process. The Brazilian was forced to retire.

Andretti’s Stephane Sarrazin finished 14th ahead of Mahindra’s Felix Rosenqvist after the Swede was pushed into the wall while in a wheel-to-wheel battle with Vergne earlier in the race. DS Virgin’s Alex Lynn was the last of the finishers in 16th.