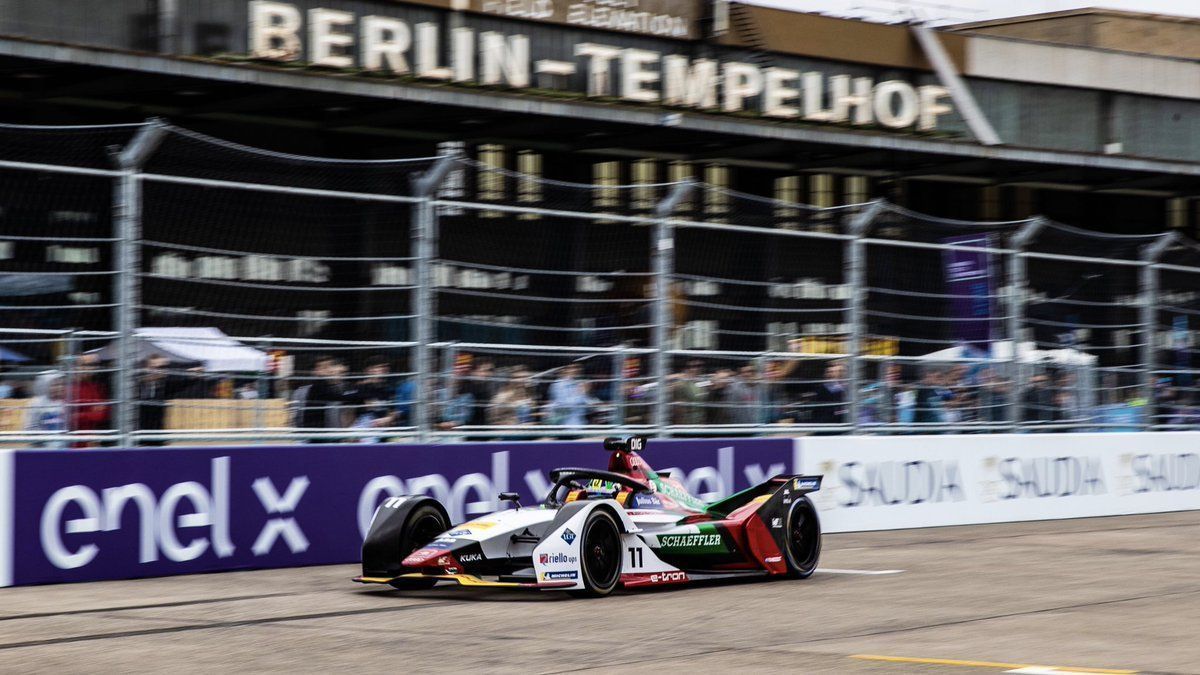 It was a good start from pole-sitter Nissan e.Dam’ Sebastien Buemi to lead the Formula E Berlin EPrix from HWA Racelab’s Stoffel Vandoorne and Audi’s Lucas di Grassi with teammate up to fourth from Jaguar Racing’s Alex Lynn.

Di Grassi wasted no time but to first clear Vandoorne and then Buemi to take the lead of Formula E Berlin EPrix as BMW Andretti’s Antonio Felix da Costa and DS Techeetah’s Jean-Eric Vergne started to make inroads from the mid-pack to the front of the field.

The two made their way into the Top 5 with da Costa even taking on Buemi for second but the Swiss racer fought back to re-take the position with the Portuguese then in the grasps of Vergne, who fought his way up like da Costa but couldn’t make the move stick.

Meanwhile, even though Vandoorne lost positions, he was fifth still with Abt in sixth from BMW Andretti’s Alexander Sims, Nissan e.Dams’ Oliver Rowland, Envision Virgin’s Sam Bird and Mahindra Racing’s Pascal Wehrlein in the Top 10.

The Full Course Yellow for Lynn slowed the field down but the re-start worked fine as the order stayed intact pretty much with di Grassi leading Buemi and da Costa ahead. It was more or less settled by then with di Grassi keeping his rivals in check with a fine gap.

Not only he won the Berlin EPrix but he scored his second Formula E win of the 2018/19 season as Buemi fended off a late charge from a spirited Vergne to finish second as the Frenchman kept his title chances well in check with a good third.

Da Costa lost out to Vergne but finished fourth ahead of Vandoorne, who had Abt right on his tail towards the end stages but managed to keep him off as Rowland, Sims, Bird and Wehrlein rounded out the Top 10 points position.

The German had Venturi’s Edoardo Mortara on his tail but he ended up only 11th with Jaguar’s Mitch Evans in 12th from Envision Virgin’s Robin Frijns. Behind him, GEOX Dragon’s Maximilian Gunther kept Venturi’s Felipe Massa at bay for 14th.

Having started off inside the Top 5, it wasn’t the finish HWA Racelab’s Gary Paffett would have wanted with the British racer ending up only 16th from Mahindra’s Jerome D’Ambrosio, who also had a dismal run after starting near the Top 10.

The NIO pair of Oliver Turvey and Tom Dillmann finished 18th and 19th respectively with GEOX Dragon’s Jose Maria Lopez 20th. The biggest heartbreak was for DS Techeetah’s Andre Lotterer who had to retire with battery issue.