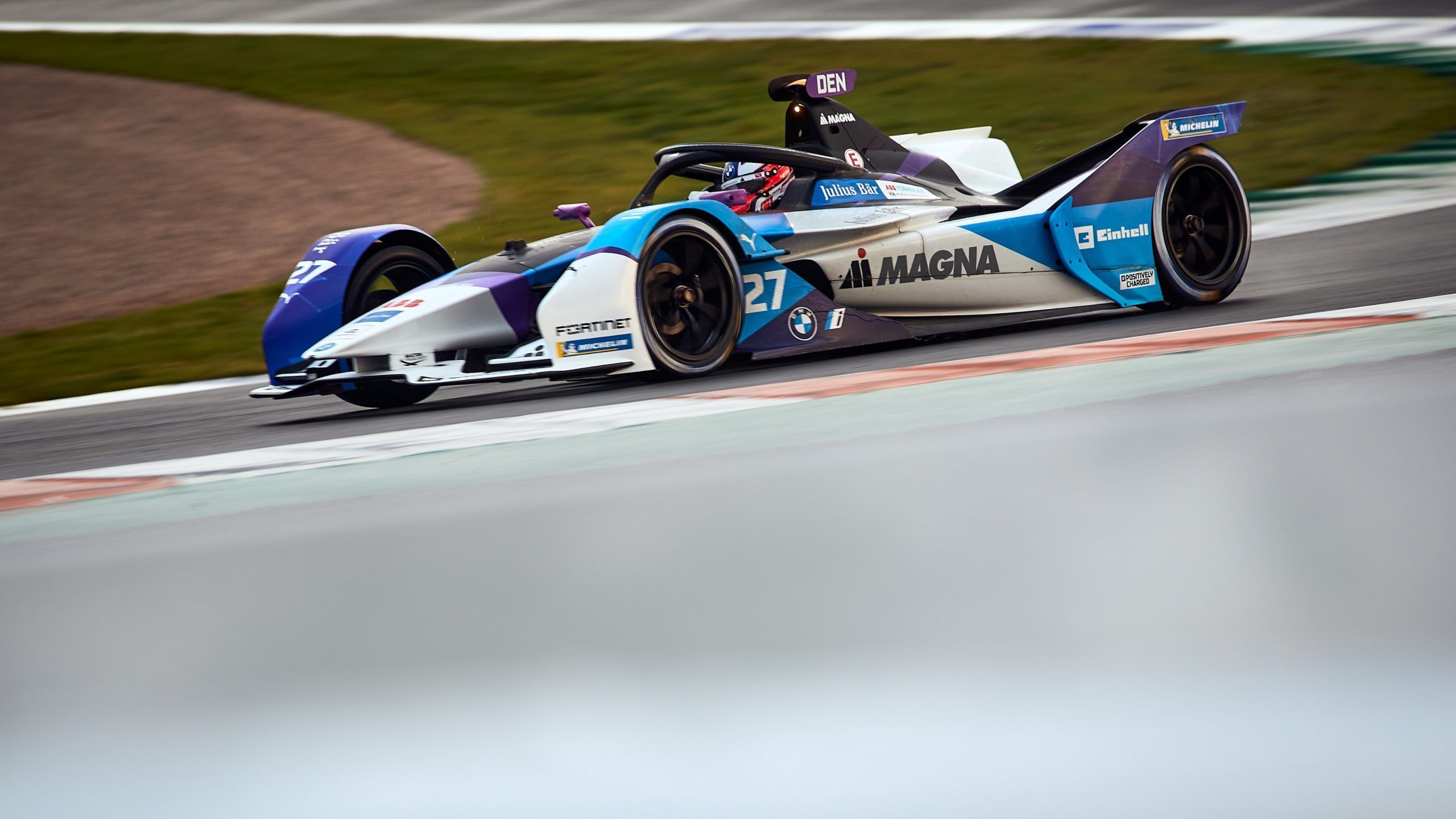 It was a clear weather for Race 2 of Valencia Formula E weekend as pole-sitter Jake Dennis led the way at the start in his BMW Andretti car, from Mahindra Racing’s Alex Lynn, with NIO 333’s Oliver Turvey slotting in third after passing teammate Tom Blomqvist.

In fact, Blomqvist had a good start off the line but lost out to drop to fifth behind Venturi’s Norman Nato. Another mover was DS Tecteetah’s Jean-Eric Vergne to be seventh from Porsche’s Andre Lotterer, with Nissan’s Oliver Rowland in eighth.

The Top 10 had DS Tecteetah’s Antonio Felix da Costa and Nissan’s Sebastien Buemi, but the latter lost to Dragon’s Sergio Sette Camara. There was a drive-through penalty for Mahindra’s Alexander Sims, who dropped far off in the back.

As Dennis led the way from Lynn, Turvey held third from Nato, while Vergne passed Blomqvist to be fifth, with Lotterer going by as well for sixth. Just behind, Venturi’s Edoardo Mortara gained couple of places to be 10th after clearing Buemi and Audi’s Rene Rast.

Having had a better run early on, Camara, dropped to 14th. Things steadied on until the first Attack Mode where Turvey gained a place on Lynn, but the latter retook second. In fact, the NIO 333 racer then lost to Nato, Vergne and Lotterer too.

Lotterer passed Vergne for fourth, as the Frenchman’s teammate da Costa and Audi’s Rene Rast came together in the chicane, where the former was pushed off onto the gravel, which allowed Rowland to get by both the drivers to gain track position.

The order at the front changed towards the end as Dennis continued to lead. Lynn started to hurry him but a tap from Nato dropped him to seventh, allowing the Venturi driver to be second. Out of nowhere, Rast was charging him in third.

He used it Attack Mode early, which helped him to gain a lot of track position from the back of the Top 10 to third. But Lotterer had him when he took his Attack Mode, with the Porsche driver moving up to third, while Vergne climbed up to fifth.

Rowland was sixth from Turvey, with Mortara in eighth from Lynn and Jaguar’s Mitch Evans in the Top 10. Just outside, Buemi and Mercedes’ Stoffel Vandoorne had a collision, where the Belgian tried a move on the Swiss driver in the chicane but hit the wall instead.

As Dennis led the way in the front, Nato in second was handed a 5s time penalty for causing a collision with Lynn, who moved up to fourth after passing Rast and Rowland, with Lotterer running third. It was getting tasty at the end of the race.

Dennis slowed a bit to save energy which was enough for the British racer to eventually win Race 2 of Valencia Formula E weekend from lights-to-flag. It was his first win as Lotterer and Lynn rounded out the Top 3, after Nato’s penalty dropped him to fifth behind Rowland.

Rast slotted in sixth from 14th, with Vergne in seventh, Turvey eighth, Mortara ninth, as Audi’s Lucas di Grassi rounded out the Top 10.