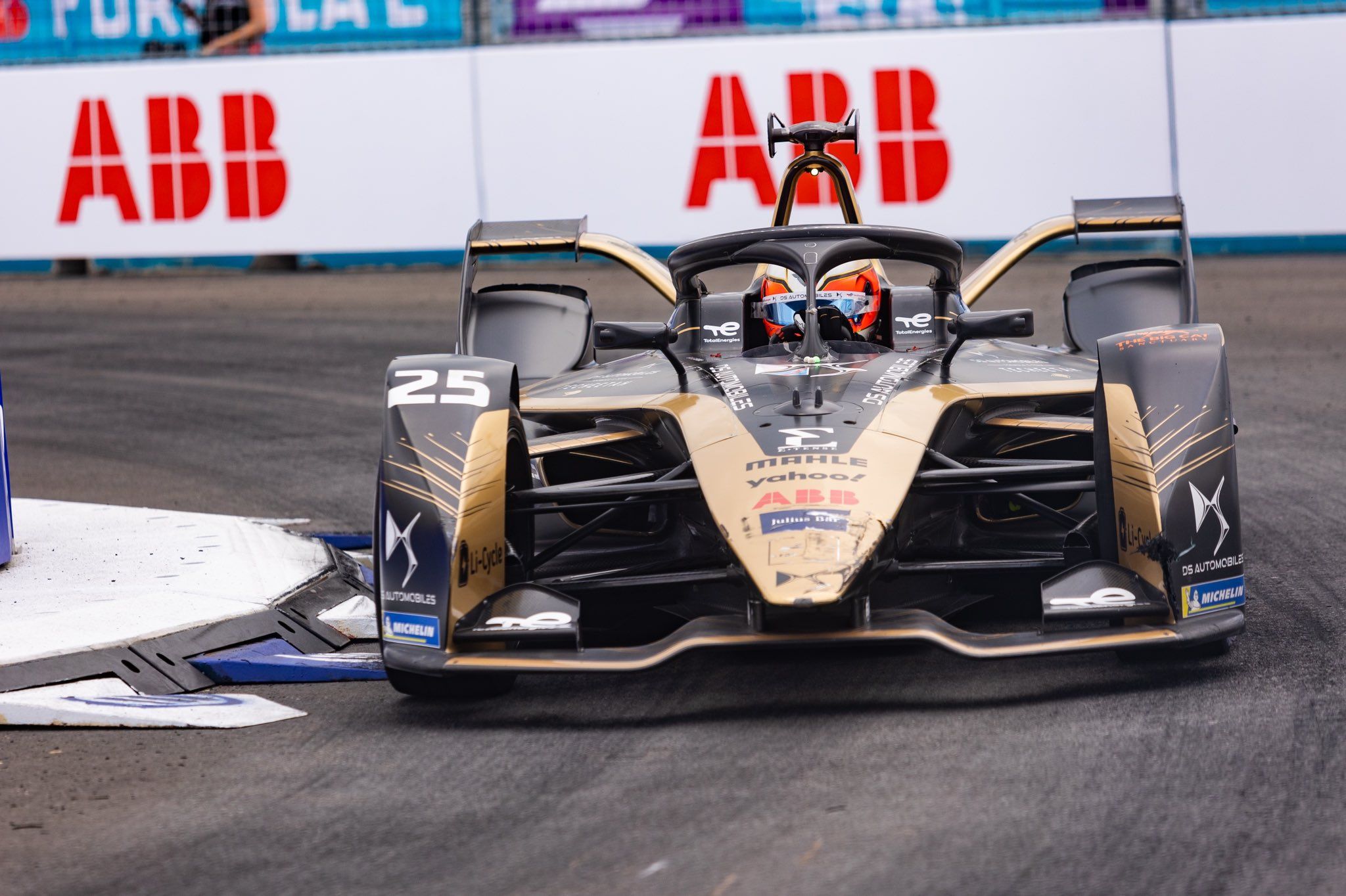 The Portuguese sprinted away from Julius Baer Pole Position and fended off the attentions of Sims early on before Vandoorne applied the pressure later in the race. The Mercedes-EQ driver could find no way through, with da Costa measuring things to the flag. Vandoorne’s second spot will likely be more than enough for one of Formula E’s most consistent scorers to leave the Big Apple with a smile on his face – especially with Drivers’ World Championship leader Mortara managing just a point and 10th spot, after a brake-by-wire issue in qualifying marooned him at the back of the grid.

Mitch Evans wound up third, holding on to a mid-race half-spin as he tried to break into the top three by Alexander Sims (Mahindra Racing). The Jaguar TCS Racing driver hit a bump in the Turn 6 braking zone and caught a huge sideways slide to keep it out of the wall and drop only to fifth. By the chequered flag he’d fought his way back to third and silverware, with Sims following home in fourth for Mahindra Racing.

Sam Bird’s scrap to fifth position from 16th on the grid left the Jaguar garage in raptures and reignited their Teams’ World Championship push. Robin Frijns rounded out the top six in the Envision Racing Audi, Nyck de Vries was next over the line in seventh, Jake Dennis (Avalanche Andretti) eighth, Porsche’s Andre Lotterer ninth and Mortara recovering to a valuable point in 10th.

That leaves Vandoorne back top of the Drivers’ World Championship, with an 11-point margin to prior leader Mortara. Evans is five points further back in third with Jean-Eric Vergne unable to score, the Frenchman sits 27 points shy of the top. Mercedes-EQ is top of the Teams’ running, seven points up on DS TECHEETAH. With the sun beating down on Red Hook, da Costa fired away to an advantage of almost a second over Sims and Vandoorne. The Porsche of Andre Lotterer failed to get away at all, with the pack squeezing to avoid contact and the German sliding to 11th.

Come Lap 5, the chasing pack led by Sims had reeled da Costa in to within half a second while Vandoorne followed the same distance back just ahead of his Mercedes-EQ teammate de Vries. Sette Camara held fifth, and was among the fastest runners at the time, with Jake Dennis (Avalanche Andretti) followed in sixth. Dan Ticktum in the NIO 333 Racing was the big mover in the early stages, up to 11th and a gain of six spots by Lap 7 – and like Sette Camara, among those to set an early TAG Heuer Fastest Lap.

Just one mandatory ATTACK MODE activation for Round 12, and Ticktum was the first to blink. The leaders waited for one-another to jump first – and it was de Vries and Sette Camara who went for it on Lap 11. The top two followed a lap later and Vandoorne was able to jump them both to briefly take first. Once it all shook out, though, it was as you were in the top six.

Bird was another big mover in the opening third of the race. The Jaguar TCS Racing driver started down in 18th position and had made it as high as eighth by Lap 13, before Dennis swept after taking his 30kW ATTACK MODE boost. On Lap 16, an error from Nyck de Vries saw his Silver Arrow 02 sideways and the door open for Evans behind. The Kiwi took his chance and crucially sat right behind fellow title challenger Vandoorne in fifth spot.

The top five sat one behind the other with leader da Costa heading Sims, Vandoorne, Evans and de Vries all within two seconds. Frijns was the next man back after dispatching Dennis with a regulation pass up the inside at Turn 1 on Lap 21. Vandoorne was next to spy an opportunity, catching second-placed Sims out at Turn 6 with a rapid switch to the inside of the Mahindra on Lap 23.

A lap later at the same spot, Evans tried to make it back by de Vries for fourth after the Mercedes-EQ had jumped him at the hairpin last time around. Evans almost lost the Jaguar over a bump on the brakes but produced an amazing piece of car control to hold it together and keep it out of the wall, importantly also staying fifth. Inside the last 10 minutes plus one lap and the field started to bunch back up again – the top 10 split by just six seconds.

On Lap 30, de Vries fell foul of the same bump as Evans had a couple of laps prior while trying to make it beyond Sims for third and slipped wide at Turn 6 to hand fourth back to the Jaguar driver. Unbelievably, on the very next lap, de Vries hit the same spot while defending from Bird, with the sister Jaguar able to profit and pinch fifth – an astonishing climb from fifth on the grid at lights out.

Heading into the final couple of minutes and da Costa still had control as he searched for a first win of Season 8. Vandoorne couldn’t make FANBOOST count but behind Evans was able to dispatch Sims with a smart move at Turn 6 – after which his team said energy would now need conserving. Two positions gained after that big save.

With two laps to go, di Grassi got turned around at Turn 7 causing a bit of a traffic jam – in that mix Vergne fell from the points to 19th position, which could prove costly in the championship battle. One point, minimum, slipping through his fingers.

From there, da Costa was able to bring it home for a first win for the Portuguese and DS TECHEETAH this season. Vandoorne followed for a strong haul and Jaguar’s third and fifth-placed finish, with Evans winding up third an Bird fifth had the British team’s mechanics in raptures. Sims finished fourth at the chequered flag, with Frijns sixth, de Vries seventh, Dennis eighth, Lotterer ninth and Mortara picking up a point with 10th.