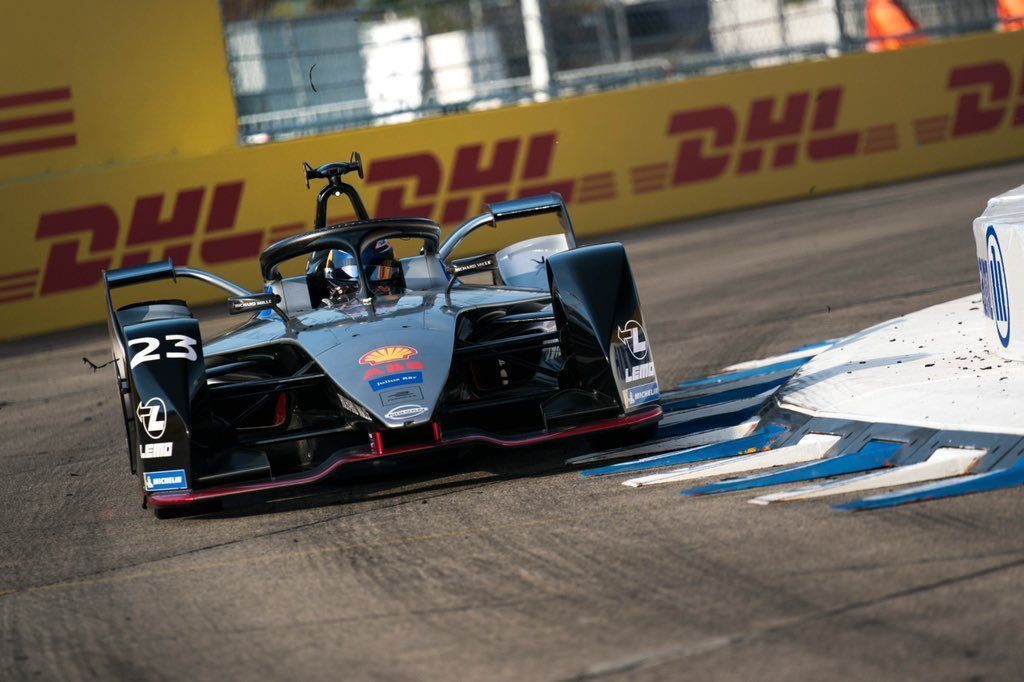 Not many ventured out at the start of the first group in Formula E Berlin EPrix qualifying as all the drivers wanted to set their quick lap time as late as possible. This caught out DS Techeetah’s Andre Lotterer eventually in a crucial title battle.

The German was late in crossing the line as he ended up only fifth with a 1m12.568s lap, while teammate Jean-Eric Vergne (1m08.046s) was third as Audi’s Lucas di Grassi headed the group with a superb 1m07.926s lap.

The two made it into Super Pole for now as they pushed out Frijns and Lotterer, who even dropped behind Envision Virgin’s Sam Bird (1m08.182s) in seventh and Jaguar Racing’s Mitch Evans (1m08.314s) in eighth.

This pushed Vergne and D’Ambrosio outside the Top 6 with Mahindra Racing’s Pascal Wehrlein (1m08.086s) slotting in ninth while Venturi’s Edoardo Mortara (1m08.223s) 12th and Felipe Massa (1m108.348s) 14th – the latter brushing the walls on his quick lap.

There was no change at the top after the fourth group but HWA Racelab’s Gary Paffett (1m07.877s) and Jaguar’s Alex Lynn (1m07.920s) made it into Super Pole with the duo finishing fourth and fifth, pushing out Abt and da Costa – the former is under investigation.

The final part of qualifying started with Audi’s di Grassi setting a 1m07.719s lap with Jaguar’s Lynn slotting in second with a 1m07.849s lap but he was pushed to third with HWA Racelab’s Paffett slotting in third then with a 1m07.783s lap.

It wasn’t a good lap from BMW Andretti’s Sims, who ended up only fourth with a 1m08.017s lap but Nissan e.Dams’ Buemi decimated the opponents with a 1m07.295s to take Formula E Berlin EPrix pole with HAW Racelab’s Vandoorne (1m07.693s) in second.