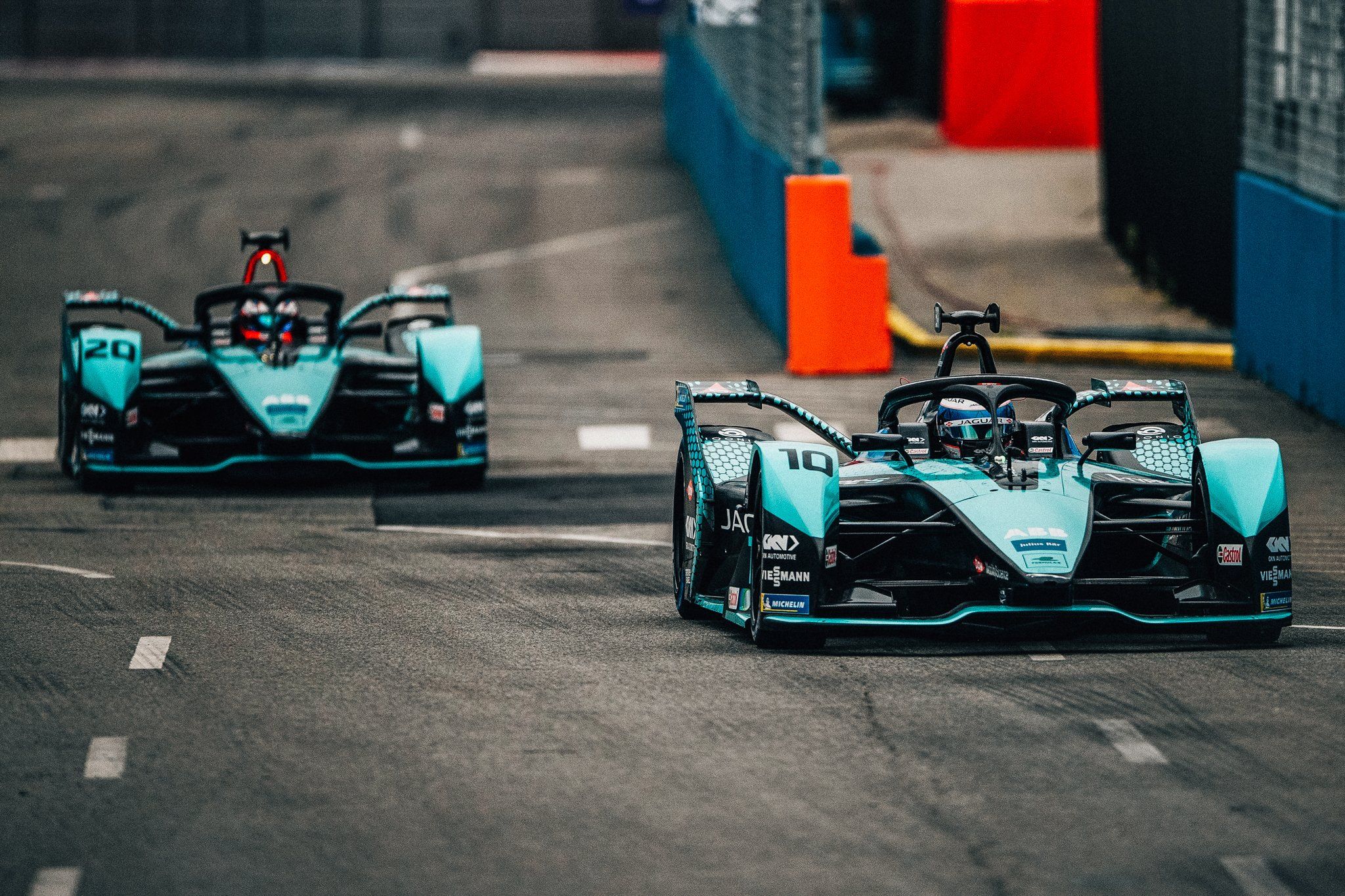 It was places gained for DS Techeetah’s Antonio Felix da Costa and Mahindra’s Alexander Sims to be sixth and seventh, with Porsche’s Andre Lotterer losing out in eighth from Audi’s Rene Rast and Nissan e.dams’ Sebastien Buemi in the Top 10.

There was an immediate safety car neutralisation after DS Techeetah’s Jean-Eric Vergne couldn’t start the Formula E race from last place. The re-start worked well for the Jaguar duo as Bird led Evans, while Cassidy remained in third place.

The two Porsche gained places with Wehrlein in fourth from Lotterer, who recovered after a bad start. Da Costa was up to sixth with Camara dropping to seventh from Sims, Buemi and Audi’s Lucas di Grassi in the Top 10, where the Brazilian moved into points.

Rast lost out after a tussle with Buemi, where he shed some carbon. The corner caught out Venturi’s Edoardo Mortara and BMW Andretti’s Jake Dennis too, where the Swiss racer lost out after ramming into the wall, after a small collision with the Brit.

Mortara managed to stop his car on time but he dropped to the back of the field, with every chance of losing his Formula E points lead. NIO’s Tom Blomqvist and Dragon’s Joel Eriksson, meanwhile, were handed a drive-through penalty for power usage.

Eriksson had more dramas with Nissan e.dams’ Oliver Rowland, where the latter was handed a 5s time penalty for causing a collision. At the front, the two Jaguar drivers were in a fight against Cassidy, as the Top 3 had some gap to the two Porsche drivers.

Behind Sims cleared Camara for seventh as Buemi spun off from ninth to 12th after a contact from di Grassi, who had Venturi’s Norman Nato and Mahindra’s Alexander Lynn on his tail, in the fight for 10th – what became ninth after the Swiss racer’s spin.

The incident between Buemi and di Grassi was put under investigation. At the front, Bird seemingly was in control but teammate Evans not, where he was being chased by Cassidy all-through. Da Costa, meanwhile, passed both the Porsche drivers to be fourth.

He started hustling Cassidy too, with Wehrlein and Lotterer not far behind. There was a 10s time penalty for di Grassi for causing a collision, which was clear out of points finish, even though he was running ninth for most part of the Formula E race.

The dying moments changed the running order behind Bird, as Evans dropped from second to sixth, allowing Cassidy, da Costa, Wehrlein and Lotterer through. There was change at the back with di Grassi clearing Camara for seventh but in vain.

While dramas at the back of the field was on, Bird had it under control to win Race 2 of New York EPrix to now lead the Formula E championship, as Cassidy held off da Costa’s charge for second, with Wehrlein and Lotterer completing the Top 5.

Sims was sixth after Evans eventually ended up 13th after limping over the finish line. A penalty for di Grassi and slow finish for Camara, allowed Nato to end up sixth from running 10th, while Frijns was eighth from Lynn and BMW Andretti’s Maximiliam Guenther.

It was a last-minute points finish for Frijns, Lynn and Guenther after running outside the Top 10, with Camara only 11th from Mercedes’ Stoffel Vandoorne, Evans, di Grassi and Buemi in the Top 15. Replays, meanwhile, showed the moment Evans hit the wall.