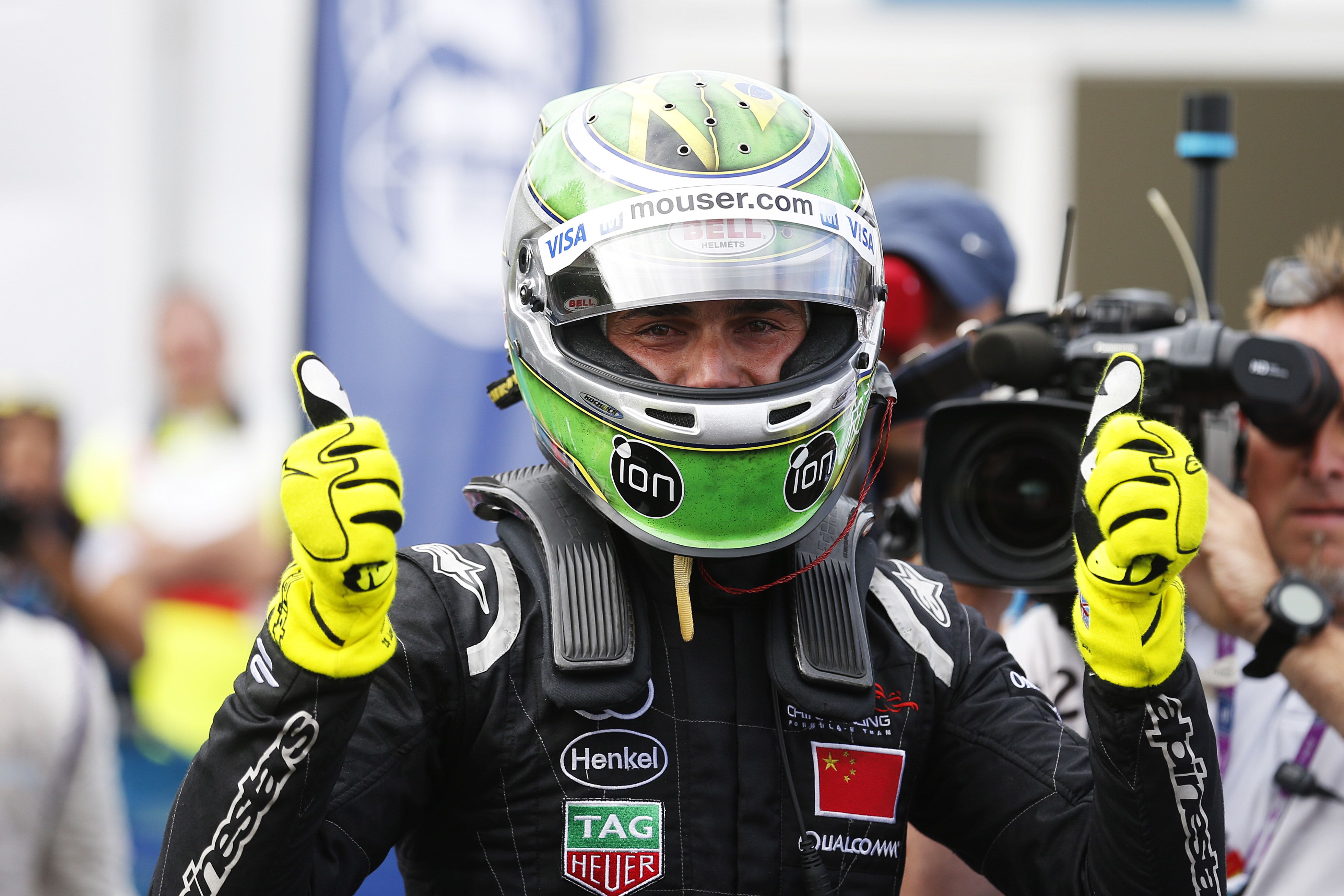 This was the first season of Formule E, a unique and innovative project. The FORMULARAPIDA.NET director, Arnau Viñals, brings you the analysis of a very exciting season with young and experienced drivers, most of them of great quality, in a competition with electric cars.

Piquet wins thanks to saving

Nelson Piquet Jr didn’t have a very good reputation after the crash-gate in the Singapore GP 2008. Another lost talent in Formula 1. He could be seen as a driver capable of everything or a coward, and this year he’s proved the former.

Strategy and keeping a cool head gave him the victory only 1 point ahead of Buemi. Although the first two races weren’t great, his team discovered the key for the victory in the following races: saving energy in order to put off the pit stop and be able to attack at the end of the race. 2 wins, 3 podiums and 1 fastest lap made him the champion.

Buemi and Di Grassi, winners and losers
Di Grassi and Buemi could have fought for the title without Piquet, but their errors cost them the final win.

Buemi had a terrible first race, but after that he showed good pace and capability to dominate. 3 wins, 1 podium and 1 fastest lap, but an accident in Buenos Aires when he was on the lead was crucial to compromise his championship possibilities. Also, a spin on the last race made him lose one place and, thus, two points which would have given him the championship.

Di Grassi was another championship contender. He won the first race and chained three podiums in a row. However, a retirement in Buenos Aires when leading and the disqualification in Berlin because of his team left him in a difficult position in the fight for the title. He should improve his performance in qualifying.

Good, but not enough
Jêrome d’Ambrosio, Sam Bird, Nicolas Prost, Jean-Éric Vergne and António Félix da Costa showed they were good drivers, good enough to win but not to succeed.

Bird and Prost started the season in good shape, but they weren’t able to keep the good results. The Frenchman had some very good qualifying in the first races, but after winning in Miami the points finish weren’t enough to keep him in the fight. Bird lost his chance because of several mistakes, both his and his team’s.

D’Ambrosio followed the opposite path, getting stronger as the season went by. No retirement, almost always points finish, 2 podiums and 1 win at the end of the year show his consistency. His weak point was qualifying and lack of aggressiveness. Vergne and Da Costa missed some races, which maybe made them be too aggressive at times and not perform well in qualifying.

Team lineups changed constantly throughout the year. Loïc Duval replaced Servià and helped his team Dragon Racing getting second place in the championship with his two podiums.

Oliver Turvey’s performance was also remarkable, with great race pace and good decisions which brought him to get points in both races in London.

On the other hand, Scott Speed and Salvador Durán didn’t give their best. Speed didn’t shine after his podium in Miami, and Duran made many mistakes despite being rewarded with the fan boost in several occasions.

Guenther switches to Nissan for 2022 Formula E alongside Buemi