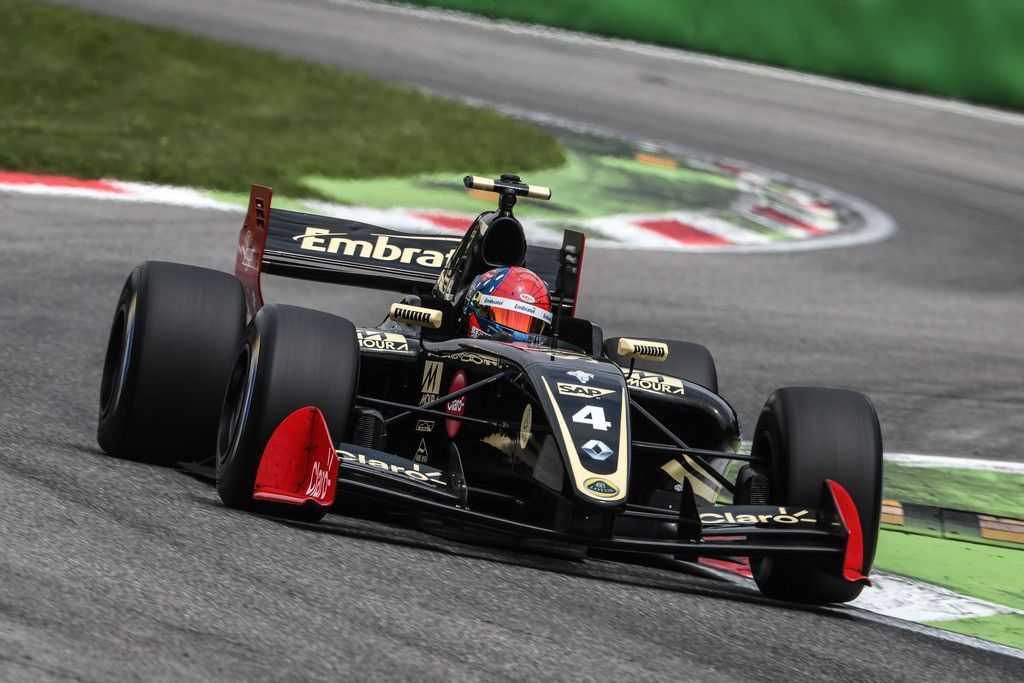 The World Series Formula V8 3.5 teams and drivers enjoyed another clean run today in Collective Test 2 at Monza as the Italian Cathedral of Speed continues to be the home of the third round of 2017. Most of the action in terms of the fastest laps was concentrated in the final stages, with drivers getting the most out of their new tires. As the checkered flag fell, it was Lotus to prevail with a brilliant 1-2 finish.

As the session was coming to its completion, Pietro Fittipaldi (Lotus) stormed to the top of the charts with a lap of 1:34.388 to top team-mate René Binder (Lotus) by 0.389s. Ending up third were Roy Nissany and RP Motorsport, with the Italian squad lining-up with three cars for their home race. After a damp first session, Collective Test 2 never required the use of rain tires although a few drops of rain at the end of the front straight, which caused no issues to the drivers, led the stewards to declare the session wet.

Pietro Fittipaldi (Lotus)
“We have been the fastest at the end of the collective testing so I’m really happy as we are extremely competitive. Let’s see how it goes in Qualifying 1 later on today and Qualifying 2 tomorrow. We have a gap of almost four tenths and we are perfecting everything for qualifying in order to keep pushing for the pole”.